Now you can reduce your eco impact as you downward dog. 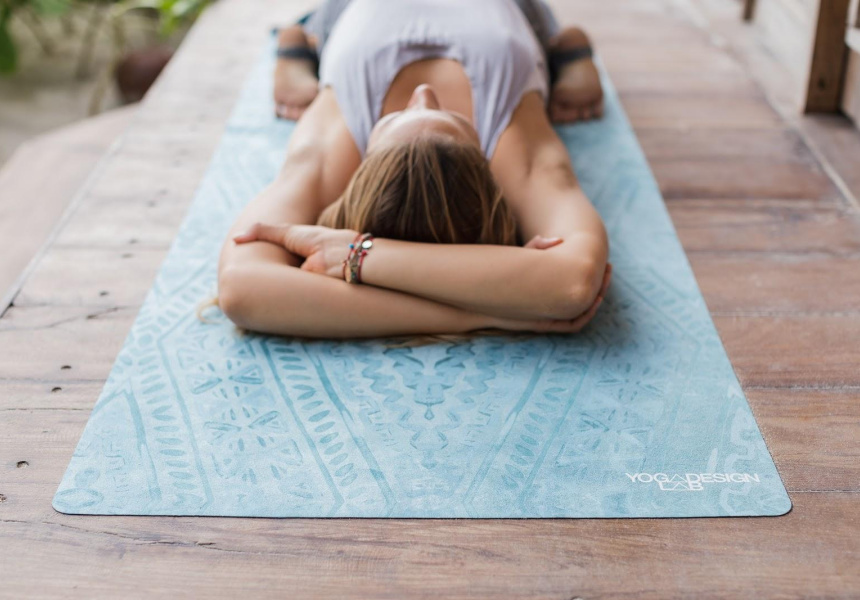 Looking around a packed yoga class in 2014, Canadian-born Chad Turner saw a sea of cheap, mass-produced yoga mats that all looked the same. He thought there must be a way for yoga mats to be both beautiful and functional. He packed his bags and moved to Bali, where he founded Yoga Design Lab, which makes yoga towels, hand towels and yoga mat straps. Last winter he launched a line of luxurious and beautiful yoga mats made from recycled plastic bottles.

“The goal was to create a beautiful, highly functional product with the smallest eco footprint possible,” says Turner, a former ice hockey-player turned yogi. “Countless yoga mats end up in landfills because they’re made from non-recyclable, hazardous materials. While our overall goal is to limit plastics usage, at least we can start repurposing what’s already out there and keep it from our oceans.”

Yoga Design Lab’s signature Combo mats are made with biodegradable tree rubber and microfibre made from recycled water bottles to try and help counter the more than eight million tonnes of plastic that makes it into oceans annually. The mats come in a range of geometric, floral and kaleidoscopic designs, printed with water-based inks.

Plastic for the mats comes from PET bottles, which are sorted and sterilised before being crushed and heated so that they can be spun and wound like threads of yarn. Once they’ve dried and passed through quality control they’re considered fit to be turned into the colourful mats.

Not only are the mats a more environmentally friendly option than most others you’ll find on the market, they’re more functional as well. They have extra cushioning for support and to prevent injury, and the more you sweat the more the mats grip. They’re fully recyclable, and with every purchase the company will donate $1 to urban youth yoga programs.

The mats, as well as a range of towels, hand towels and yoga straps, are available from studios and stores in Australia as well as Yoga Design Lab’s online store. The Tech to Support Your Workout