It’ll take nearly two weeks to walk the full trail, which winds along the dramatic peaks of Victoria’s Grampians mountain range. It’s due for completion in autumn 2021, but you can experience parts of it already. 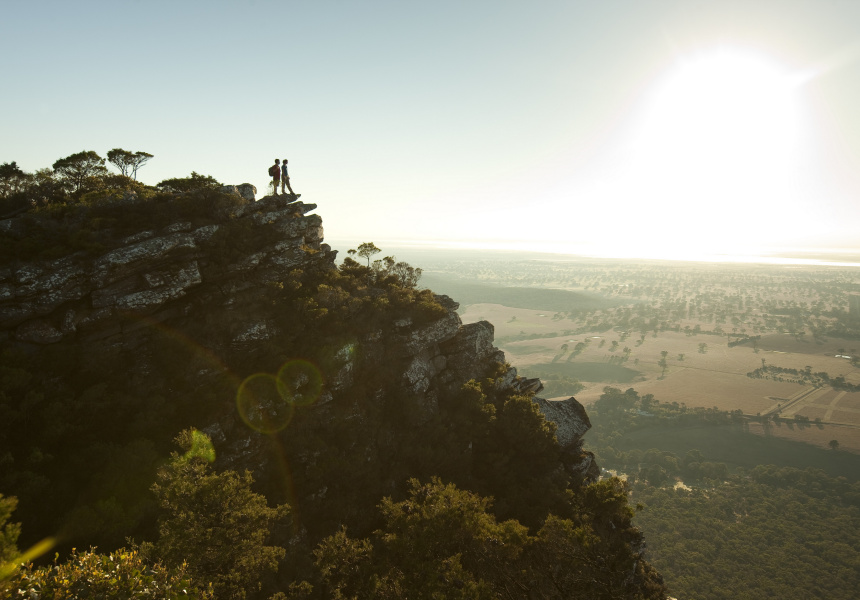 It’s hard to imagine camping under the stars after months in lockdown, but a new 13-day hiking route due for completion next autumn lets you do just that, in the striking ancient landscape of north-east Victoria.

The Grampians Peaks Trail begins at the small town of Halls Gap, about a three hour drive north-west of Melbourne. When the full project is finished in 2021, the 160-kilometre trail will connect the Grampians National Park/Gariwerd from north to south, with 12 camp sites along the way. But you can already hike 36 kilometres of the trail, and stay overnight at Bugiga Hiker Camp and Borough Huts Campground. Four more day-walk trails will also open over the summer.

“There is such a big opportunity out here to create an experience in the Grampians that we haven’t had before,” says Area Chief Ranger Rhonda McNeil.

The stage-one loop opened in 2015. It leaves from Halls Gap, incorporating the existing one-day circuit hikes to the Pinnacle and Mount Rosea in the central Grampians.

The hike, which takes around three days, passes dark granite rocks stacked like pancakes, forming impressive pillars, skinny chasms and deep canyons. A steep climb to the Pinnacle peak ends with an almost bird’s-eye view of Halls Gap and Lake Bellfield below, and lets you see far across the farmland to the north-west.

What sets the full Grampians Peaks Trail apart is its magical views: it follows the ridgeline of massive sandstone outcrops and peaks, exposing spectacular landscapes each day from different vantage points. It can also be broken up into day hikes or shorter overnight hikes (one, two or three nights).

“You’re guaranteed to be wowed every day on that walk,” says McNeil, who has worked in the area for more than three years. “There are other places along [the trail] where if you pause and take your time you will feel that you’re not the first person to have walked [there].”

Previously, hikers could only access many of the areas from car parks, but the new camp sites mean that you can stay on the trail for nearly two weeks and sleep somewhere different each night.

There’ll be 11 hiker camp sites and one group camp site, which will accommodate up to 24 people. There’ll also be shared sheltered areas for meal preparation, tent pads, gathering spaces, boardwalks and internal tracks to minimise the impact on the environment.

An extremely dry summer limited water flow in the park (it was also closed for a period due to bushfires and then Covid-19 restrictions), but wetter months ahead promise impressive waterfalls and rock pools to dip into. In spring, wildflowers run rampant, and the varied heathland, fern gullies and eucalypt forest can be explored year-round.

The trail is the culmination of a $30 million plan by Parks Victoria, the peak body managing the state’s natural and cultural heritage, to showcase and protect the unique beauty of Gariwerd, which means “pointed mountain” in the language of the local Djab Wurrung and Jardwadjali peoples.

The national park is home to around 90 per cent of Victoria’s Indigenous rock art, as well as ancient shelters; native animals (including kangaroos, wallabies, emus and echidnas); and almost a third of the state’s native flora.

Parks Victoria consulted with the traditional owners to create the new trail and camp sites, and visitors can learn about the area’s history and many complex ecosystems en route or at the Brambuk cultural centre in Halls Gap.

Hikers should be relatively experienced and self-sufficient, and water tanks can be sparse. Accessing the trail is free, but camp sites must be booked in advance via Parks Victoria.

If you need to rent gear, local companies such as Absolute Outdoors can provide it, as well as food, water and alcohol at different sections of the trail.

There are also shuttle-bus services to car parks and guided tours available, plus other accommodation options in Halls Gap, such campgrounds and cabins.

Most of the trail consists of grade-four walks, meaning steep climbs and descents, but some parts are slightly flatter and easier grade-three walks. McNeil believes the finished trail will be “an amazing addition to what is already an amazing park”.

“The sections I have walked are breathtaking,” she says.

The full Grampians Peaks Trail is due for completion in Autumn 2021. Four new day-walk sessions will open over the summer. Visit stage one and book a camp site here. 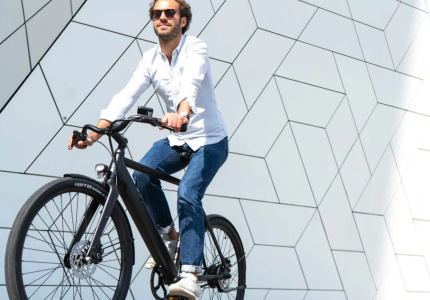