Produced by Broadsheet in partnership with Bonds.

The 28-year-old footballer is one of the AFL’s biggest stars. In partnership with Bonds X-Temp, we speak to Martin about why mindfulness and getting into the outdoors has been so important for his wellbeing, and how it’s helping him get through isolation. 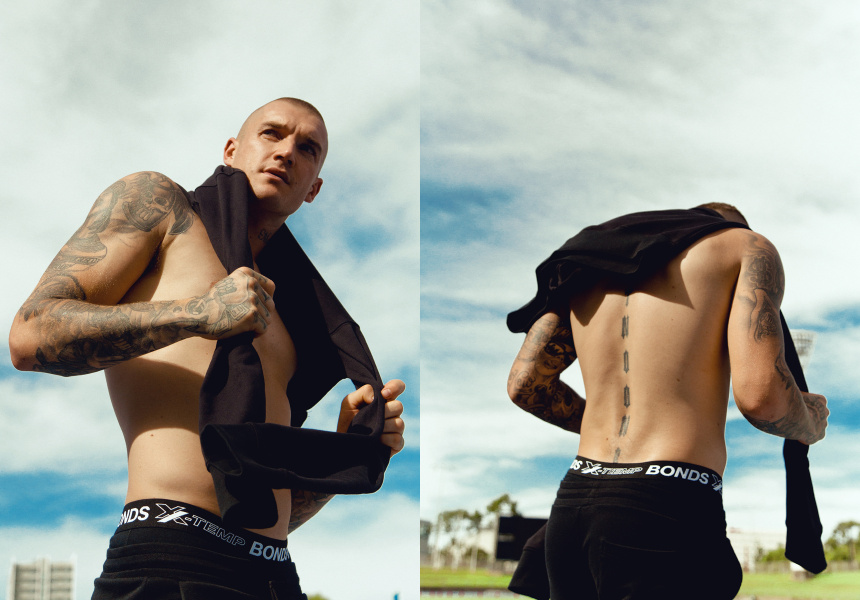 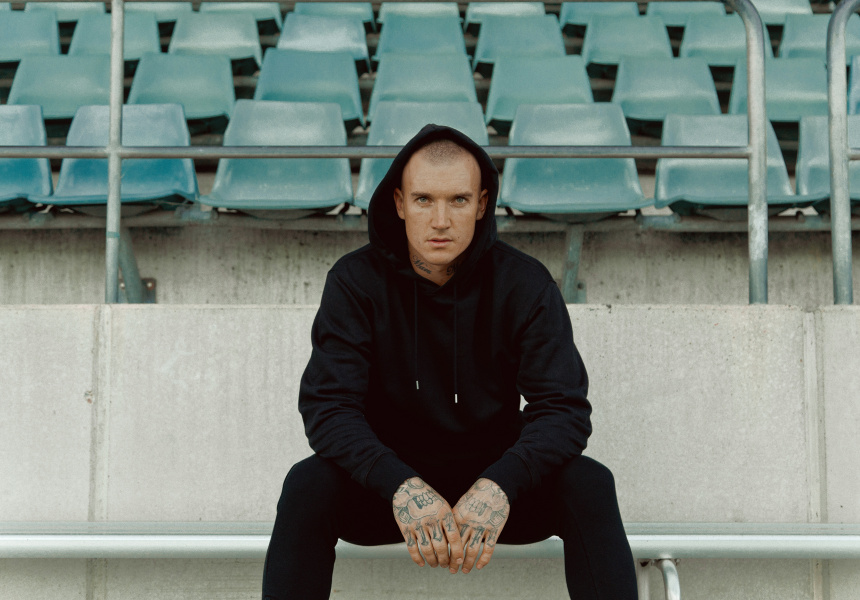 Dustin Martin was unexpectedly prepared for isolation in the time of coronavirus. As a vocal proponent of the importance for athletes to look after their mental wellbeing as well as their bodies, the star Richmond footballer is accustomed to practicing a meditation session every day – even if it’s just five minutes.

“I’m just enjoying taking it easy,” he says from his home in Melbourne. “A rest for the body and mind can only help long term. And prioritising other things in life,”

One of those is music.

“I also sit on the couch and listen to chill music,” he says. “I use music as a tool to stay clear and calm.” You’ll find American rappers Trippie Redd and XXXTentacion on his playlist right now, as well as 16-year-old Sydney rapper The Kid Laroi – “his new song Fade Away [featuring Lil Tjay] is my fave at the moment.”

Like everyone in the country, the celebrated AFL midfielder-forward for Richmond’s regularly scheduled programming has been put on hold during the coronavirus crisis. – though the 28-year-old’s program is more closely watched than most. One pause it has offered him the opportunity to discuss his renewed partnership with Bonds .

Martin has worked closely with Bonds for the past three years and in 2019 the clothing brand released a six-piece capsule collection designed in collaboration with him.

“We’ve developed a really genuine, fun relationship over the last few years,” he says of the partnership. “I just love working with them.”

It helps both parties that he’s also one of the AFL’s best and most recognisable players – a seriously entertaining midfield-forward dynamo, covered in tattoos, whose “don’t argue” fend-off has become a legendary move of the game (as has his buzz-cut-mohawk hairstyle). He’s ostensibly the best player in a Richmond team that won the premiership in 2019 and 2017 (he won the Norm Smith Medal both years for best player in the grand final and the Brownlow – the AFL’s highest individual honour – for best and fairest in 2017) and came into 2020 the heavy favourite to take out this year’s cup.

But Martin isn’t a fan of the limelight. He’s a man of few words who tends to avoid media appearances and public speaking, and who is said to be a loyal, funny and warm friend by teammates and those who know him. His stellar 2017, combined with his enigmatic persona, fuelled intense media scrutiny through that year and beyond. Last year he acknowledged publicly that he’d battled with mental-health issues connected with that pressure.

This kind of open, public acknowledgement of the importance of mental health on the footy field is not unusual in 2020, but for many players, including Martin, the industry has not always been such an understanding place. He says football has become noticeably more compassionate and less macho around these issues since he started playing in 2010.

“It’s so important that people know it takes real strength to speak up and ask for help. It’s amazing when you speak to other guys in your team – we all struggle with similar things and it makes you feel like you’re not alone,” he says.

For many players, this year would be particularly tough on the mental-health front. In March the AFL suspended its 2020 season until at least the end of May. After having gone through a gruelling pre-season only to have the playing season – in which Richmond would again be contending for the premiership – suspended, Martin and his teammates went into isolation like the rest of us.

For him, Covid-19 has “reinforced that the simple things in life are most important”.

“Not just staying healthy with what I put into my body, but also the stuff I’m feeding my mind,” he explains. “Making sure I’m reading or watching positive things. I’m currently reading Man’s Search for Meaning. One of the boys gave it to me, and another friend gave me a book called The Monk Who Sold His Ferrari. I’m chipping away at them.”

His advice for younger, or more vulnerable, athletes to keep on top of their wellbeing during this period?

“Try and keep a normal routine. Get up in the morning and get outdoors and exercise. But also enjoy this time for what it is. Life can get so hectic ¬– I’m really just enjoying taking it easy.”

For Martin, who lives bayside in Melbourne’s south-east, exercise and “getting out into nature for a walk” have helped him get through this period physically and mentally.

“I think it’s so important to get out into nature even if it’s only for 10 minutes a day, just to slow yourself down and reflect on the day or think about what you’ve got to be grateful for.”

As for how he’ll keep his famous hairstyle in check during isolation, he’s not too concerned.

“Barbers are still open and considered an essential service, so I’m sweet,” he says. “I shaved my hair in the off-season, so I might do that again.”

This article is produced by Broadsheet in partnership with Bonds X-Temp .

Produced by Broadsheet in partnership with Bonds. Learn more about partner content on Broadsheet. 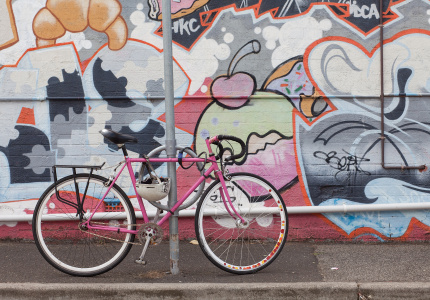