How To Start: Rollerskating

From what to wear (can you squat in it?) to how to stop and fall safely (without looking like a baby giraffe). Writer Marnie Vinall road-tests the basics of the resurging four-wheeled fitness trend seen on the streets this summer. 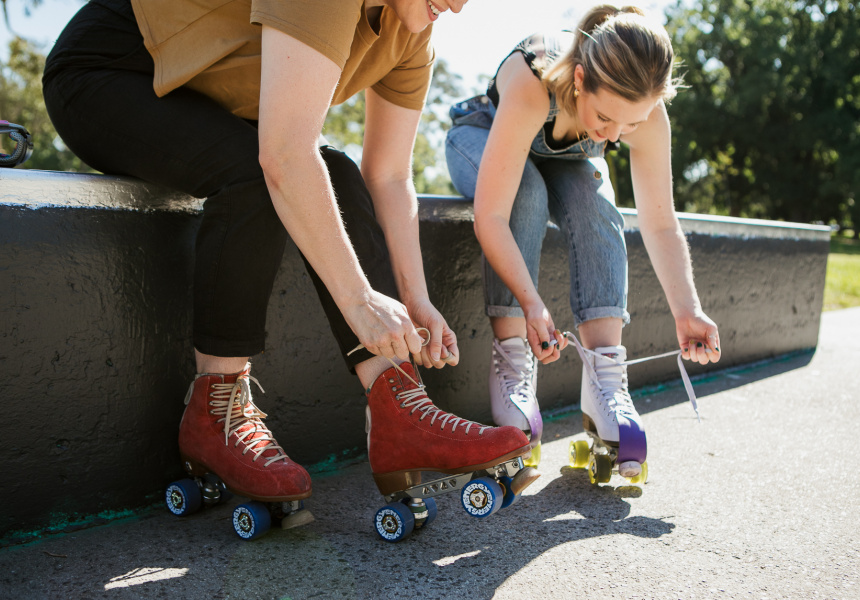 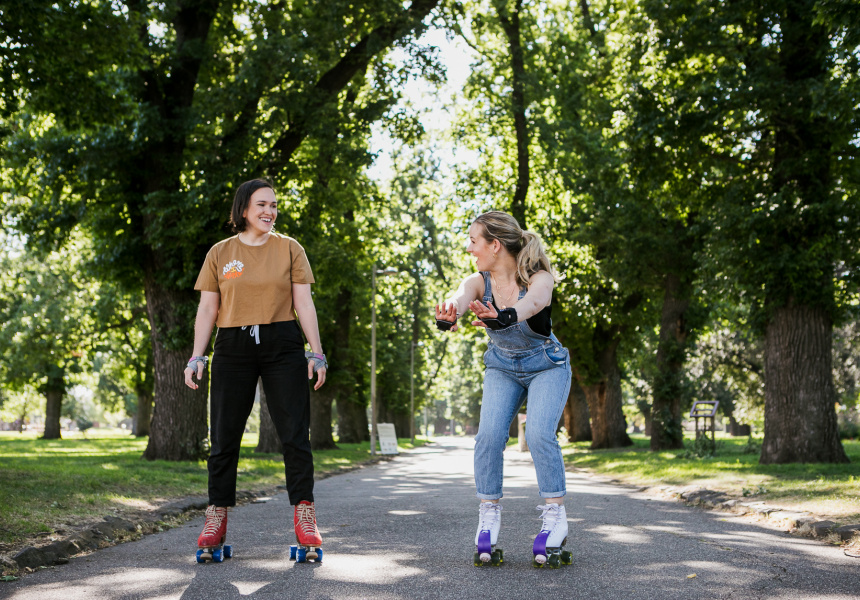 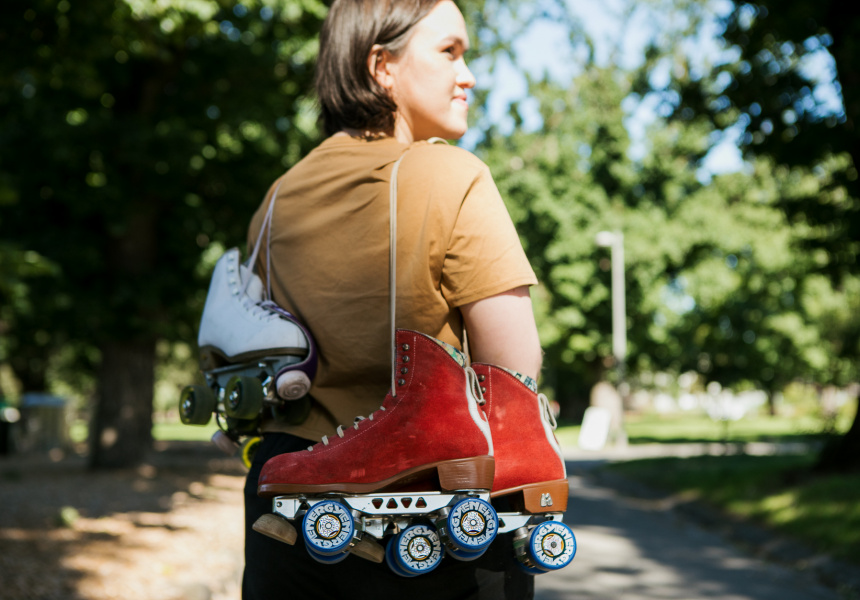 Rolling on retro skates in nerdy (but kind of cool) knee pads was something I always wished I could do gracefully. But skating felt like a sport that would only highlight my lack of coordination – and looking slick while you breeze by on four wheels is part of the appeal. So, in order to learn the basics, I reached out to rollerskating expert Amy Cora from Rollerfit – a national rollerskating fitness program – to be my guide.

Before we started, I had a few burning questions: What do I wear? What kind of equipment will I need? Cora tells me: “For safety reasons, when you’re starting out it’s really important to wear comfortable, non-restrictive clothing. Then, once you’ve got your basic skills – and a little more confidence – you can live out all your roller-disco dreams.” I put on some comfy, stretchy overalls (that I made sure I could squat in) before leaving the house.

Obviously, I’d need skates. Cora lent me a pair for her class, which took place at Darebin Community Sports Stadium in Melbourne’s north. I was one of around 15 people there. As a beginner, protective gear is super important – including wrist guards, knee and elbow pads, and a helmet. Most places that teach rollerskating also allow you to hire equipment if you prefer to hit the streets alone.

Cora’s first five fundamental skills to master are standing still, rolling forward, balancing, stopping (plow stops or T-stops) and falling over. She says picking the right location is more important than you might think.

“Indoor venues will give you the most controlled environment, as you’ll be protected from weather. There won’t be debris on the ground and [the surface is] generally [more] predictable,” she says. “When you’re skating outside you need to pick a location that is free from water or strong winds. You want to avoid small stones or ‘stop rocks’, cracks and sticks on the ground,” she says. “Start in a flat area, and you don’t want too many people or pets around as they can get in the way.”

If you want to skate outdoors, Cora recommends starting with your local basketball court. In the controlled indoor environment at Darebin, I put my skates on and began moving at a snail’s pace. Trying to stay upright and move around the court made me feel like a newborn giraffe. It was an unfamiliar feeling; I took it very slowly, trying to follow Cora’s instructions (push on the outside of my feet to go faster) and keep myself from falling.

“Like any sport, you want to warm up and stretch at the beginning of your practice to avoid injury,” says Cora. “Flexible, strong muscles are an important part of skating, as you need the full range of motion for some of the harder skating skills and tricks, to go faster and for balance,” she says.

After stretching and balancing, we practised how to fall, which involves getting low to the ground and then putting one leg out so you tip and land on your bum. To get back up again, we set ourselves up in a marriage proposal position – pushing up from a kneeling position to standing. Once we were confident, we practised balancing – rolling to a comfortable speed and then lifting one leg up, then the other – and moving into a squatting position while on the move.

We practised creating “bubbles” in laps up and down the court. This involved putting our feet in a V-shape with our toes pointing outwards, bending deeply and then letting our wheels roll out and curl back again.

Most importantly, I learned how to “plow stop”, where you use your body weight to come to a halt. When skating forward, you spread your legs hip-width apart, drop down, stick your bum out and push your toes in to form a V-shape.

While the class was a hoot, a simple dance routine called “the Cupid Shuffle” had me smiling ear to ear. Cora’s top tips are to go at your own pace and remember to practise every skill on both sides. “You will naturally favour one side, but we want to be able to do all skills on both legs and feet,” she says.

“Set some goals. Pick something you want to achieve and a realistic timeframe and work towards it,” she adds. “Celebrate every victory, big and small. Don’t forget to stretch to avoid injury. And don’t limit yourself. If you enjoy skating, there are so many disciplines you can go into, including dance skating, roller derby, figure skating, park skating, slalom, social skating events and roller discos.” 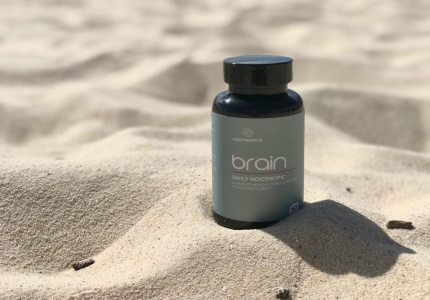 Boost Your Brain, Calm Your Nerves and Get More Focus With Yootropics, a New Range of “Smart Drugs” by an Aussie Start-Up 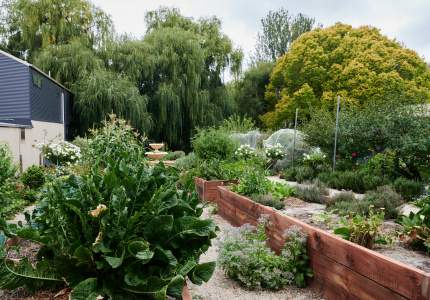