Sugar, alcohol, coffee or social media. In partnership with Seedlip, we talk to an expert about how to seek balance while enjoying the things we like. Even though Manoj Dias had been meditating for years, it was only last year that he started questioning certain unconscious habits. Through his ongoing practice he had become more aware of his impulses and began questioning his complicated feelings around alcohol.

“It was about being curious about why I'm drinking,” he says. “For me personally, when I had a few drinks, it was because my friends were doing it. My friend would get a round and I didn’t want to be that one guy who’d say, ‘It's ok, I'll skip it.’”

Dias is the founder of A–Space, a meditation studio with a goal of making people more present and compassionate to both themselves and others. These days he doesn’t drink, but he’s not telling people to quit – he just wants us to ask more questions of ourselves and to think about the things we do and what we consume, and measure how they make us feel and interact with the world.

The first step, Dias says, is to try to be aware of how you feel when you do or consume something – whether it be coffee, a beer or a scroll through an app. “It doesn't have to be an emotional feeling. Do I feel clear? Am I saying things that are honest? We can feel our body. Do we feel bloated, do we feel energetic, do we feel happy? Do you feel good the next day? Get curious about the physical, emotional and mental aspect.”

Everyone will have different answers to those questions. One person may not enjoy the feeling of being four drinks in; another might dislike their lack of clarity after a week of two drinks a night. “It’s about moderation. We call this the middle path in Buddhist meditation – not being too tight or too loose,” says Dias.

“I avoid sugar as much as I can, but this morning I had a Nutella croissant. It was great, I enjoyed it. [For other people, that might mean] having one croissants instead of two, or just less Nutella. Finding that balance is different for everyone.”

One thing Dias stresses is to keep enjoying those moments of indulgence. “Culturally we tend to shame people into avoiding certain things,” he says. “Shame is not the way to go. If I’m having a beautiful meal with a decadent dessert, I enjoy it completely.”

Trying to change and moderate our habits and desires is hard, particularly when they’re so culturally embedded. With options like Seedlip, you can now go to a bar and order non-alcoholic cocktails that are infinitely more appealing than a soft drink– or even make them at home. Catching up for a beer doesn’t always have to involve actual beers.

“Alcohol was always something my friends and I had. We would always catch up for a beer; no one says, ‘Let's catch up for a run,’” says Dias. “Sometimes we need to defend our choice. If you say, ‘I’m just trying to get healthier,’ for me I’ve always found people say, ‘Oh yeah, that makes sense.’ People are really interested in feeling better about themselves. You can even say, ‘I'm just going to see how it goes if I lay off alcohol for a while.’”

The last thing Dias stresses is you should never think it’s all or nothing. “You don’t need to start big,” he explains. “If you’re a five-day-a-week drinker, try just drinking on the weekend. If you drink both days of the weekend, try just drinking on Friday. See how you respond to that. You can stay there or go deeper and give up more. It’s all about baby steps.” 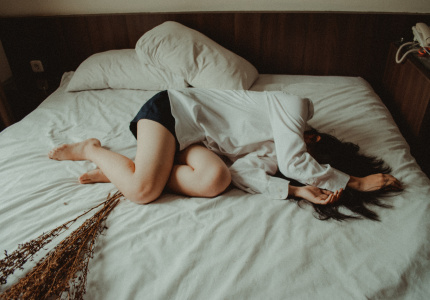