How To Sleep When It's Offensively Hot

A guide to sleeping on hot summer nights, especially if you don’t have aircon. Don’t get us wrong: we love summer and the gloriously hot weather it brings. But sometimes all that heat can be, well, tiring – especially if you don’t have the luxury of taking long afternoon swims. To maximise the chance of getting some shut-eye this season, we spoke to two experts about the best ways to fall asleep when it’s hot, without reaching for the air-conditioner remote.

Make some small adjustments to your home
There’s lots you can do before the sun even sets to make your home more conducive to sleeping on summer nights – and a couple of hours’ work now could pay dividends in the weeks and months ahead. Peter Georgiev, the managing editor of Archicentre Australia (a subsidiary of the Australian Institute of Architects that offers design advice) calls these “low-hanging fruit” measures because they can be done by most without calling a tradie, or spending a significant amount of money. He suggests:

• Sealing any windows you don’t regularly open, both internally and externally, to prevent hot air seeping in or cool air seeping out.

• Adding external awnings to windows to deflect sunlight during the day and keep it cooler indoors.

• And installing insulation in your roof void or replacing older, less effective insulation (if you’re a renter this might not be possible).

Ventilate
Most of us know airflow can help keep us cool. Sleep physician and director of the Sleep Health Foundation professor David Hillman goes further; he says airflow is essential if you want a good night’s sleep in above-average temperatures. That’s because evaporative heat loss – essentially sweating out the heat – works more efficiently when the air is moving. “Even a cheap fan by the bedside is a good start, or an overhead fan,” he says.

Hillman also recommends opening your windows to create a breeze, even if it’s still very warm outside. “The more ventilation you have, the better,” he says – even if the air outside is hot.

In addition, it’s important to wear clothing and choose bedding that “breathes”. “Sleepwear should be right,” says Hillman. “Some people may dispense of it altogether – and that’s a personal choice – but otherwise, lightweight, breathable fabrics … such as cottons, rather than nylons and synthetic materials, are best. The same goes with the bedclothes.”

Hydrate
In summer, being hydrated come bedtime is important because it gives our bodies “permission” to sweat more, keeping us cool. While many of us believe an alcoholic “nightcap” can assist with the initial stages of sleep, drinking alcohol before bed can dehydrate you as well as disrupt sleep in its later stages. “Drinking alcohol is not a brilliant idea for sleep in general, but for this sort of sleep in particular it should be avoided,” says Hillman. “Cool drinks before bed are a good idea.”

Don’t get too close
Summer is no longer the season of love when it’s 38 degrees. “It is not a time for cuddling,” he says. “Give yourself a bit of space. It’s something to be worked out with your partner of course, but skin on skin is uncomfortable.”

Hillman reminds us evaporative heat loss relies on your skin being exposed to the air so that sweat can evaporate, taking the heat with it. “Some skin exposure is what you want,” he says. “Cuddling up is counterproductive”.

For more tips on beating the heat, check out Broadsheet's guide on how to hide the summer sweats. 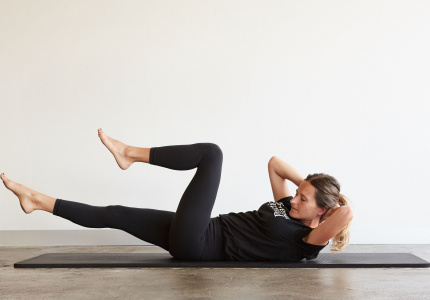