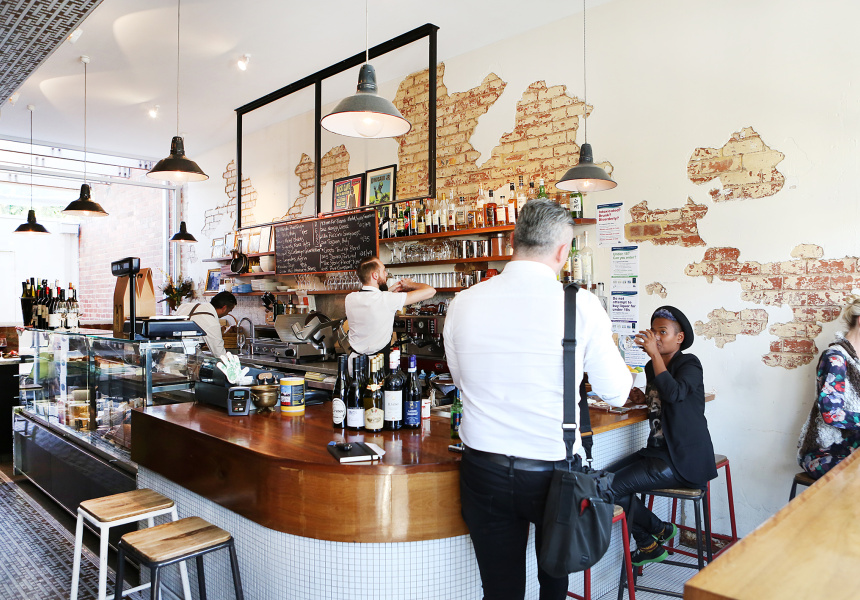 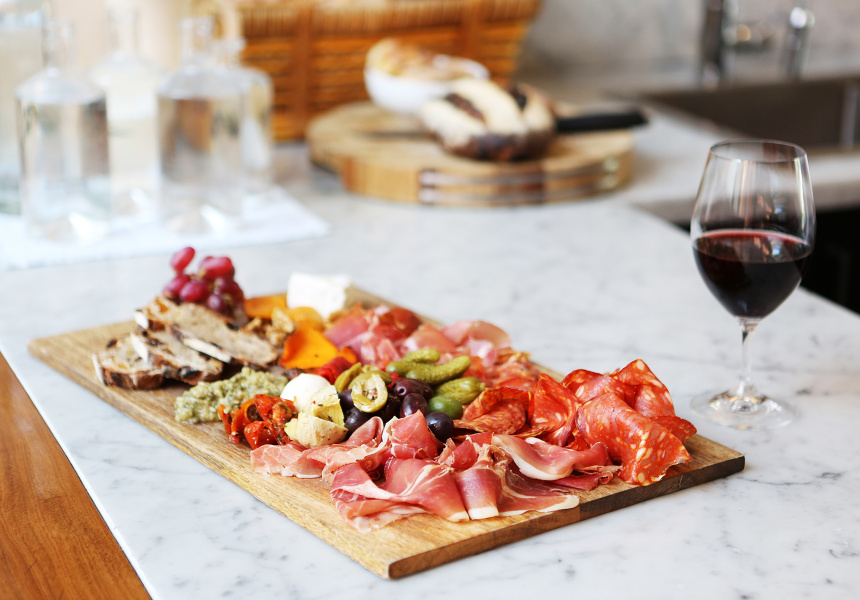 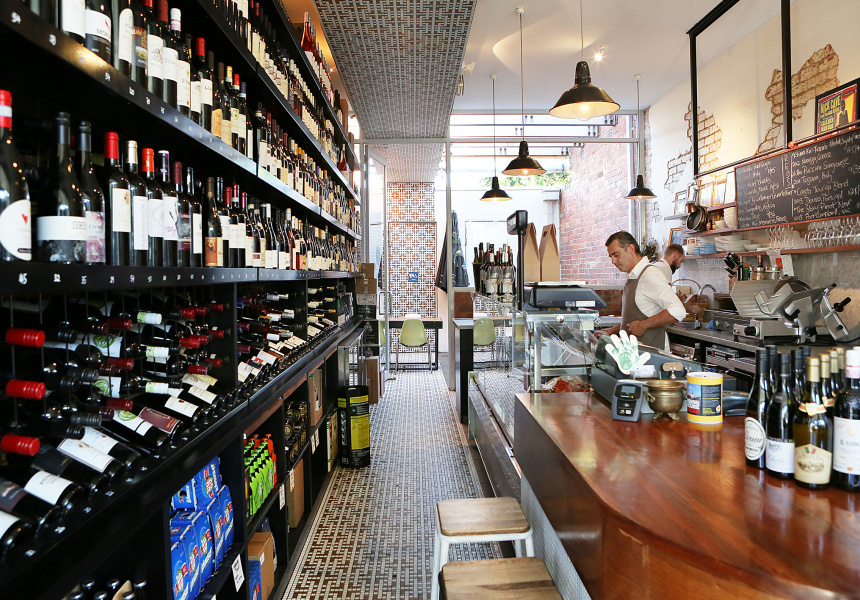 This site was once the barbershop where Jim Gridas got his hair cut as a kid. Now it houses Barkley Johnson, a wine bar and deli named to honour Gridas’ dog, which he and wife Prue Sadler lost to cancer a month before opening.

Gridas and Sadler gave the space a significant facelift with help from Nick Lukas at Architectron. Exposed brick peeks through plaster walls and a reclaimed timber bar doubles as a takeaway counter.

The venue’s other wall is covered in end-to-end shelves and stacked with bottles of wine, quality spirits, charcuterie and other deli goodies.

To combat the lack of space, there’s street-side seating and a handful of tables in the compact courtyard at the back. It’s communal and all the better for it.

The wine list is 180 names long – mostly European, although there are a smaller number of Australian winners. Small independents feature heavily, including urban winery Noisy Ritual. There’s also a brief cocktail list, and a wide range of gin and single-malt whiskies.

Food includes olives and dips; warm spanakopita with salad; smoked salmon; and a big Spanish antipasto plate with jamon, manchego cheese, red peppers and olives. Gridas is a self-confessed “Yarraville boy” but gets most of his inspiration from his travels through Europe.

If it’s too early for wine, grab a coffee, filled baguette or sweet pastry, then settle into one of the window seats to watch the world go by.