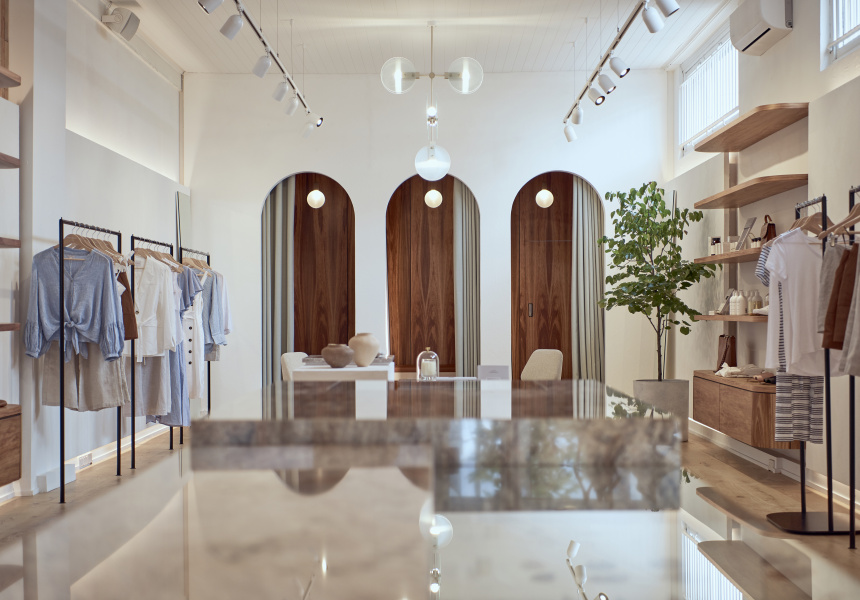 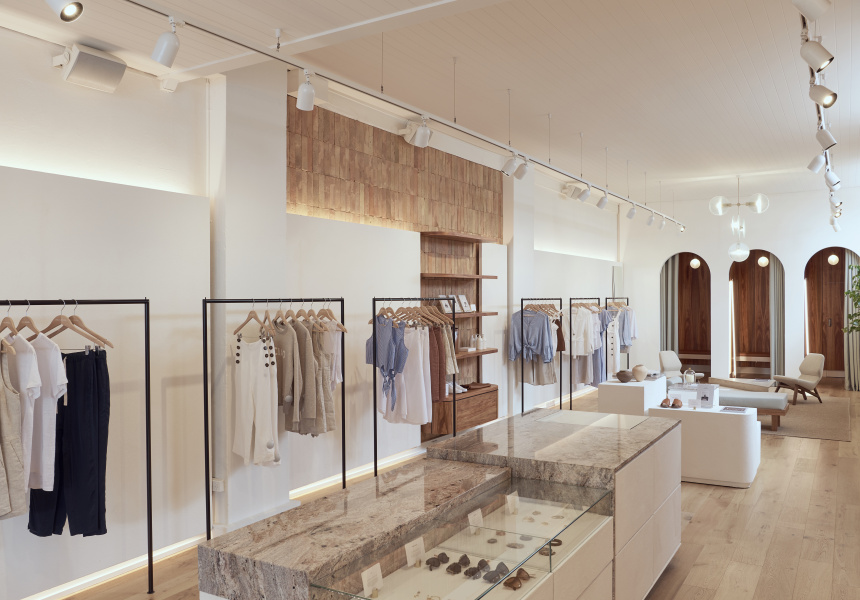 Elka Collective first launched online in 2015 and is by designer Courtney Price, whose pieces combine natural fibres with different textures to create beautifully constructed, timeless garments for women. In 2017, Elka was bought by Brand Collective – which also owns Mossimo, Superdry and others – and Price transitioned to a freelance creative consultant role.

It’s easy to while away time sifting through these pieces, but the store also stocks vitamins from Bear, sunglasses from Velvet Canyon, jewellery from Brie Leon, James Smith footwear and more.

The corner shop was fitted out by interior architect Chris Aplin. There’s an emphasis on fittings and fixtures from local makers, such as sculptural pendant lights by industrial designer Coco Reynolds, and a geometric chandelier by furniture and lighting designer Ross Gardam.