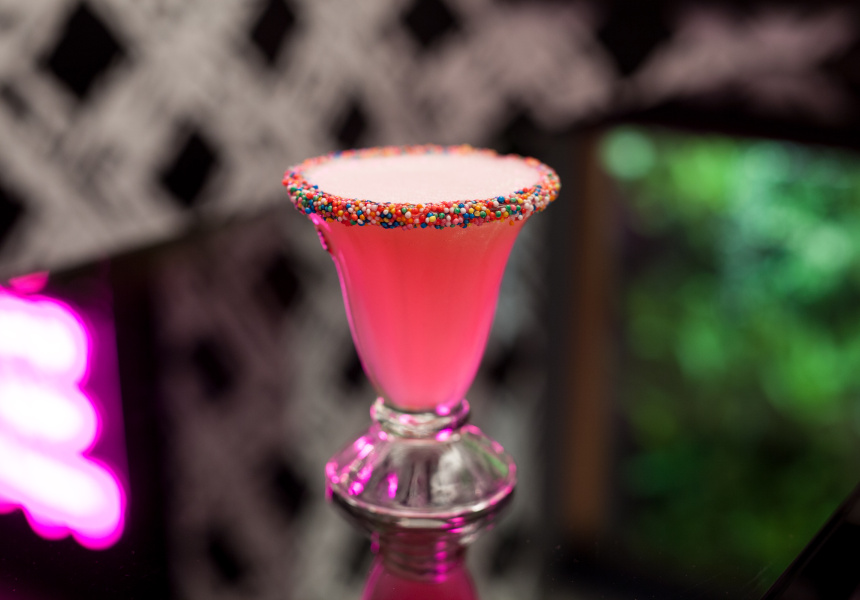 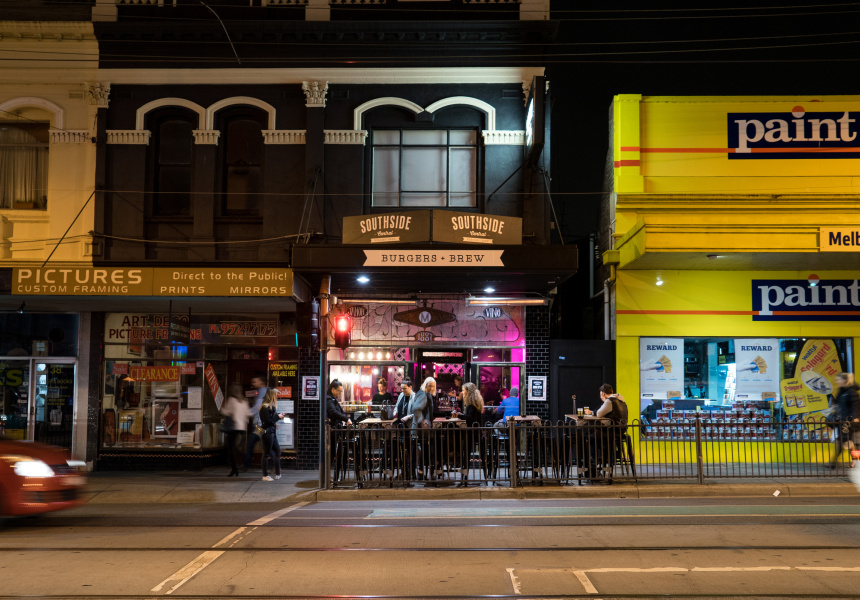 Across the road from Windsor station, this two-storey burger joint and cocktail bar is the second from the team behind the popular Southside Social in Frankston. Like the original, the focus is on extreme burgers in the mould of those found at Easey’s or Grand Trailer Park Taverna.

There are two vegetarian options. The Gourd-gess George has a crispy pumpkin and sweet potato patty, and the Funguy uses a cheese-stuffed Portobello mushroom. Sides of loaded fries, fried chicken and mac‘n’cheese round out the menu.

Like the burgers, the cocktail menu doesn't have much care for restraint. The Bubble Gum Sour features bubblegum syrup, lemon juice, bitters and vodka. The Passionfruit and White Chocolate Martini is made with vanilla vodka, passionfruit and white-chocolate liqueur. Boozy shakes come in a Redskin flavour (spiked with vodka), or chocolate fudge (spike with Baileys).

If you still have the stamina for more after the burgers and drinks, you can finish your meal with deep-fried waffle balls, topped with maple syrup and cinnamon.

The venue is much bigger than it looks from outside. Downstairs, there’s black vinyl seating and pink neon lights. Upstairs things are toned down a little, with slightly more muted colours and a rooftop deck. The walls are covered in graffiti on both floors, with ’90s hip-hop on the speakers and a mural of Snoop Dogg watching over diners.