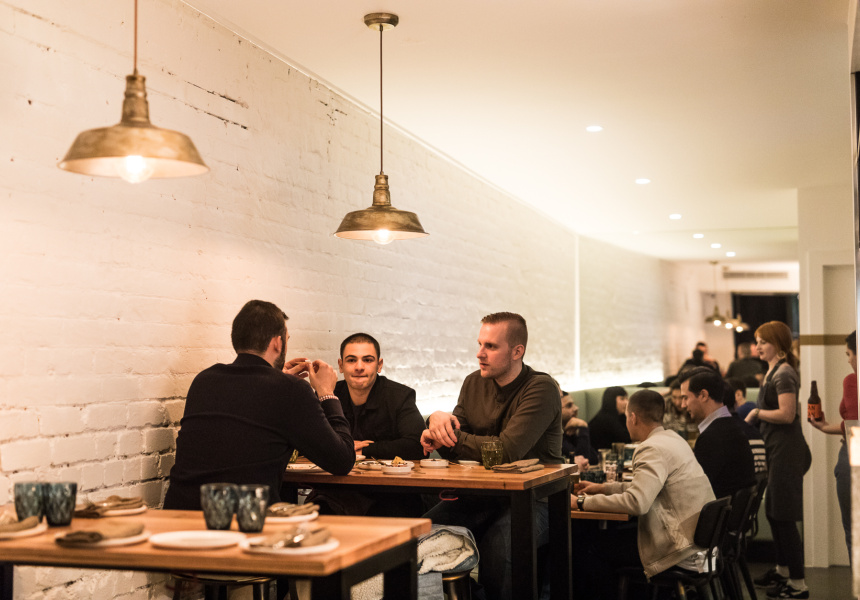 With his cousins Aret and Sasoon Arzadian, Maskal opened the sleek and dimly lit CBD fine diner Sezar in 2013. Their next offering, the more paired-back Shukah (which means “marketplace” in Armenian) opened in May 2017 on the Windsor end of Chapel Street.

Maskal gathers flavours from all over Europe and the Middle East to creates rustic, peasant-style tapas dishes that seem somehow new and recognisable at the same time. His hummus, for example, is served with a volcanic oozing of sweet and nutty brown butter; or there’s the air-dried beef basturma, which originally comes from Turkey. Maskal coats it with paprika and cumin, serving it with garlic jam on toasted brioche and a quail egg.

More common Armenian offerings include the four-plate starter mezze, with coffee-roasted carrots and wheat berries; roasted beetroot with tahini and dill; tomatoes with stringy cheese, and nigella and a sort of eggplant ratatouille.