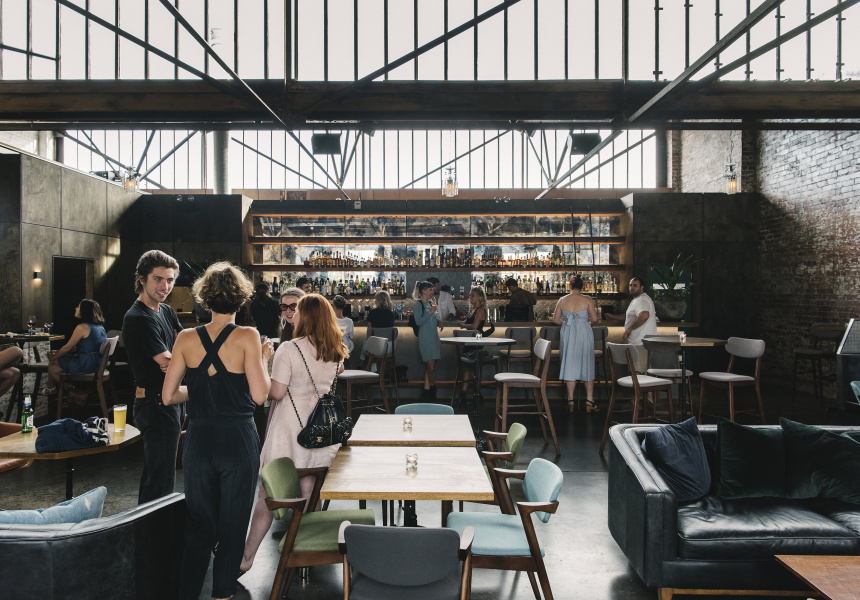 Galah – named so because the pink birds are said to lead you to a drink if you’re ever lost in the bush – is the project of Steph Mauer (ex-Bird Watching Society, Bosozoku), property developer Tim Garbis and Strawberry Fields music festival co-founder Billy Staughton.

The trio pooled together their individual areas of expertise, turning an old panel beater’s storage facility into a sleek spot for a drink in late 2017. Architect Marie Le Touze (also Staughton’s partner) helped with the design. The impressive space has a five-metre high ceiling, and is bordered by booths upholstered in velvet and leather. It’s dimly lit at night, and a fireplace keeps it cosy in winter.

The drinks list champions Australia, but it’s about showcasing the best the country has to offer, rather than gimmicky Australiana. Drink a Four Pillars gin, or try Shene Estate & Distillery’s Poltergeist whisky from Tasmania. Or tip a cold Hawke’s Brewing Co. lager to our former prime minister. The cocktail list is home to the classics and Australian twists such the Bloody Galah or a eucalyptus-oil highball.

The kitchen follows this lead. Raclette comes from an Australia cheese producer, and the charcuterie board features locally cured meats.

A downstairs bottle shop stocks natural wines such as Victoria’s Between Five Bells, and beers. The odd international bottle slips in here and there.