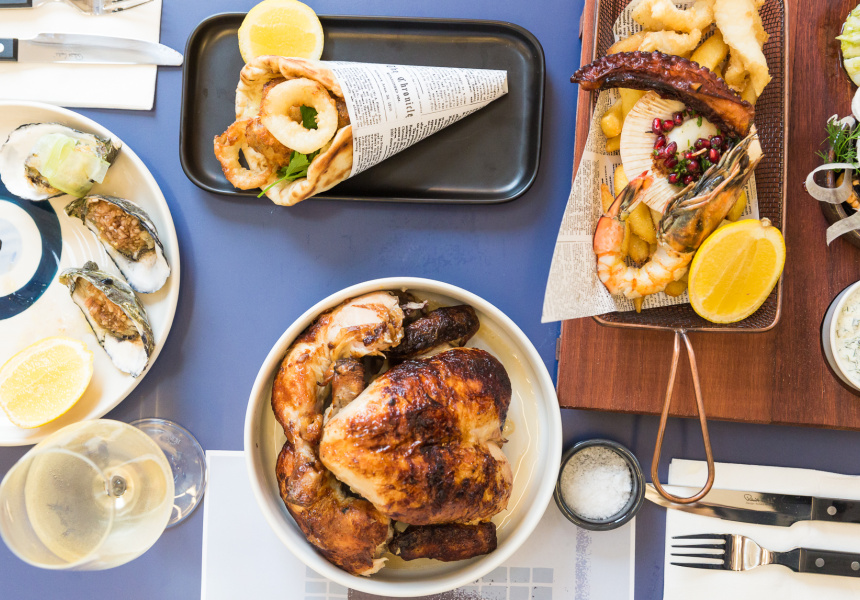 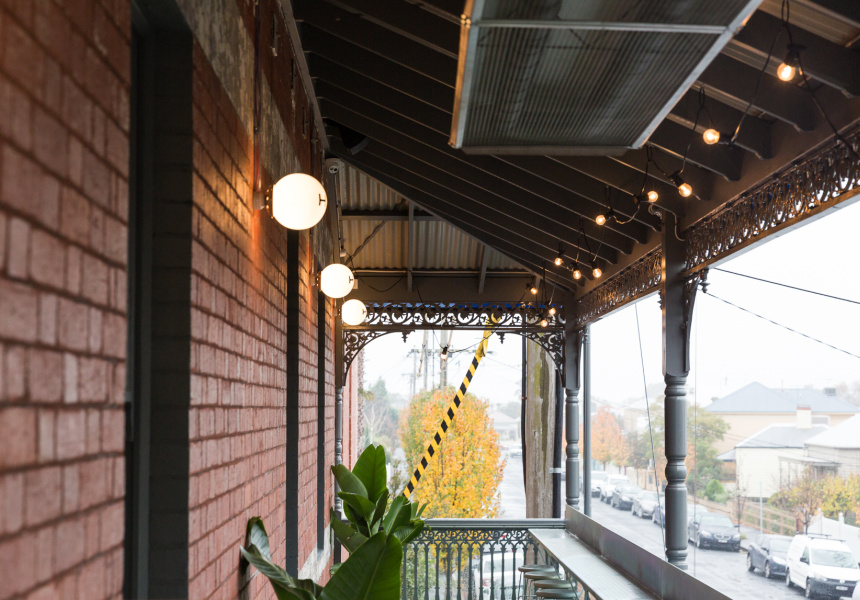 This third Hellenic restaurant for George Calombaris and Travis McAuley (with Hellenic Republics in East Brunswick and Kew) was tailored to its Williamstown location, with the team working hard to understanding the site, its past, the community and its values.

Hellenic Hotel is split over two levels in what was once Hobson’s Bay Hotel. Downstairs, decked out in blue and white, is a 120-seat restaurant. Upstairs is the public bar, complete with a large heated terrace with city views.

The menu from Josh Pelham, former head chef at Northcote’s Estelle Bistro and ESP, is similar to that at Hellenic Republic (souvlakis, saganaki and rice pudding), with a few new dishes – including lamb’s brains, in a nod to the original 1920s menu for the Hobson’s Bay Hotel.

Drinks include a range of Greek wines, beers on tap and by the bottle, and pre-batched cocktails such as the Kosmo – Hellenic Hotel’s take on a Cosmopolitan.