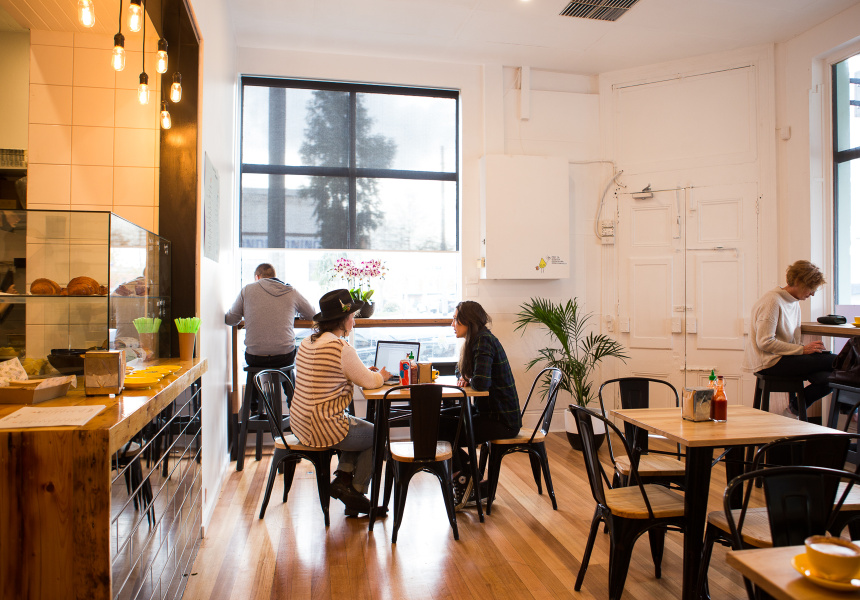 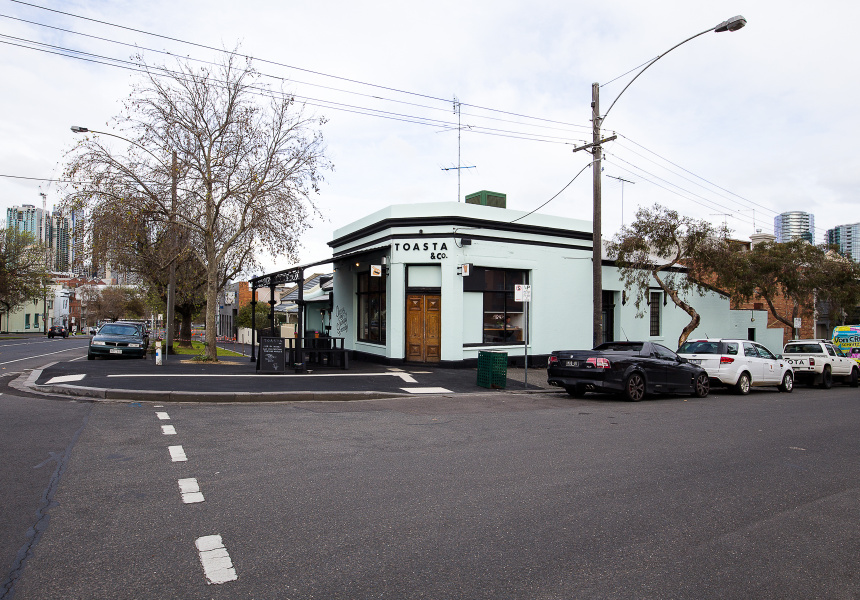 Every one of the 10 toastie options at Toasta & Co. unashamedly stars cheese – sometimes several kinds. Two pieces of thick-cut Zeally Bay sourdough are brushed with butter (or duck fat, for $1 extra) and squished down with a cast-iron press until cheese oozes all the way down the sides. After it’s taken off the grill, a flick of a butter knife spreads flakes of Maldon salt over both sides of the crisp bread.

This little, old corner store is Feingold’s first permanent venture; she also operates Toasta, which does toasties, and Von Crumb, which does schnitzel.

Between the loud cartoon wallpaper by artist Emily Bailey, the sunny yellow coffee cups, and Feingold’s enthusiastic waves as you enter and leave, the place exudes a warmth and big-kid innocence that makes going out for toasties not as silly as it sounds.

Feingold uses thigh meat instead of breast for the schnitzel, which she says surprises a few customers. Although it’s unconventional, she insists it’s fattier, so it doesn’t dry out.

The schnitz at Toasta & Co. (which also comes in eggplant versions) is served in dark pretzel buns, which Feingold buys from a small Polish baker in Dandenong called Rye Crust. There’s also an option for gluten-free bread, supplied by Black Ruby.