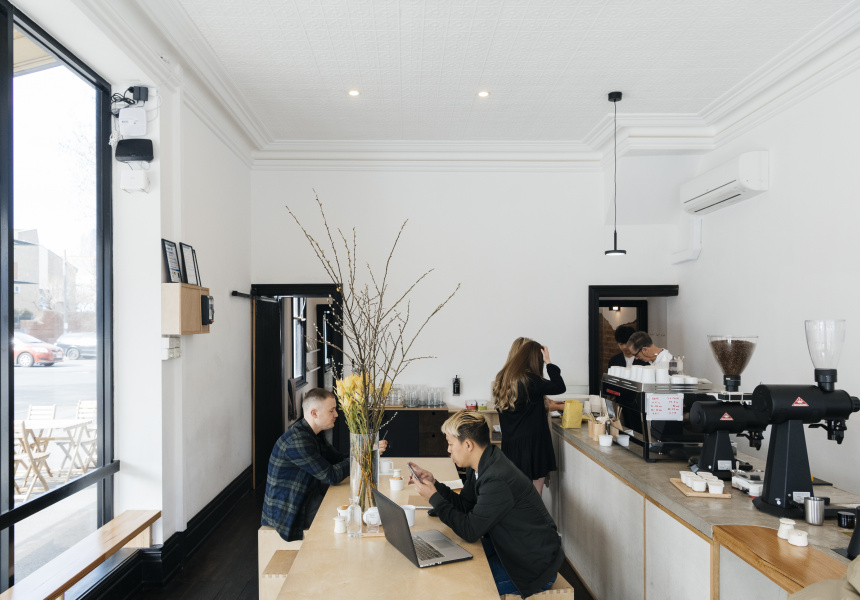 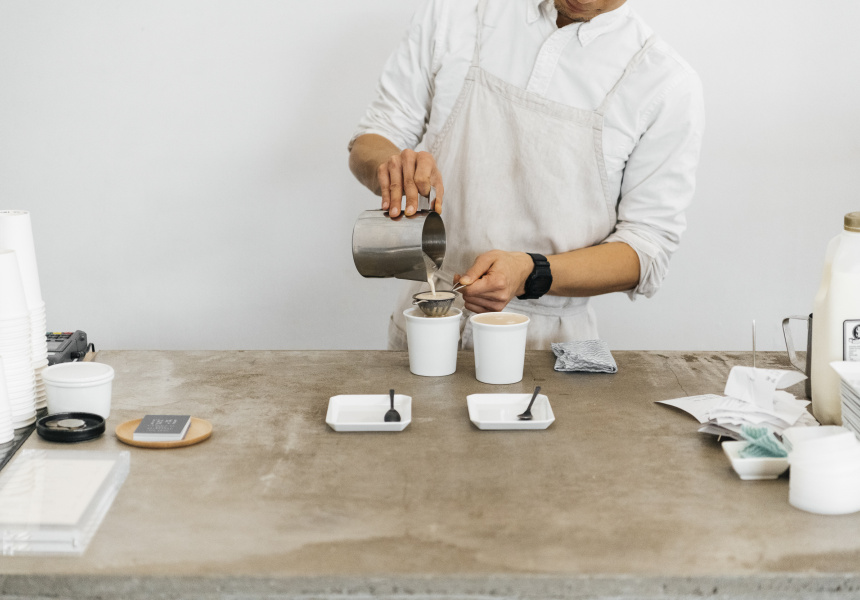 279 is a corner cafe just up the road from the Queen Vic Market. Its owners are Austin Allen and Kantaro Okada, two best mates turned business partners. The fit-out is a mix of Melbourne minimalism and traditional Japanese design. Everything here has its place, from the considered plating to the customary oshibori (hot hand towels).

279’s menu serves musubi, which is like a Japanese sandwich, also known as onigiri. Seasoned rice replaces Wonder White. It’s shaped into a triangle and topped or stuffed with a variety of fillings, then wrapped in nori. It’s usually eaten by hand and can be found in lunchboxes around Japan.

Here you can keep things light with ten-musu (tempura prawn and vegetable) or saba-chazuke (cured mackerel and green tea) musubi, or extend your brunch with a genmai-avo (smashed avo and genmai rice) number. There’s also chilli-cured cod roe and Kewpie mayonnaise, katsu chicken, and bacon-and-egg versions. The rest of the menu is made up of small side plates from a kitchen headed up by Okada’s mum, Manami Okada.

Allen looks after the filter coffee from behind a handcrafted brew bar of his own design, thanks to his past life as a cabinetmaker. He uses a rotating roster of local roasters and Japanese imports, and a selection of beans from Kenya, Ethiopia and Colombia, among others.