Eat well, sleep well and switch off your phone. Shacky is a less-connected way to holiday. 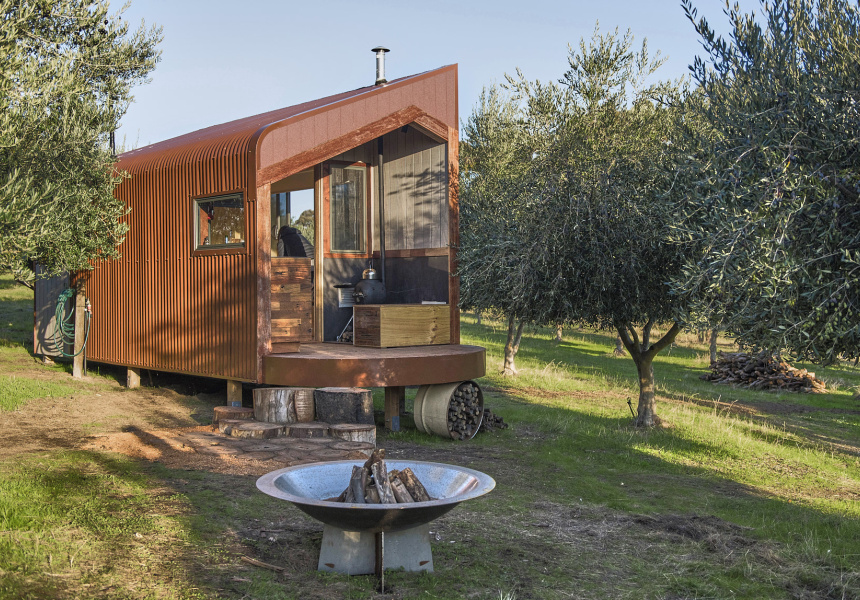 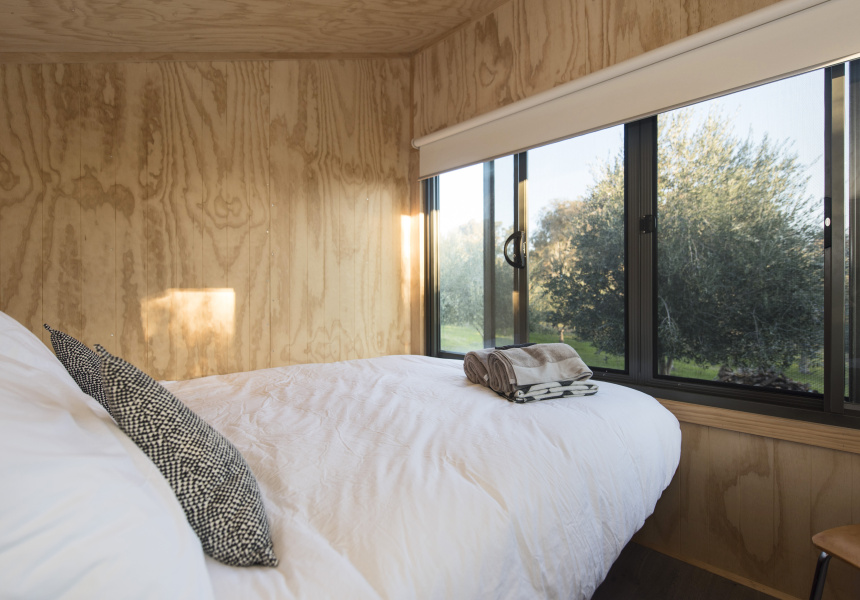 Tiny houses are cropping up on farms across regional Victoria - homes placed there by one man: Andrew Hubbard.

Hubbard is the CEO of a relatively new company called Shacky. It’s kind of like Airbnb, but while you will find a comfortable bed, you won’t find wi-fi. At Shacky, internet and phone use is actively discouraged.

While the concept of off-the-grid living has been gaining increasing traction over the past few years - including other tiny-accomodation players such as Unyoked - there is still some confusion about what it really means. “Some people think it’s just going away for the weekend,” says Hubbard. But Shacky’s tiny homes are truly off the grid; a chance for city people to find out what it’s like to disconnect and, with any luck, come out the other end more relaxed.

“Coming from a very corporate life, the idea of tiny houses appealed to me. It represents a simpler way of living. We’re getting busier and busier, and people need that escape,” says Hubbard.

Hubbard believes that part of the appeal of a tiny house is you can have an amazing space that doesn’t consume as much water, electricity or gas as you’re used to. “People have different ideas about what ‘off the grid’ actually means, but this is genuine. There’s no electricity, solar panels power the whole thing,” he says. “You’ve got lights and you can charge your phone – the bare essentials are there – but there’s no phone reception on the property. You have to walk up the hill, and by the time you get up there, you’ve had a beautiful walk, you’ve seen some sights – it’s a real escape.”

Similar to an Airbnb, a Shacky stay comes with an accommodating host. At present, there is only one Shacky, which is located near Euroa in northern Victoria. Vicky and Steve Daniel are the owners of the olive grove in which the tiny house sits; they are also your Shacky hosts. During your stay, the Daniels are responsible for ensuring you’re comfortable and full of delicious local food.

“We partner with amazing locations and amazing hosts. They let us use their property, we put the shacks out there, and we provide an additional revenue stream for them. As much as it’s about providing an escape for people, it’s also about helping our farmers,” says Hubbard. “Vicky and Steve provide a service where you can pick and choose what kind of [local] produce you want. For instance, bacon and eggs in the morning. That will be different from Shacky to Shacky. If you’re in the Yarra Valley, there will probably be lots of cheese and wine, for instance.”

On the inside, the Shacky is small but comfortable. The tiny house has been designed by Melbourne-based practice MvS Architects. In keeping with the theme of sustainability, they’re made from all-Australian materials, such as local timber and corrugated iron. Composting toilets and eco-friendly toiletries keep the environmental impact low. And satisfaction levels are kept high with the provision of top-notch essentials. For instance a comfortable queen-sized bed, a high-pressure shower and a potbellied stove – called Oz Pig – that keeps the interior toasty.

The ceiling has been fitted with a “starry ceiling” – lights that are designed so that when you look up from your queen bed at night it’s as though you’re sleeping under the country sky. Of course, the natural views are also spectacular. Waking up in the morning, beyond an olive tree, you’ll see sheep and llamas through the large windows at the foot of your bed.

“It’s designed to be an extension of the landscape, in a way,” explains Hubbard. “It’s an architecturally designed shack, so even though it’s only six metres by two-and-a-half metres, it’s really luxurious. There are lots of spaces to sit, relax, read a book … there’s even a fire pit out front. You’re eating really well, you’re sleeping really well, you’re relaxing really well – it’s a true escape.”

Although there’s only the one Shacky near Euroa at present, there are plans to add four more tiny houses to the Victorian landscape by the end of the year. The next stops for the tiny house movement will be the Yarra Valley, Moorabool, the Grampians and Gippsland. After that, Shacky plans to head south to Tasmania. In fact, the idea has been so successful Hubbard says there have even been people asking if the off-grid houses are available to buy.

“Tiny houses represent that simple, back-to-basics living. That’s a theme you’re starting to see in the real world. People are realising you don’t need to consume and spend too much in the real world. You can live very stylishly and very comfortably in a tiny home,” he says.

“And, I don’t think many places give you the opportunity to stay in the middle of an olive grove.”

For more information and bookings, head to Shacky’s website. 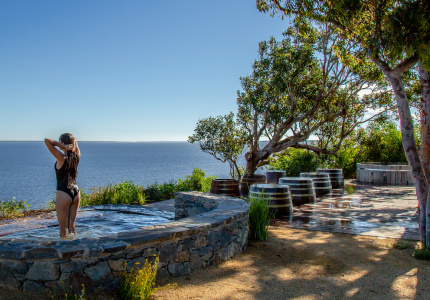