Humpbacks and southern right whales will be hanging out off the Victorian coast until October. In partnership with Tourism Australia, we look at where best to see them. 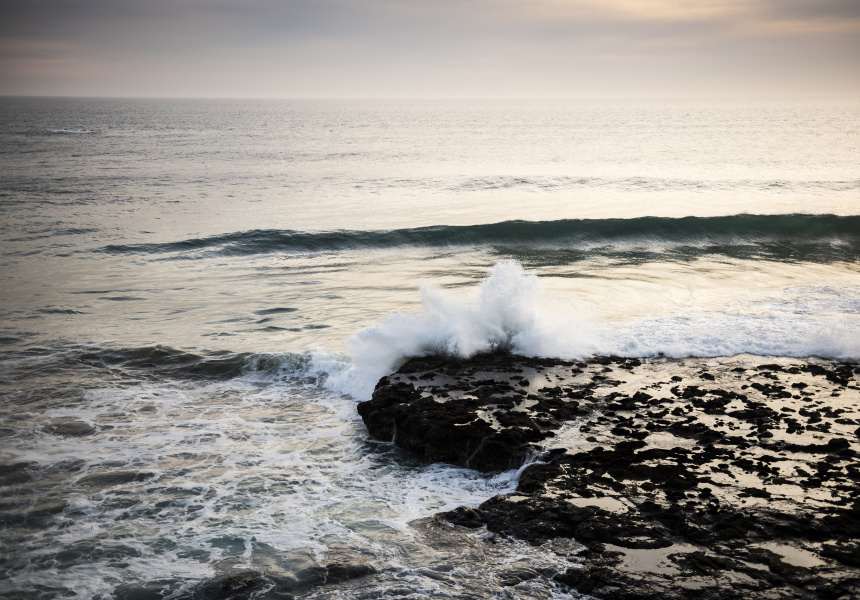 If you have concerns about visiting businesses or public spaces, or questions about self-isolation or coronavirus testing, check out the latest updates from the Department of Health and Human Services.

It’s winter, and Victorian waters are teeming with whales. From June to October, humpbacks, southern right whales (and even orcas) can be seen breaching, hunting and breeding in the coastal waters from Portland in Victoria’s southwest to the NSW border.

In order to spot these majestic mammals, it helps to know a little about their movements. While humpback and southern right whales migrate for the same reasons – calving and breeding – they don’t follow the same paths.

Humpbacks are dark blue with white ventral grooves (folds that line their throat) and very long flippers. Their name comes from the way their backs arch when they dive.

“Humpbacks feed in Antarctic waters, migrate past Phillip Island, then up the east coast to NSW and Queensland,” explains marine biologist Mikala Peters.

Humpback whale numbers have increased substantially since hunting was banned in the late 1970s, with more than 30,000 expected to travel up the Australian coast from the Antarctic through to October. “The season also seems to be extended so you have a really good chance of seeing them this winter,” Peters says.

Humpback migration can take up to eight weeks, during which time the whales are swimming continuously. They come in close to shore to navigate, using the contours of the ocean floor to find their way. “We also think they are trying to avoid the orcas,” says Peters.

Orcas, or killer whales, are easily recognised by their striking black and white markings and extremely long, tapered dorsal fins. They patrol the Victorian coast for food year-round, but they often follow humpbacks in order to hunt their calves.

Southern right whales have a smooth black back, no dorsal fin, and small rough patches of skin (called “callosities”) on their heads.

“Southern rights travel from the Southern Ocean,” says Peters. “Once they hit the coast of Australia they stop, usually around Portland or Warrnambool, to breed.”

Phillip Island
This island off Victoria’s southern coast is an ideal place to spot whales, especially humpbacks, which are the most commonly sighted out of the three discussed here, as they cruise along the Bass Coast toward warmer waters. You might be lucky to see southern rights, and – on rare occasions – orcas. Walk, ride or drive the Bass Coast Whale Discovery Trail, which will lead you to a range of coastal viewing points. Prime spots include Cape Woolamai, Pyramid Rock and the Summerlands area. Take binoculars and a warm jacket.

If you want to get out on the water, Wildlife Coast Cruises offers a trip that circumnavigates the island. While they are temporarily closed due to COVID-19 restrictions, they will be running cruises again from June 24th.

Manager Rachael Martin says the tour has about a 90 per cent whale sighting success rate. “I’m always amazed,” Martin says. “They usually come up to the boat because they are so inquisitive.”

Portland and Warrnambool
Every year more than a dozen southern right whales give birth and raise their young just off the southwest coast of Victoria, often close to shore.

The most common place to see them is Logan’s Beach, just outside Warrnambool, where raised platforms help whale fans see the mammals more clearly.

Southern rights can also often be spotted along the coast near Portland, from Cape Bridgewater to Narrawong. Visitor services officer Mike Risk says that during the peak times whales are visible off the coast of Portland almost every day, “but you’ve got to know what you’re looking for.”

If the yellow and blue whale flag is flying outside the Portland Visitor Information Centre, there’s a good chance you’ll catch a glimpse.

Keep an eye out at Port of Portland – in the Portland harbour – where whales often come to play within metres of a berth called Lee Breakwater. Other great viewing spots include the cliffs above Nuns Beach and further along Portland Bay.