Tiny, solar-powered houses in the wilderness are now available to Melburnians in need of a weekend recharge. 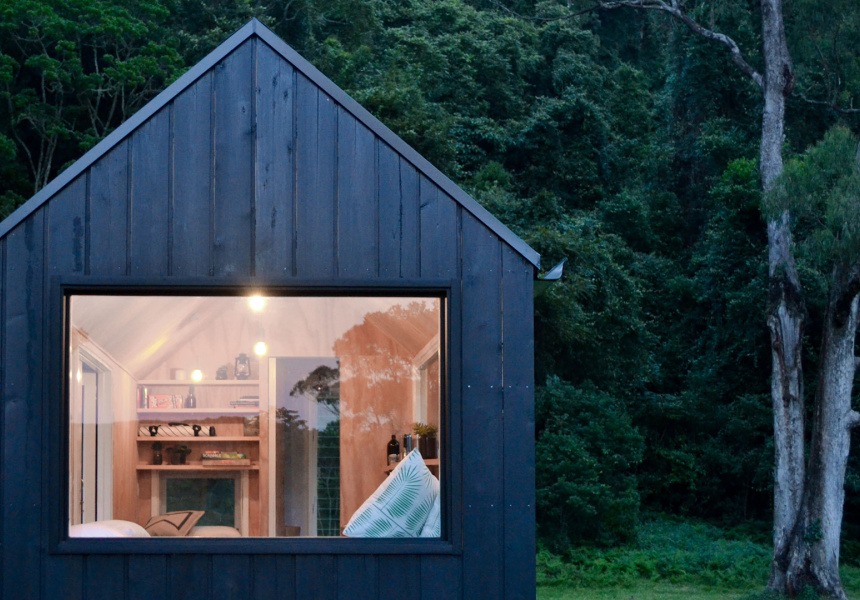 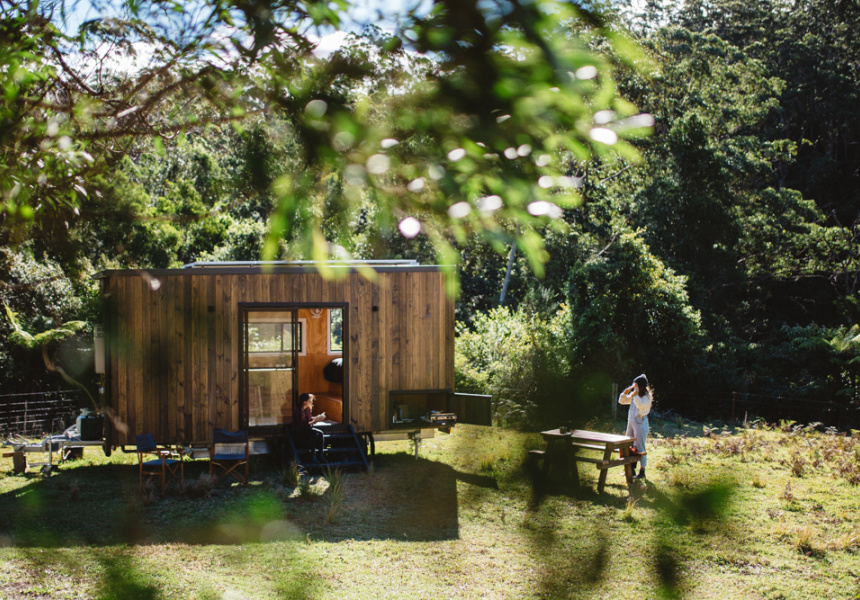 In the past few years, Unyoked has been inundated by reservation requests from seclusion-seeking Sydneysiders. The cabin start-up’s two New South Wales locations currently have a waiting list of more than 4000. Now, Victorians, you can find three Unyoked cabins closer to home. Yogie and Wal are each a manageable drive from Melbourne’s CBD.

Twin brothers Chris and Cameron Grant are behind the cabin-stay company, which puts minimalist, architecturally designed houses on private land in the country or wilderness.

“You jump in the car and drive less than two hours out of town,” says Chris. “Park the car and walk through some wilderness. Then you get to this peaceful area in the middle of the wild with no human elements. No cars, no power lines. You just hear quiet and see green.

“You’ve got a tiny house there, with all the essentials: a comfy bed, a warm shower, a stove and big windows to bring the outside in. It encourages people to hop off their phones and computers and spend some time doing some of the simple things and the slow things. Cooking, relaxing and hiking.”

Designed and built by Sydney-based firm Fresh Prince using sustainable materials, the cabins meld seamlessly with their natural surrounds. There’s no wi-fi, and that’s the point. They’re solar-powered and self-sustaining.

Each location is named after someone the Grant brothers have met on their travels.

“We met Yogie in Barcelona,” Cameron says. “She was a super-chilled Brazilian who’d spent a few years cutting around the Amazon, and was just exploring the world – paying her way by sculpting little wooden figures. Yogie loved the simple things.”

Yogie’s namesake cabin is nestled in a gully, an hour and half north-west of Melbourne. The lush woodland property is flanked by a trickling creek, a line of willows and cliffs – there are “no sounds but the local wildlife and the running of the stream,” Cameron says.

The Grant twins met Wal, an Iranian-Canadian, in Cambodia. “He’d just left his home town for the first time to start an open-ended world trip,” Cameron says. “You knew if Wal was around you’d soon be on another spontaneous expedition. Just the right amount of crazy.”

The Wal cabin is an hour and a half north-east of the city, on a property studded with enormous rock formations. Kangaroos dart around these boulders and come nightfall, Cameron says, there are “More stars than you can poke a stick at.”

“In Australia we work long hours to save for a big trip,” Chris says. “You go to South East Asia or the US for three weeks of the year, and do blocks of work to make that happen. But you really need these micro-adventures. Getting away one weekend a month can do a lot for your health and your work, and keep you balanced.”

This article was updated on March 25, 2019. Since publication another cabin, Micah has become available to book. It's located near Kyneton. 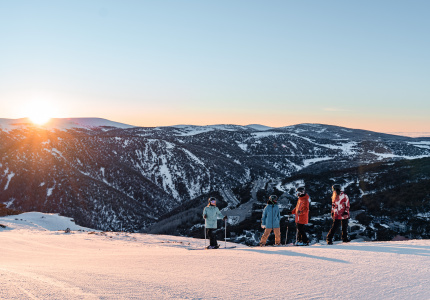