This summer, explore five of these lesser-known swimming spots, where the crowds are smaller (and you may even feel inclined to shed all of your clothes). 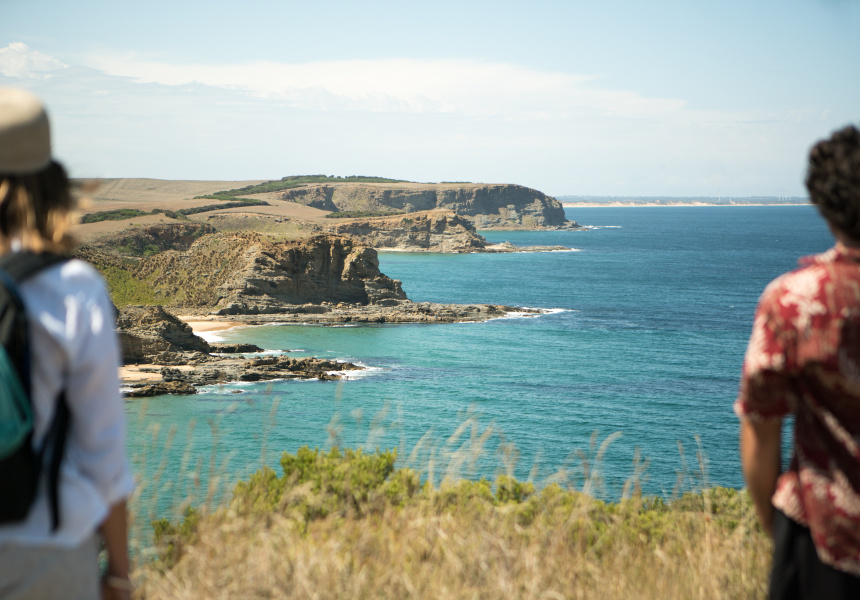 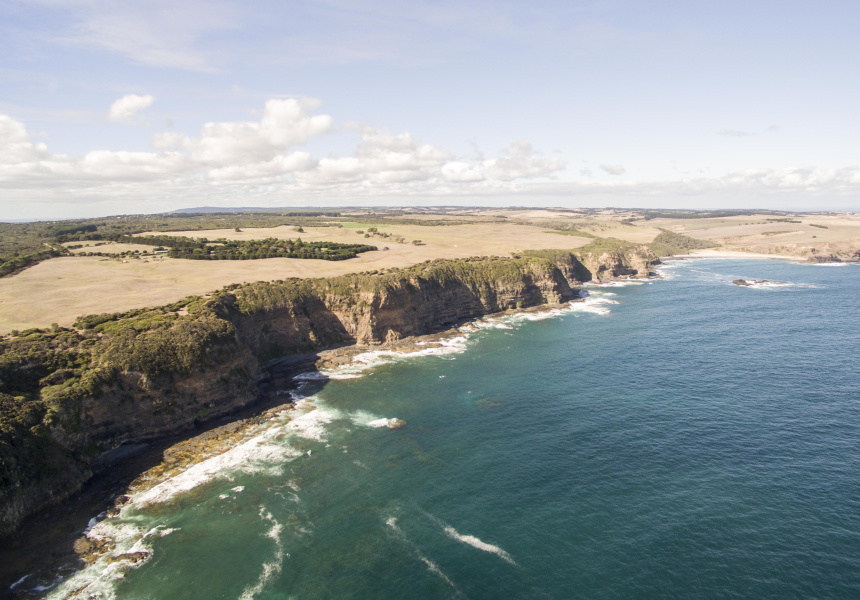 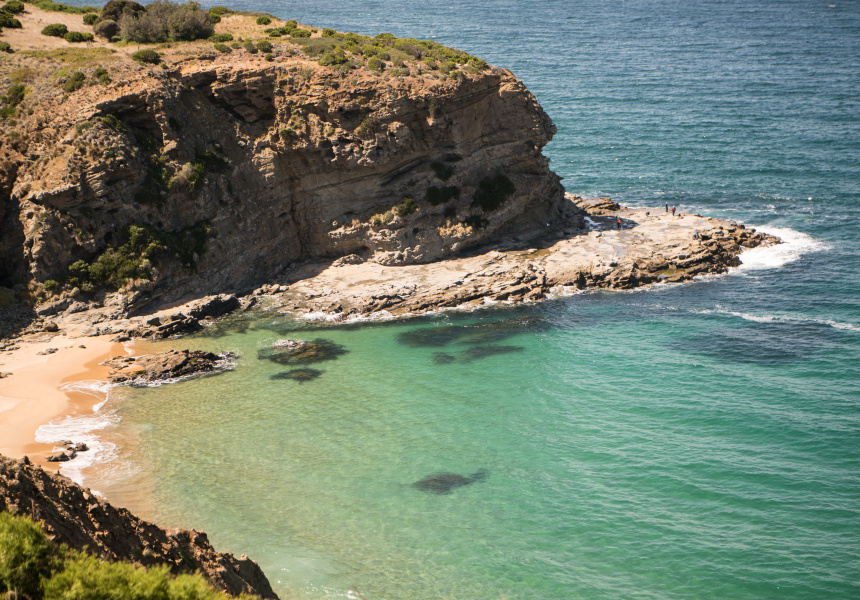 There is a surfer’s law that you mustn’t reveal secret surf spots to others, to keep isolated, local breaks somewhat crowd-free. The same can’t be said for swimming beaches, unfortunately. Though these spots are idyllic when you get them all to yourself, we’re of the opinion this natural bounty should be respectfully shared. There’s certainly plenty to go round.

Bushrangers Bay, Cape Schanck
There are lots of places to swim on the Mornington Peninsula, but places like Bushrangers Bay are a little harder to find, which is what makes them so special. Bushrangers Bay is named after two escaped convicts and has a hiking trail that runs from Cape Schanck Lighthouse to Boneo Road. There are car parks at either end; the rock pools are located in the middle of the trail, near a large outcrop called Elephant Rock. Walk along the basalt cliffs and cool off in the water at low tide. The rock pools here come in many shapes and sizes – some as big and deep as full-size pools, others small enough for just one to bathe in – all with ocean views.

Punchbowl Coastal Reserve, Kilcunda
Swimming at any of the secluded beaches along the George Bass Coastal Walk requires a certain level of commitment, but it could be the most revealing hike you do this summer. The walk between San Remo and Kilcunda is along the top of the cliffs on a clearly defined trail looking out towards Phillip Island. Along the journey, you’ll find paths shooting off down to beaches, and reef platforms with rock pools. The full walk is seven kilometres one way, so you’ll need the better part of an afternoon to account for plenty of swimming stops along the way. It’s likely you’ll have these beaches to yourself too. Bring plenty of water and snacks, and make sure if you hike this path one way, you have a ride back to your car at the other end, or are prepared to walk the return trip.

Addiscot Beach, Point Addis
It depends on how to you like to swim, but if you’re of the sea-over-pool persuasion, the far end of Addiscot Beach at Point Addis, near Torquay, should be on your list. Just past the popular and world-renowned Bells Beach, Addiscot is tucked into a quiet, sheltered bay with a backdrop of dramatic, crumbling sandstone cliffs. Outer reefs protect the cove from swell, making it one of the most-friendly beaches for swimming along this coast. Point Addis itself is not particularly secret, but the nudie part down the far end of the beach is a little more discrete (even though it’s been a nude beach since 1986). Entry is down the main steps to the fully-clad section, then stroll at least a few hundred metres down the beach before you strip down. It’s not for the faint-hearted – it’s for the bare-bummed.

Gellibrand River Mouth, Princetown
This spot is a secret beach for a couple of reasons. Firstly, it’s located at Princetown, near the 12 Apostles (not the town of Gellibrand further inland in the Otways, where the river originates). Secondly, it’s officially a river. It produces enormous sand banks just as it meets the ocean, so in our minds, it’s a beach experience. This coast is notoriously wild and completely un-swimmable most days, but the river section is always safe and calm. Take the turn off to the Princetown Recreation Reserve, then follow the signs to the beach – 500-metres of sandy trail will bring you to a protected inlet along the Gellibrand River. Water here is brackish (partly salty) and often much warmer than the nearby ocean. Don’t be afraid of the dark colour – the river is full of tea tree oil and natural tannins, the same plant material that makes wine red).

Childers Cove, Warrnambool
Childers Cove is the kind of place you only hear about from a local, so it’s bittersweet to blow the lid off this secret spot. Just outside of Warrnambool, on this infamously wild coastline, the inlet might be one of the most protected places to swim on the Great Ocean Road. Turn off the Great Ocean Road at Childers Cove Road and drive 11 kilometres, passing two other bays (Murnanes Bay and Sandy Cove) with towering limestone cliffs and grassy green bluffs. From the car park, steps will take you down to the picturesque 100-metre long beach. Swim in the clear shallow water and revel in the ultimate isolation of your own private Idaho.

Find out more about the best places to swim in Australia via @placesweswim.

This article was updated on December 5, 2018. Some details may have changed since publication. 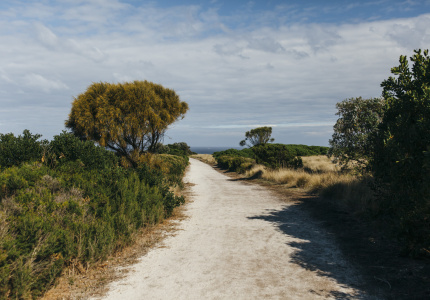