Produced by Broadsheet in partnership
with Visit Victoria.

Escape the City: Things to Do in November

Wine festivals, flower power, produce markets and Australia’s most high-profile art prize – in partnership with Visit Victoria, here’s what you need to see, do, drink and eat this month. Toast to the Coast - Basils Farm As the year rolls to a close, the festivities begin to ramp up. That’s mirrored in the abundant spring produce and blossoming natural wonders on offer around Victoria. In a month that just happens to hold a handy long weekend in its midst, here’s a guide of where to get out of town and take advantage. 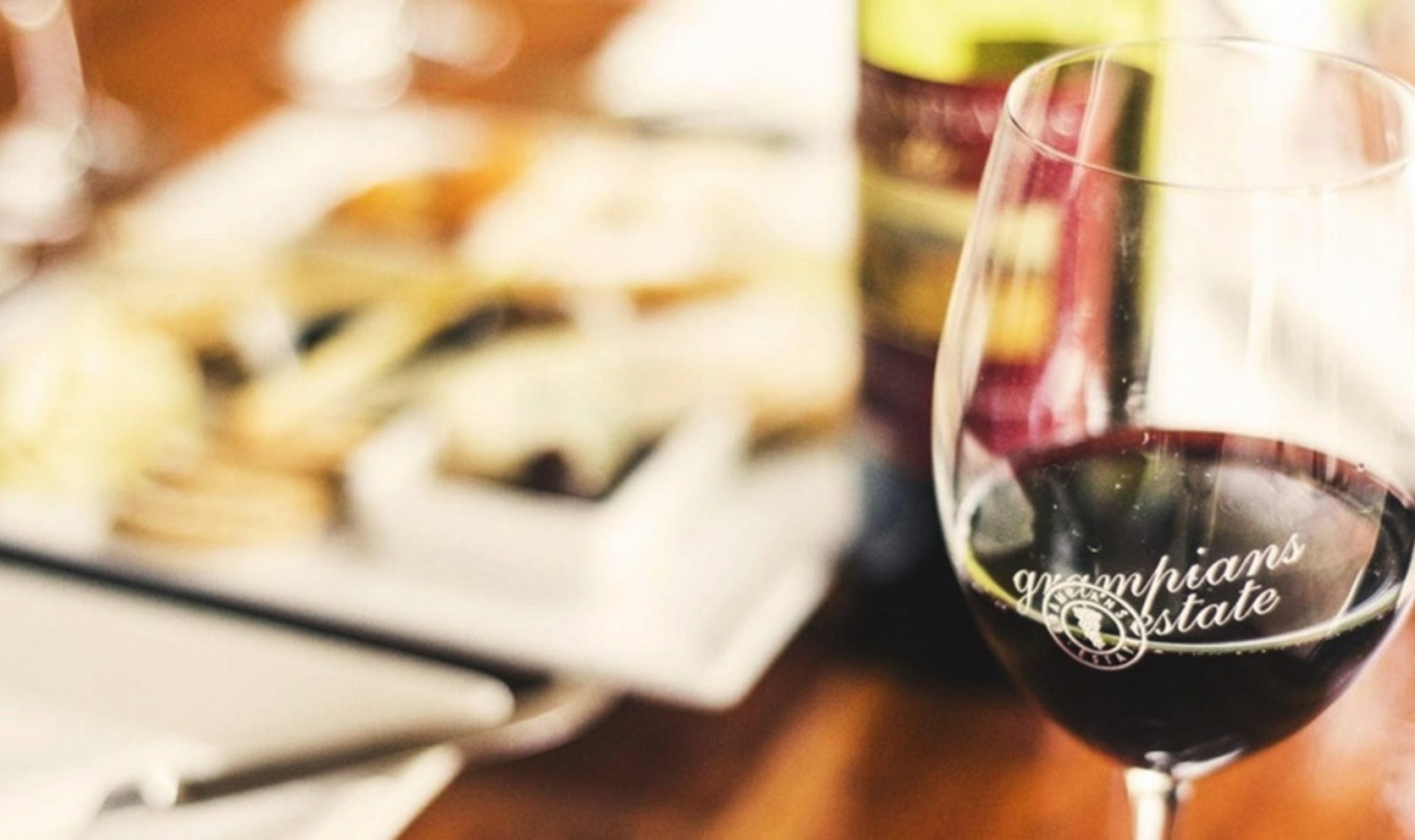 There’s a lot of wine out west. In particular shiraz, which some in the know tout as the best in the country. The cellar doors and restaurants encircling the Grampians are celebrating the mid-weight red with Seriously Shiraz, a festival running November 3–7 (the Melbourne Cup long weekend).

Over five days, Seriously Shiraz will play host to tastings, masterclasses, live music and degustations in celebration of the wine. The Sparkling Shiraz Masterclass will see visitors compare, taste and sip a range of award-winning wines from the region, while Barangaroo Boutique Wines will have slow-cooked beef brisket buns ready to devour between glasses of its current and future vintages.

Young-gun winemakers Adam Louder (SubRosa), Rory Lane (The Story Wines) and Simon Fennell (One Tonne Wine Co.) will gather their top drops at a pop-up cellar door, and adventurous sorts might like to take in the vineyards from above, in a helicopter flight over the stunning region. There will also be a Croquet & Rosé garden party at the Ararat Croquet Club if you prefer your wine on the pinker side.

Geelong and the Bellarine – Toast to the Coast
November 4-5 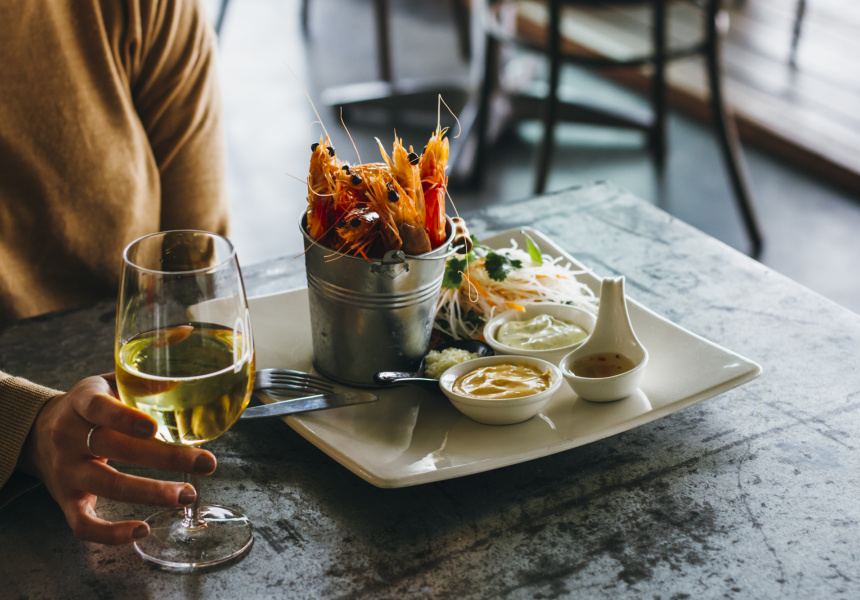 Now here’s how to escape the Melbourne Cup – the 16th annual Toast to the Coast returns to the Geelong wine region over November 4 and 5.

Toast to the Coast showcases wine and food from three distinct sub regions: the Surf Coast, Moorabool Valley and Bellarine Peninsula. Growing conditions and soil types vary dramatically between the three – from sandy loam and basalt plains to river loam and rich volcanic, meaning the region produces a large variety of wines. Shiraz, pinot noir and chardonnay reign supreme, but riesling, gewurztraminer and merlot, and rarer drops like primitivo, gamay, langrein and carmenere, are here too.

Patrons will have the chance to hop between venues, soak up idyllic views and taste the bounty of both well-known wineries and small-scale producers. You can even leave the car at home – there’s a bus to shuttle you from glass to glass.

Buy a pass to Saturday, Sunday or the entire weekend.

Toast to the Coast 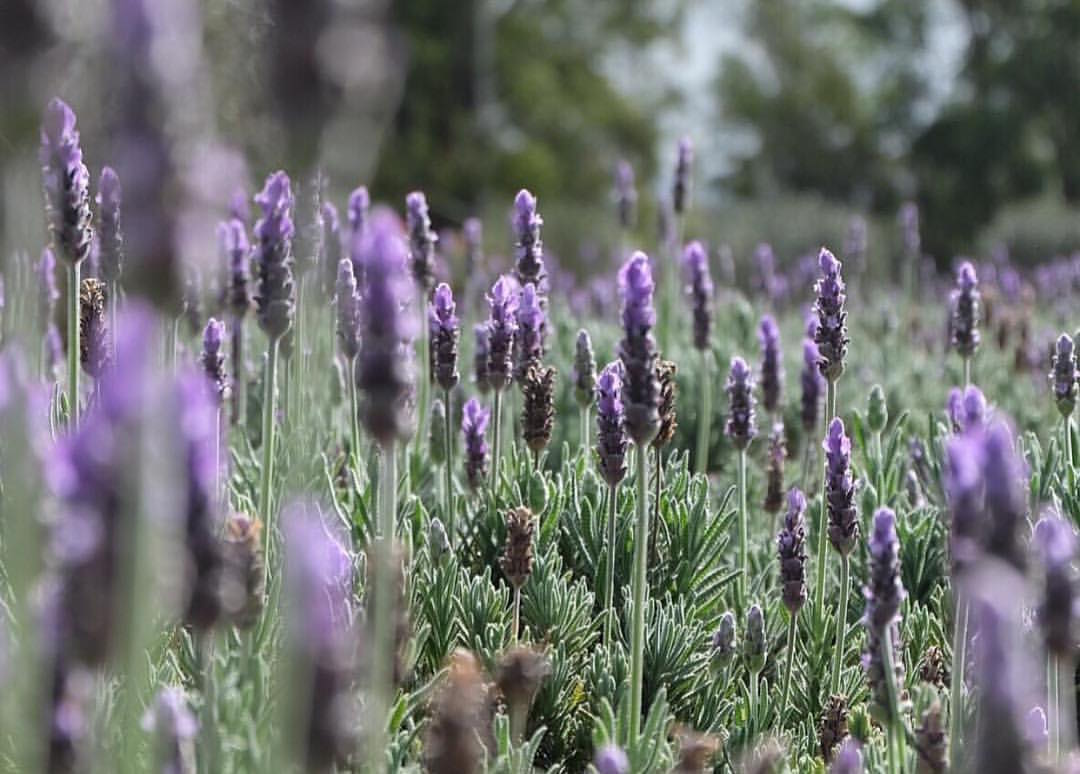 Floral enthusiasts, unite. Warratina Lavender Farm in Wandin Yallock will swing open its gates from November 18–19 for a weekend of frolicking among its five acres of lavender.

Visitors can mosey the purple fields before being introduced to a cup of lavender-infused tea and lavender scones topped with strawberry lavender jam and lashings of cream – all homemade on site. Savoury local produce will be on hand and can be paired with a glass of local wine. Pocket some lavender for home in the form of essential oil, room sprays, candles, sachets, pillows and heat sacks, as well as plenty of edibles.

The stunning one-acre garden of salvias, roses, rhododendrons and azaleas that surrounds the farm’s private homestead will also be open to the public over the weekend. 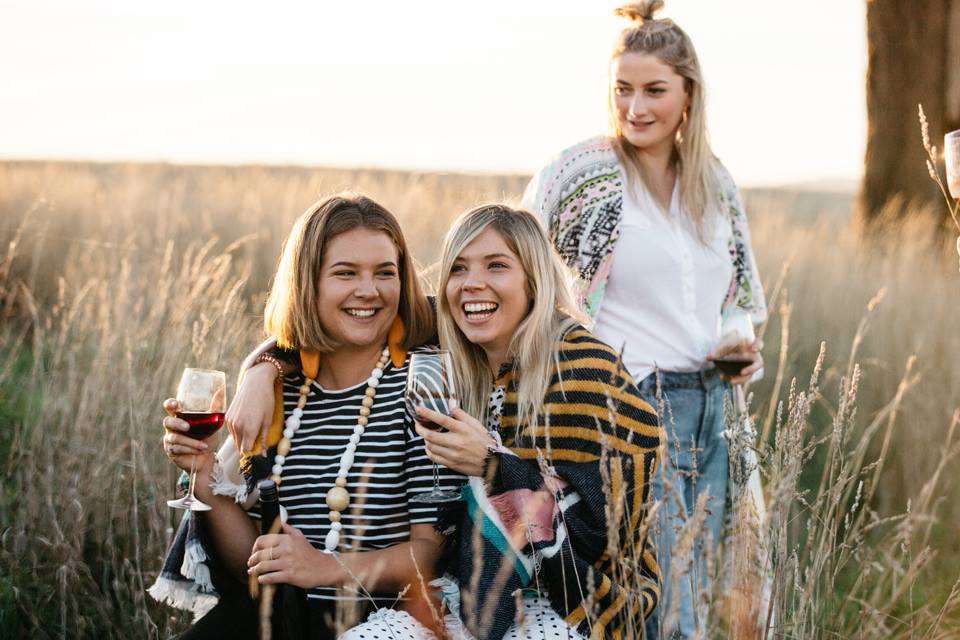 For the 26th year in a row, Macedon Ranges will turn on the fanfare in mid-November and celebrate Budburst, the first buds bursting on a new vintage. Spanning the weekend of November 18–19, the Macedon Ranges Wine & Food Budburst Festival will meld generous wine tastings with produce-driven lunches and dinners.

Keen quaffers can visit more than 30 wineries at 20 venues across the region during the festival, with the vigneron and vintners on hand to chat. Patrons will be designated a tasting glass to hold on to, and there are even buses to move you from one location to the next.

Participating cellar doors include Lanes End at Lancefield, Midhill Vineyard at Romsey, Wombat Forest Vineyard at Denver and Chanters Ridge at Tylden, while Cloud 9 Farm in Pastoria is a great spot to stop once you’re in need of a nibble as this boutique winery also makes its own cheese.

The Cosmopolitan Hotel at Trentham will host tastings of Athletes of Wine, Passing Clouds, Silent Way and Pegeric wines, while offering its usual pub grub goodness. Meanwhile, organic and biodynamic winery Cobaw Ridge at Pastoria East is pairing up with Kyneton’s Colenso on Sunday to plate up dishes made with Macedon Ranges produce and baked in the on-site wood-fired oven.

The festival runs from 10am to 5pm each day, and Woodend institution Holgate Brewhouse makes an ideal midpoint to rest your head overnight. 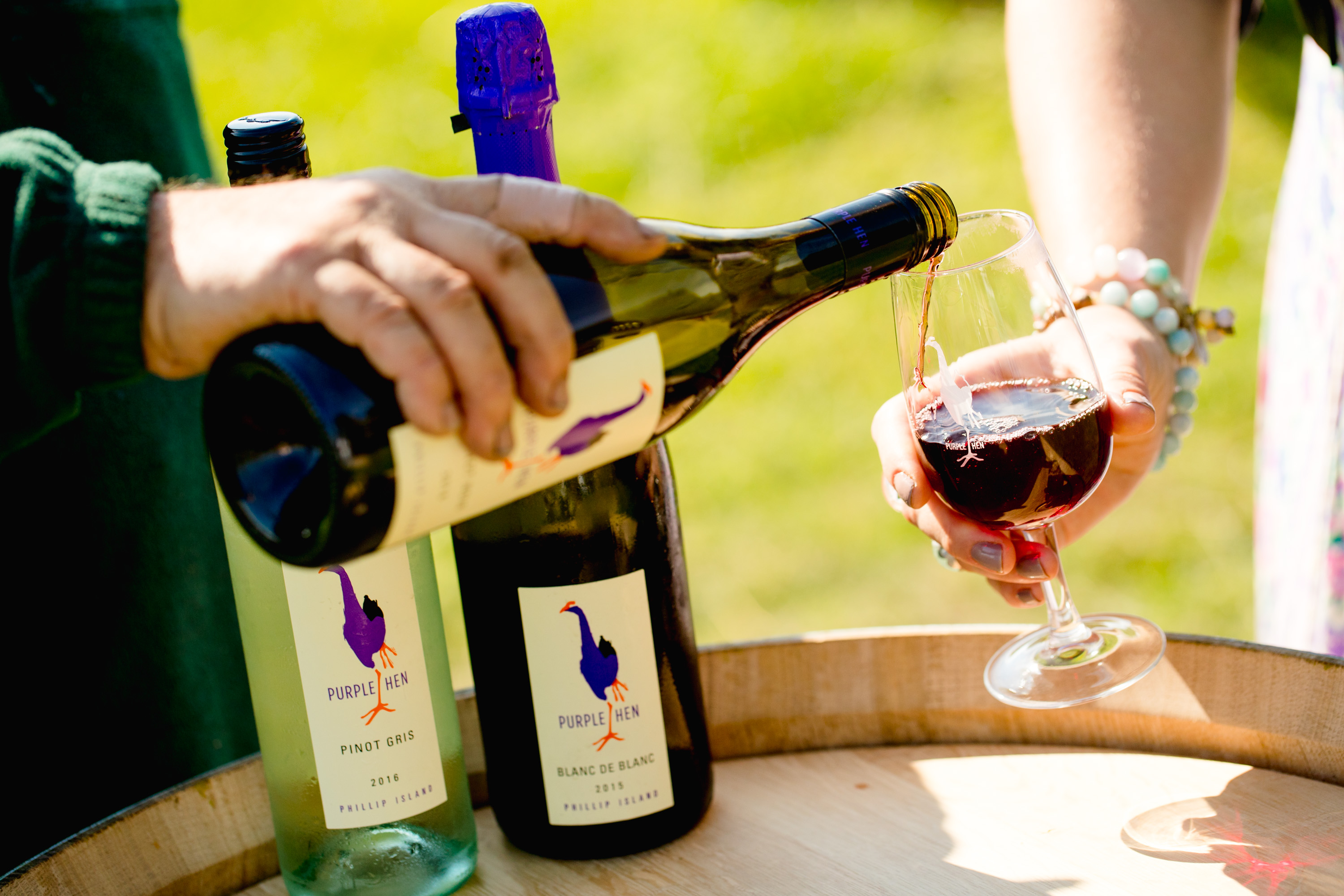 Phillip Island is much more than just a sea-ringed land featuring penguins, a racetrack and an abundance of natural beauty. It’s also home to a cluster of dedicated farmers, producers, winemakers, brewers, cafes and restaurants.

Often nestled discreetly in what can feel like endless stretches of fields, these small-scale food producers are sometimes only known by locals. At least until the annual Phillip Island Food & Wine Festival. Held on Friday November 24, 4pm–9pm at the Cowes Cultural Centre, the event sees some of the island’s best emerge to show off their wares and raise funds for the local Bass Coast Community Foundation.

Farmgate produce, wine tastings and delicious eats from restaurants from Phillip Island, the Bass Coast and greater South Gippsland region will all be showcased, while local musicians keep you entertained between edible indulgences.

Geelong and the Bellarine – The Archibald Prize 2017
Until December 10 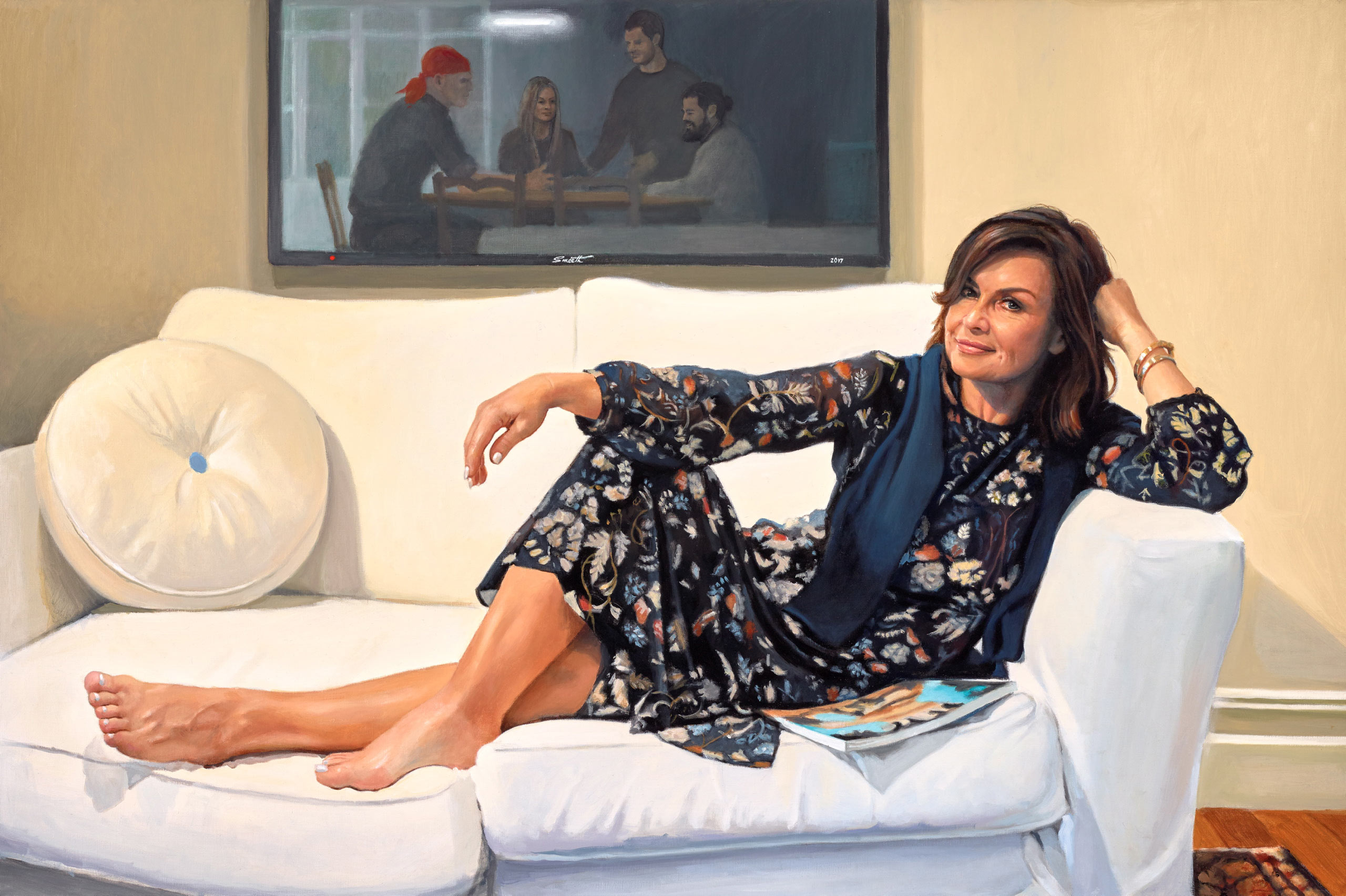 The Archibald Prize is one of Australia’s oldest, most prestigious and often controversial art awards. Following on from its Art Gallery of NSW showcase in Sydney, the Archibald Prize 2017 exhibition arrives in Geelong from October 27 to December 10 for the start of its regional tour. The Geelong Gallery will exclusively host the exhibition in Victoria this year.

First awarded in 1921, The Archibald Prize is an exhibition of the country’s best portrait paintings. It’s often a who’s who of Australian culture, featuring many recognisable faces from politicians and sporting heroes to self-portraits of the artists.

This year’s prize was awarded to artist Mitch Cairns for his portrait of artist Agatha Gothe-Snape. The Packing Room Prize went to Peter Smeeth for his painting of television presenter Lisa Wilkinson, while the winner of the ANZ People’s Choice award went to comedian, author and artist Anh Do for his portrait of actor Jack Charles.

Produced by Broadsheet in partnership
with Visit Victoria.
Learn more about partner content on Broadsheet.