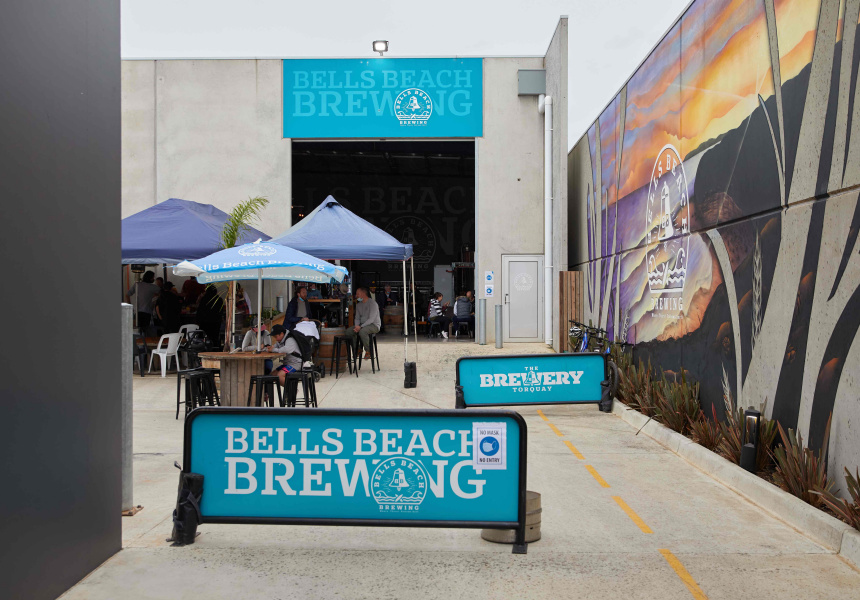 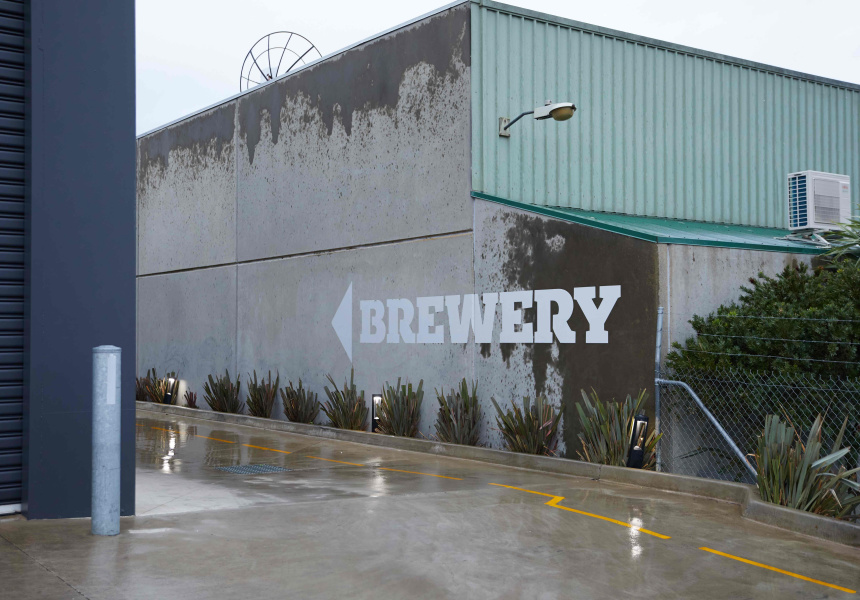 Bells Beach is one of the world’s most iconic surf beaches. But these days, it’s also making a name as a craft beer destination, thanks to Bells Beach Brewing.

Co-founders slash friends Jonothan Moscrop and Adam Smith were automotive engineers in a former life. They took their practical nous and applied it to the complex world of beer brewing and teamed up with local photographer Jeff Crow. The trio pumped out their first brew, the Southside Saison, in 2015.

Their Torquay tap room opened three years later in the industrial precinct of Baines Crescent, right behind Rip Curl HQ. Like any unsung, city laneway bar; this one can be a little hard to find. But your search will be well-rewarded once inside. Resplendent, shiny and oversized contraptions loom large over the tasting bar. Overhead pipes and moody festoon lights complete the picture.

Come thirsty, because there are hectolitres on-brew here and plenty to sample. Core range highlights include The Hells Bells XPA, Endless Summer Lager, Bells Session Ale and Addis Pale. Those are all familiar if not smashable styles. But for something a little heavier, try Posso’s IPA or the Bird Rock Brown coffee ale. The South Saison remains the sentimental favourite. In the past, small batch releases have included a west coast style, wet-hopped IPA, and red ale aged in pinot noir barrels.

A food truck is perennially parked outside, where beer lovers flock to the high-tops under bright blue umbrellas. Footy fans will get a kick out of the big screen inside. It’s a great place to settle in for a session.