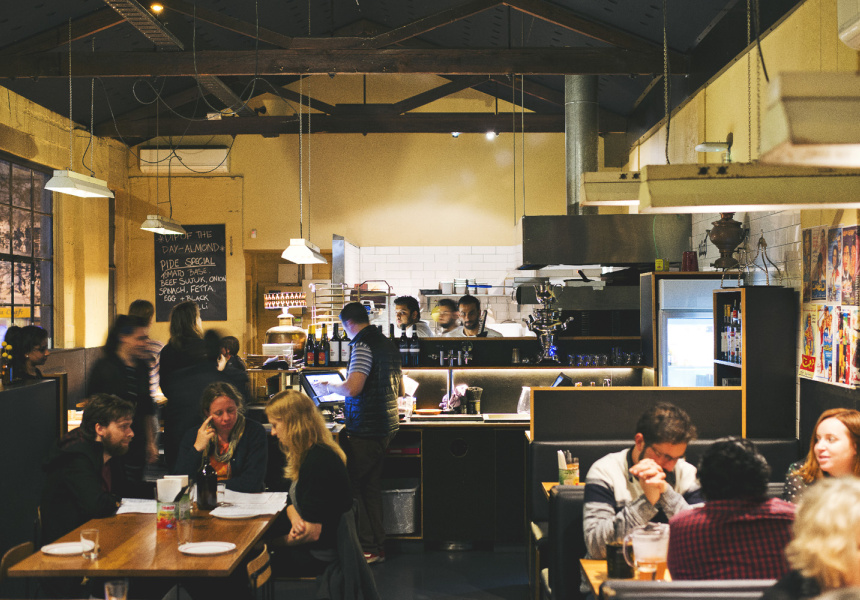 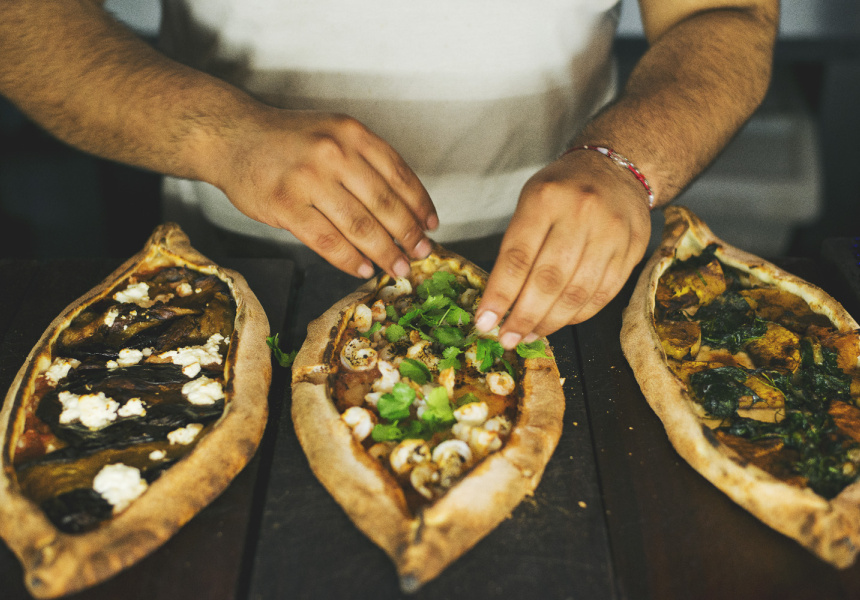 Joseph Abboud's second eatery (the first being Rumi), The Moor’s Head, is something out of the box.

The catchcry at the Thornbury venue is "inauthentic pizza", which is to say: it is indeed pizza, but not the sort you’re thinking of. In truth, it’s manoushé (pronounced man’k’ousher), a Lebanese round pizza. And for those willing to veer even further away from the Mediterranean, there is also the long pide. Representative of more Middle Eastern cuisine, Lebanese pizzas have many alternative ingredients to the staple Italian versions.

At first sight, the manoushé appears not too dissimilar to any other pizza, but the pide is elongated and sometimes folded up at the sides like a canoe. Atop each of these two styles, there are several options to choose from, with names like Fred the Deaf (minced chicken, garlic, green olives, roquette), The Golden Terrace (minced beef, fresh tomato, chilli, almonds, lemon) and Istanbuli (pumpkin, tahini, dukkah, parsley). Of course there are sweets, salads and some great starter options too, a concise wines list (two whites, two reds) and Lebanese and Turkish beers.

The interior is characterised by neat black surfaces and unvarnished wood, which gives a casual feel to those who might choose to sit low together at a booth, at a table, or elevated up on high stools by the street windows.

The Moor’s Head (which refers to the still in which the Middle Eastern spirit Arak is produced) is a proper Lebanese pizza restaurant and is in every expected sense, a step up from the takeaway pizza norm (though you can takeaway here too).