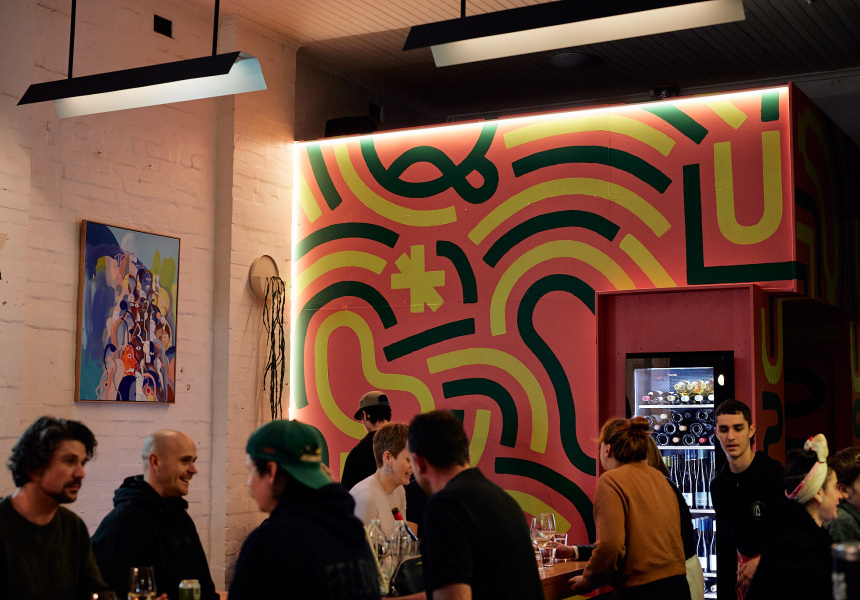 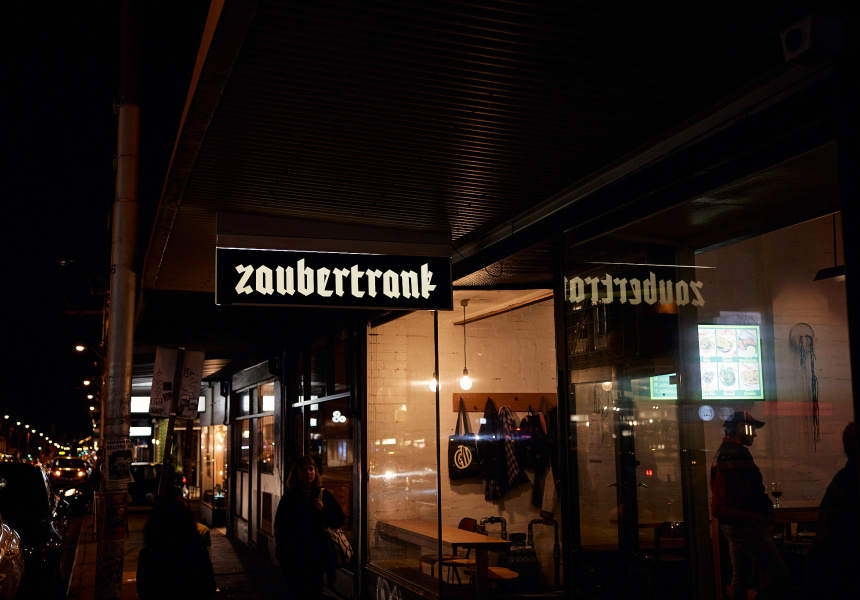 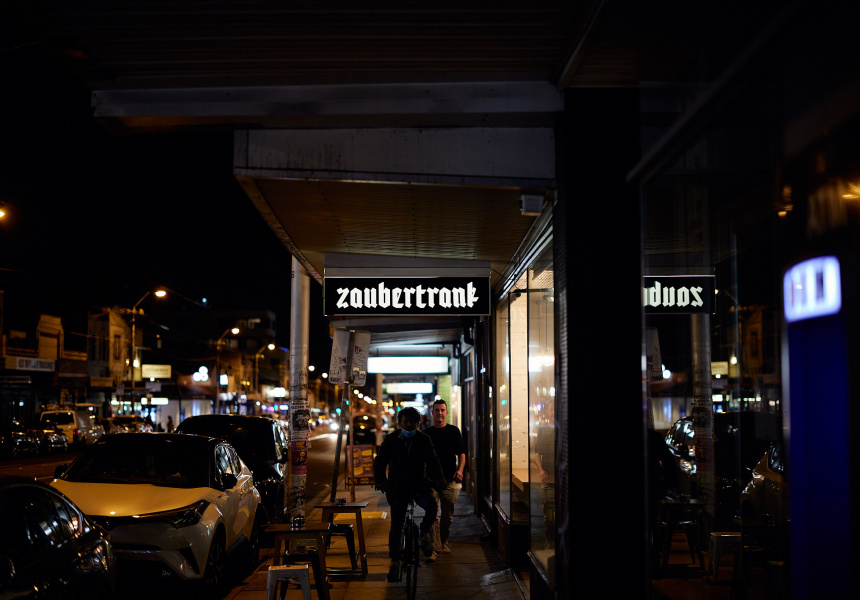 Zaubertrank is a German word that means ‘magic potion’ or ‘magic drink’. But it’s also the name of this Thornbury wine bar by Ben Duval, Alex Schulz and Ben Carwyn of exceptional bottle shop and bar Carwyn Cellars (general manager, wine guy and founder, respectively), which is only a few doors down on High Street.

The inspiration comes from a German bar of the same name, which Duval and Schulz would frequent while on exchange in Hamburg: an appointment-only apothecary selling homemade liqueur, mead and, in Schulz’s words, “psychedelic things”.

Unlike its namesake, there are no illicit substances on the menu at Zaubertrank. But there is a rotating list of aromatic white wines from Germany and Austria, plus a smaller selection of medium-bodied reds like spätburgunder, a German-style pinot noir.

You won’t find any schnitzels or pretzels, though. Instead, Schulz borrows from his experiences in Kuala Lumpur, offering a small selection of Malaysian-inspired bar snacks, a specific style not unlike what you’d find at bars, hotels and country clubs around KL. Plus, the occasional nod to Germany like curry knackwurst, a fried sausage served with mustardy, curry-spiked mayo.

At only 40 seats, the space is relatively snug. But like the concept itself, it’s got a big personality. The first thing you see when you approach is a giant “ZT” sign above the door, written in a German-style gothic font and guarded behind a metal cage.

The interior has pink- and green-accented feature walls, with line murals by local artist Roger Wilkie. There’s a long communal table down the middle of the room and a handful of bar seats, all of which offer views into the open kitchen.