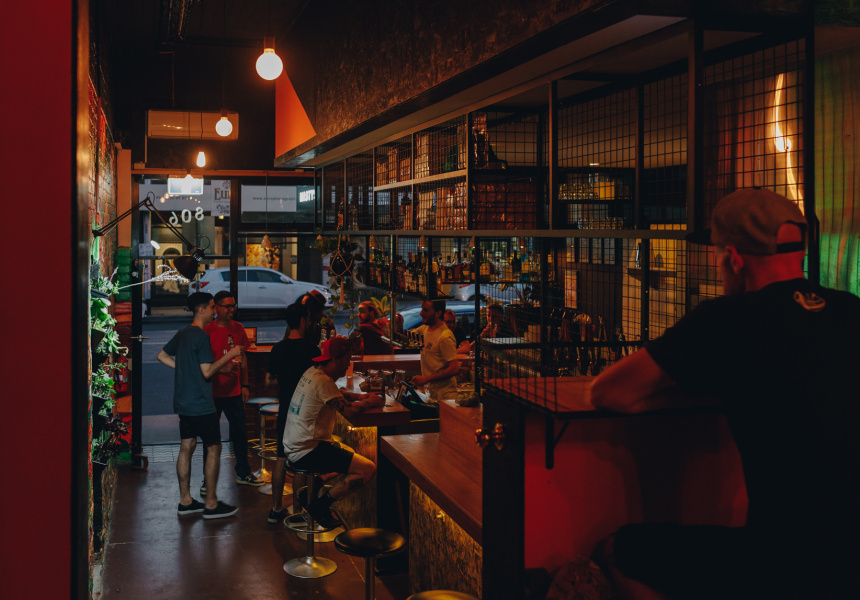 Nasty’s is run by former Easey’s bartender Nick Matheson in a low-key terrace.

Visually, nothing matches, but that has a comforting effect. This is one incredibly chilled-out watering hole, and the further you venture inside, the more personality it reveals.

The dimly lit front bar has a graffitied wall on the right by Mitch Walder in frenzied acid green and orange. A large window looks out onto High Street and you can plonk yourself along the blond timber benches that skirt the walls and bar, and hang your jacket on one of the doorknobs underneath. The concrete floors are painted maroon, and a large metal cage encases the tiny kitchen, which churns out booze-friendly snacks such as cheese toasties and fried chicken.

Further inside is a wall of a dozen or so framed dog portraits. Deeper in small rooms are filled with old ironing boards, kegs and skateboard decks that function as furniture. One couch is made of old Saab car seats (complete with cup holders). Two bathtubs have been conjoined into a corner seat, and there’s a beer garden. On the speakers you’ll hear anything from hip-hop to Johnny Cash.

There’s not a cocktail in sight. Instead, there’s a tight selection of spirits, beers and wine. Brews might come from Bodriggy Brewing Co in Abbotsford or Hargreaves Hill in Yarra Glen. There’s a solid selection of classic spirits such as gin from Mountain Distilling.