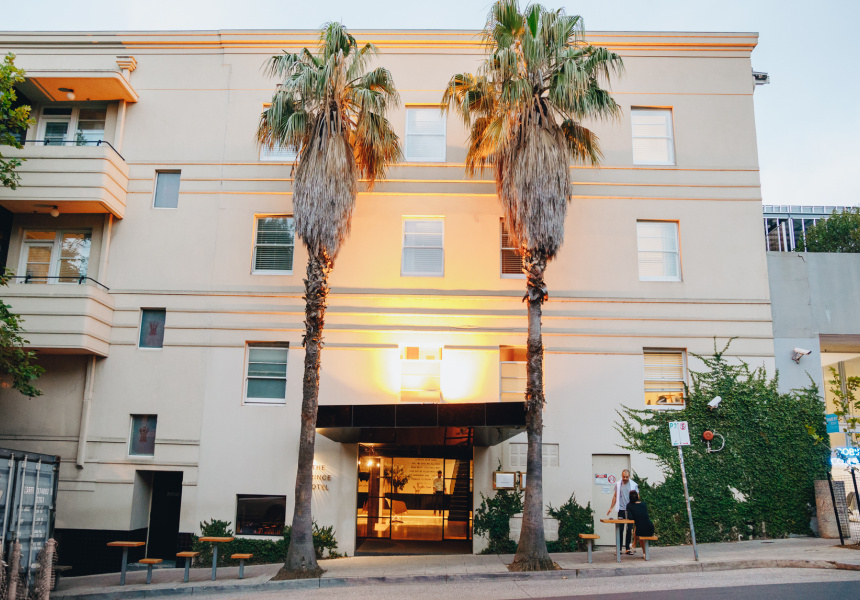 This airy second-level restaurant is a revival of the legendary Circa, once a shining jewel inside the Prince of Wales Hotel’s crown (it closed early in 2017 after almost 20 years of service).

Now the space and offering, as Prince Dining Room, is completely changed.

Entry to Prince Dining Room is via a set of earthy Australian marble stairs leading to several distinctive dining spots ranging from small booths smartly stitched around a winding criss-crossing partition wall (for some long-haul business class-esque intimacy) to a more exposed 16-seat group table (still not economy, mind you).

While full of modern flourishes, the new design maintains the charm of the bright Art Deco space, which peaks around late afternoon when light spills in through stately French windows.

The lunch and dinner menu involves seafood and vegetable-focused broad-stroke Mediterranean dishes with influences from Europe, the Middle East and northern Africa.

Starting options might include flatbread hot out of the oven served with buffalo mozzarella, prosciutto and basil; zesty black kingfish crudo topped with lime, chilli and wild fennel; and gnocchi with broad bean pesto and spring vegetables.

Several mains and a few skewered dishes are cooked over a woodfired grill. It’s fuelled with flavour-enhancing wood chips such as hickory or apple wood. For evidence of its charring abilities, go for the decoratively blackened lamb shoulder served on the bone with pine nuts and raisins.