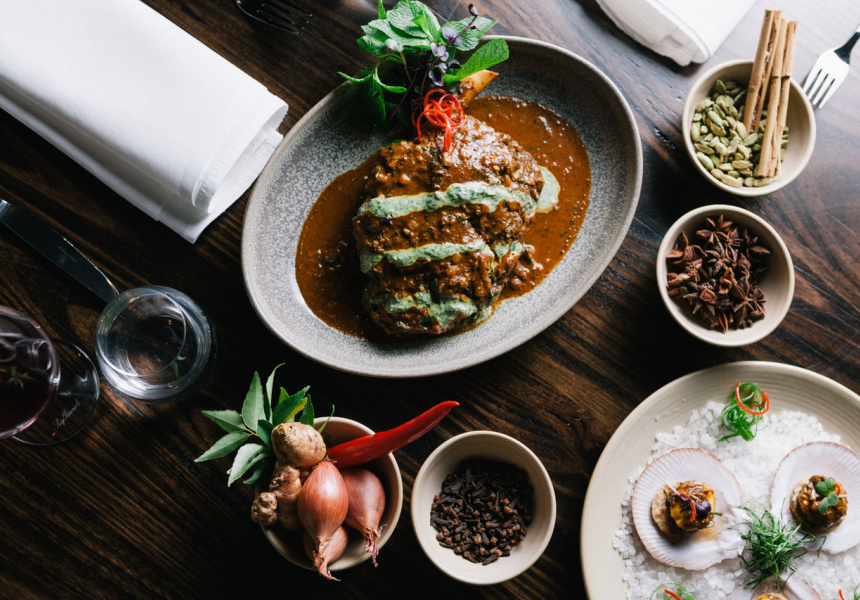 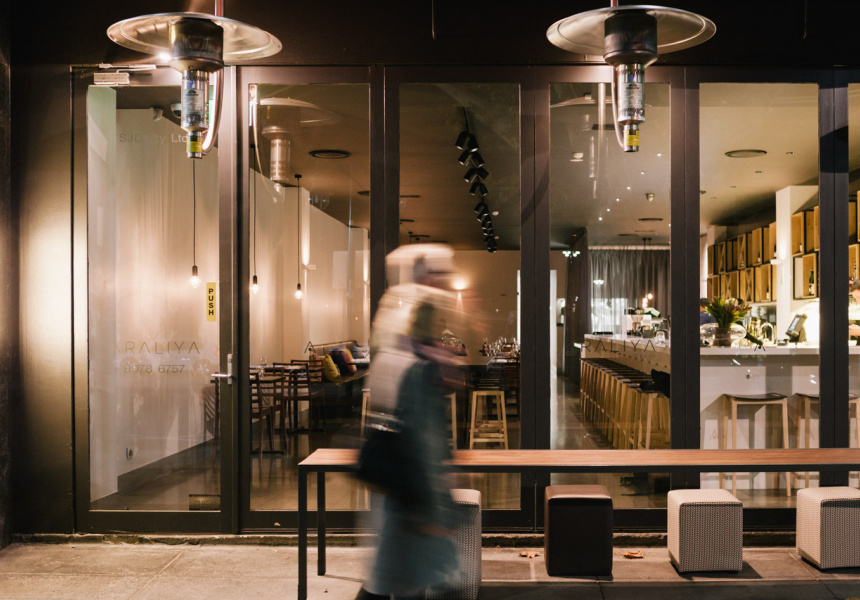 Araliya in St Kilda is Sam Wedande’s crowning achievement. The chef first learned to cook in his native city of Kandy in Sri Lanka’s Central Province. Then he graduated to five-star restaurants in the UK, then to Melbourne’s Hilton in the mid 1980s before opening five restaurants in Melbourne over 20 years, including the Hawthorn institution, Araliya. This is replicated in St Kilda, but it is more glamorous and hopes to tap in more to the area’s nightlife.

Here Wedande is more experimental with the flavours and he uses new recipes. Araliya St Kilda also defines the menu as much by its drinks as it does the food.

There is a long, prodigiously stocked bar skirting the room. From here order a spicy, moreish Bloody Mary from a selection of house creations, including chilli and grapefruit margaritas, basil martinis and a green-tea mojito. The space is modern, with white walls lining an open, rectangular floor, while low-hanging, retro bulbs cast a merry glow over the tables.

The menu includes Wagyu brisket with cardamom and kithul palm sap and duck confit in a roast-fennel curry. But the twist is in the method. Sam explains that Sri Lankan cooking traditionally uses meats to flavour the sauces, despite it overcooking the meat. At Araliya the kitchen uses the French method of cooking the meat perfectly by itself, then combining it with the sauce of another fish at the end. It’s a long process, but definitely worth it.