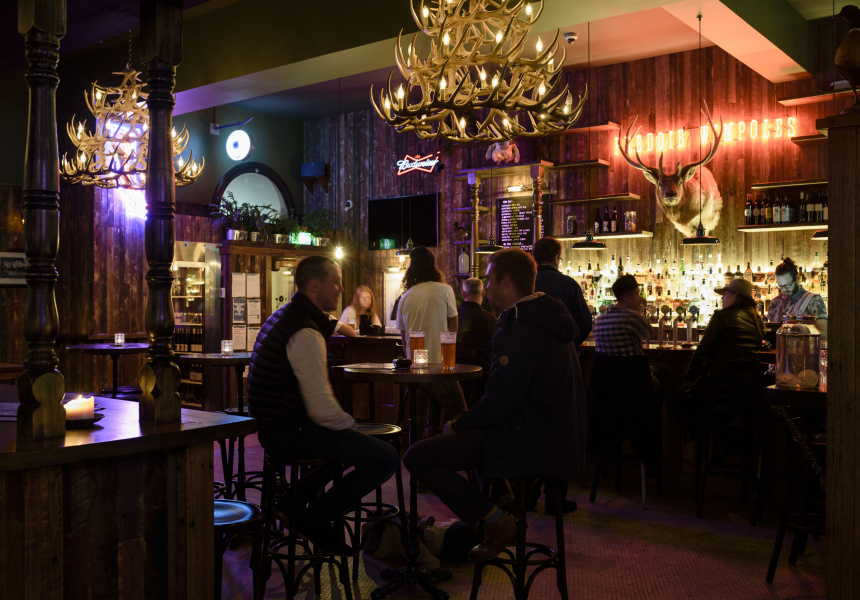 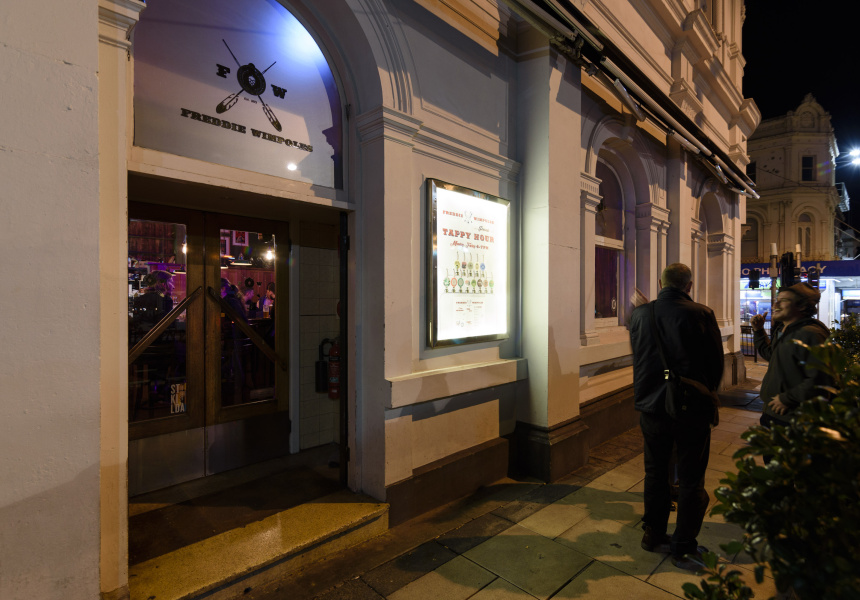 The George Hotel, established in 1857, is an important part of St Kilda’s history. When Liam Ganley turned it into Freddie Wimpoles, he fitted out the 150-seat space as a hunter lodge–style bar, with dark timbers, a feature wall of beer cans and antler chandeliers.

There’s a mix of seating options including large communal tables if you’re with a big group, square four-seaters if you’re looking for something more intimate, and bar tables and stools if you’re only in for a drink.

Beer is the main offering. The name, Freddie Wimpoles, pays homage to a Frederick Wimpole who purchased The George in 1873, became mayor of St Kilda in 1886 and director of the Melbourne Co-operative Brewing Company (now Carlton & United Breweries) in the late 1800s.

Twelve beers, both local and international, rotate through the taps. An extensive range of canned and bottled brews is also available. If you don’t fancy beer, there are 180 spirits to choose from.

An American deli–style menu of subs, sandwiches and hot dogs complement the drink offerings. There’s a classic Reuben and the Traditional French Dip (a roast-beef and horseradish sandwich with beef juice for dipping). A vegetarian sub with roasted eggplant, Swiss mushroom and vintage cheddar is also available.