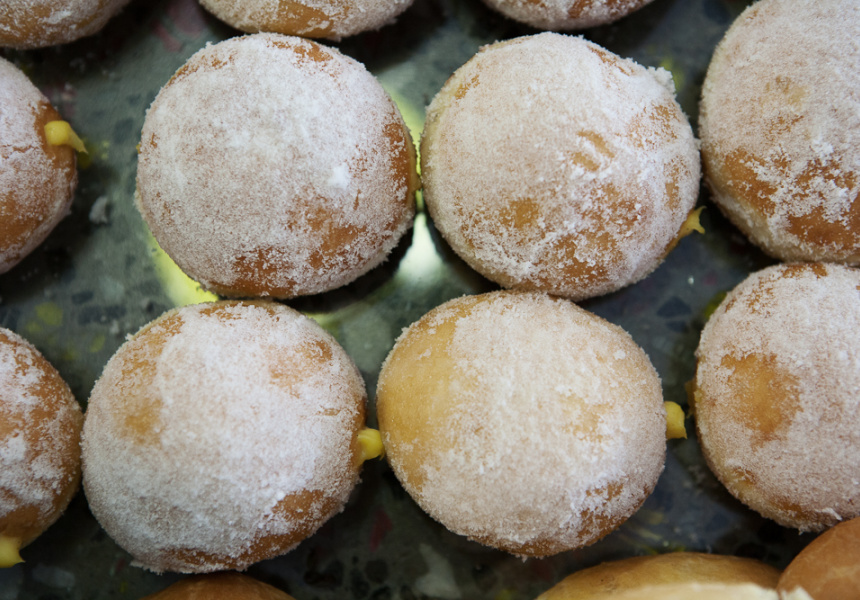 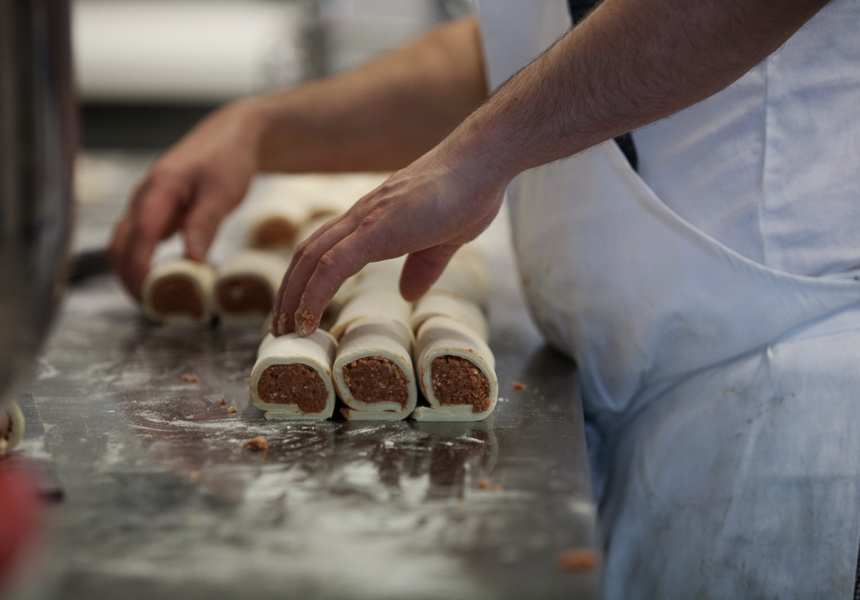 After selling Sugardough Panificio and Patisserie in Brunswick East, chef Toula Ploumidis and baker Orlando Artavilla went on a research trip to America. They came back with the idea of their Spotswood venture, Candied Bakery, which they’ve pinned as “an Aussie bakery with a twist”.

The spot, previously a barber shop, has been gutted and reworked to reflect a contemporary aesthetic, with interior advice by Foolscap Studio.

At Candied, the duo makes an array of baked goods such as lamingtons, fruit buns, croissants and cookies (think chocolate and marshmallow with sea salt), as well as organic bread and focaccia slabs.

There’s also soft serve, apple pie shakes (pastry and apple pulverised into a thickshake) and jelly donuts. And to make something different, the duo offers a lentil pie with fresh goats curd and an egg, or bacon one with homemade ketchup.

Also on the menu is a grilled cheese sandwich with a pickled baby carrot on the side “to cut through the grease” and a few hot rolls. And though Ploumidis and Artavilla are starting afresh, they’ve brought favourite Nutella croissants with them from Sugardough.