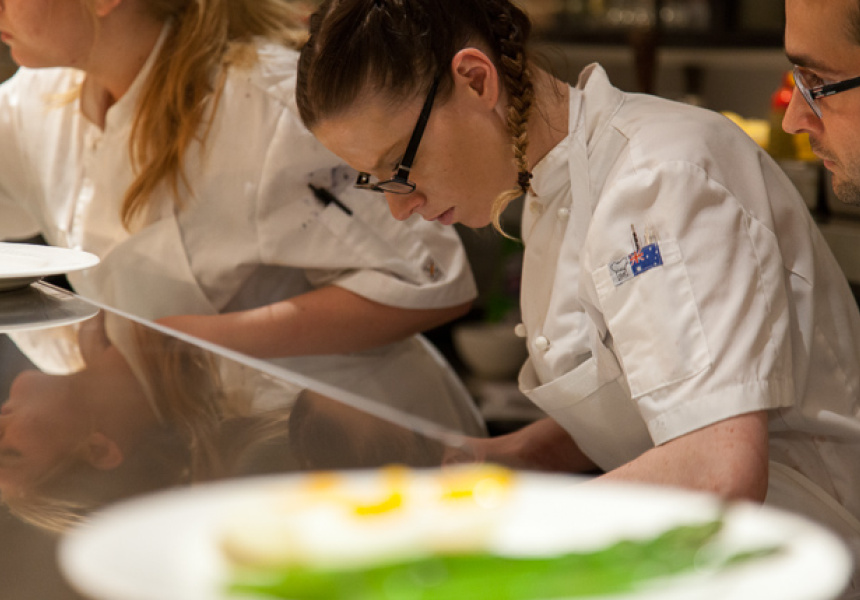 Despite Perry’s substantial stable of restaurants around Australia (many of which, including Rosetta, became part of the Urban Purveyor Group in 2016) Rosetta was his first foray into Italian cuisine. It aims to represent the breadth of the country’s cuisine, from the north’s rich, buttery pastas and braises; to the clean, seafood-driven dishes from the south, with an impressive range of wines to match.

Choices from the former region include agnolotti with roasted rabbit, veal and pork sealed neatly inside; and “gnudi” – spinach and ricotta dumplings upgraded with gorgonzola fondue and candied walnuts. From the latter, kingfish crudo and a simple orecchiette with anchovies, garlic and chilli. All the pasta is handmade by on-site sfoglina, Piera Pagnoni, who emigrated from Bologna in 2010.

The cuts of meat leaving the charcoal grill are harder to classify. Sure, there’s a monstrous Cape Grim grass-fed bistecca Fiorentina for two, something you can find in Italy. Ditto for the Otway Lamb rump. The cuts of seven-plus marble score Wagyu? Not so much. There’s clearly a bit of Rockpool rubbing off here, which isn’t such a bad thing.

Iain Halliday is behind the restaurant’s opulent interior, which was inspired by Harry’s Bar in Venice. White-jacketed waiters sweep past its marble tables and velvet banquettes to deliver plates with a minimum of fuss. Book the private dining room and you’ll feel like they’re your own tiny army. Otherwise, the bar seats looking into the busy kitchen or the alfresco terrace do just fine.

A recipe from Rosetta is featured in The Broadsheet Italian Cookbook. Buy your copy at shop.broadsheet.com.au.