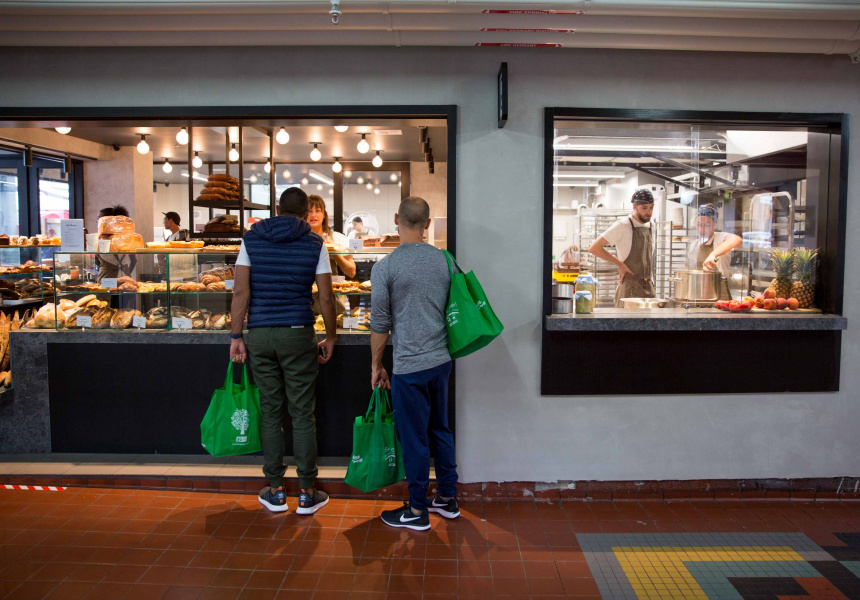 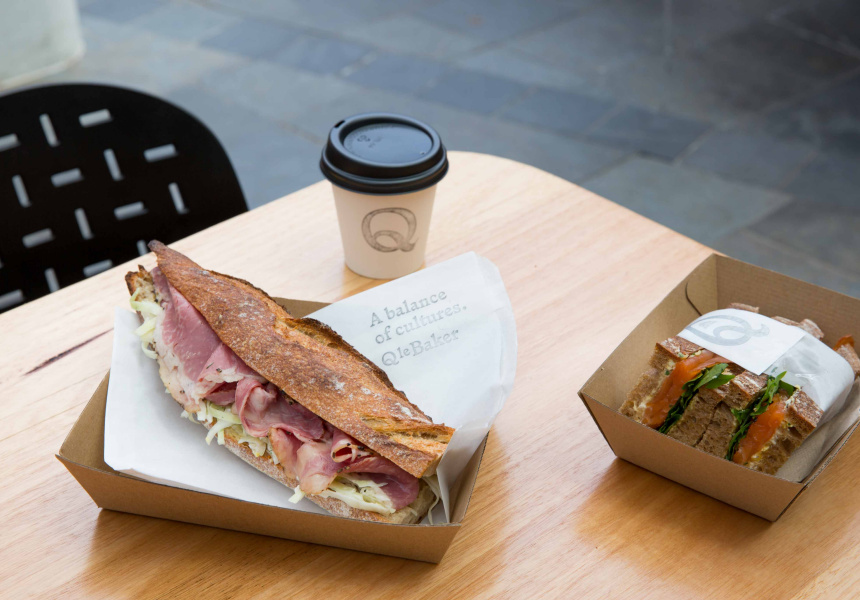 Quentin Berthonneau believes good quality bread has a dark, caramelised crust with a moist and golden crumb inside.

From the age of 15, Berthonneau worked as a baker and pastry chef in France, before moving to Australia, where he shadowed then-Vue de Monde head baker Tim Beylie before working with the bakery section at South Melbourne’s Chez Dré.

The store occupies a corner stretch of Prahran Market’s Market Square and has a fit-out that features two windows with views into the baker’s bright kitchen; the process is transparent, from the ingredients to the preparation and baking in the four-deck Bongard oven.

Ingredients come directly from farmers and millers, including organic stoneground flours such as rye, spelt and khorasan (also known as kamut) from Rolling Stone Mill and Laucke Flour Mills.

The focus here is on wholemeal flours and sourdoughs that use wild yeasts developed over time. Berthonneau says they are healthier, easier for the body to digest and result in less wastage.

Sandwiches and pies are filled with house-made ingredients such as goat’s cheese. The ginger beer used in the fruit loaf is made from scratch on-site. And Berthonneau visits other vendors at the market for items such as meat – from Gary’s Meats – to fill his whole-wheat-pastry pies. The brownie recipe is Berthonneau’s own. Instead of nuts he uses millet for crunch, and sprinkles sea salt flakes on top.