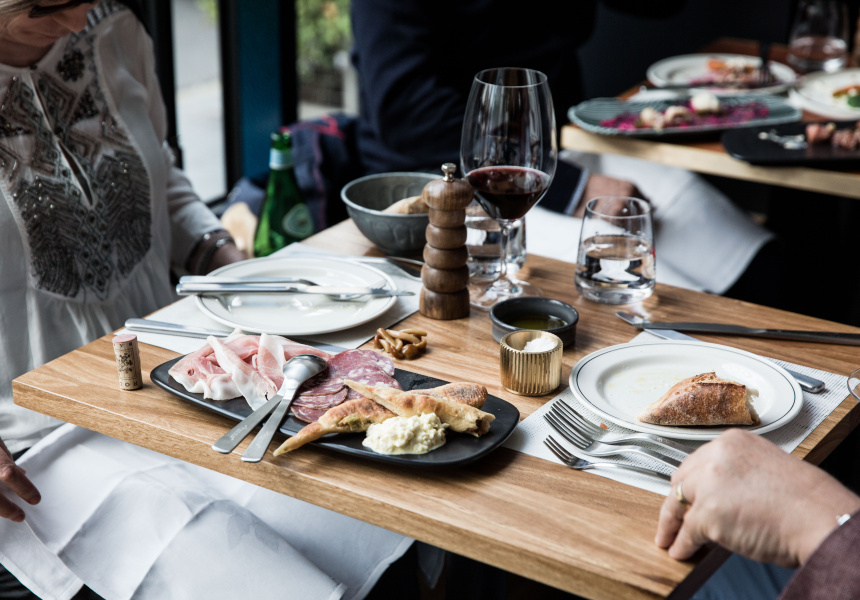 Bar Carolina is from Joe Mammone (the restaurateur behind Il Bacaro and Sarti), designer Chris Connell and engineer Michael Amore. They transformed the former Carousel Ice Cream store into a little slice of Venice, with terrazzo floors out front and textural floorboards out back, handmade leadlights in an azure tint, and custom-made steelwork by Amore.

Mammone imported a woodfire Josper oven from Spain, and most of the mains a blast in it, such as the wild barramundi encrusted in salt and herbs, which comes wrapped in a little parcel that steams it in its own juice. A 700-gram rib-eye, aged for 60 days, is served simply with a scoop of seeded mustard.

If you’re not feeling meaty, pasta’s rolled out in-house. We recommend the tagliolino con crostacei, long flat ribbons of noodles with Moreton Bay bugs, porcini mushrooms and dried chilli on top. The most photogenic dish, however, is a perfect sphere of tiramisu – seemingly beamed in from the future – full of coffee, savoiardi, chocolate and mascarpone.