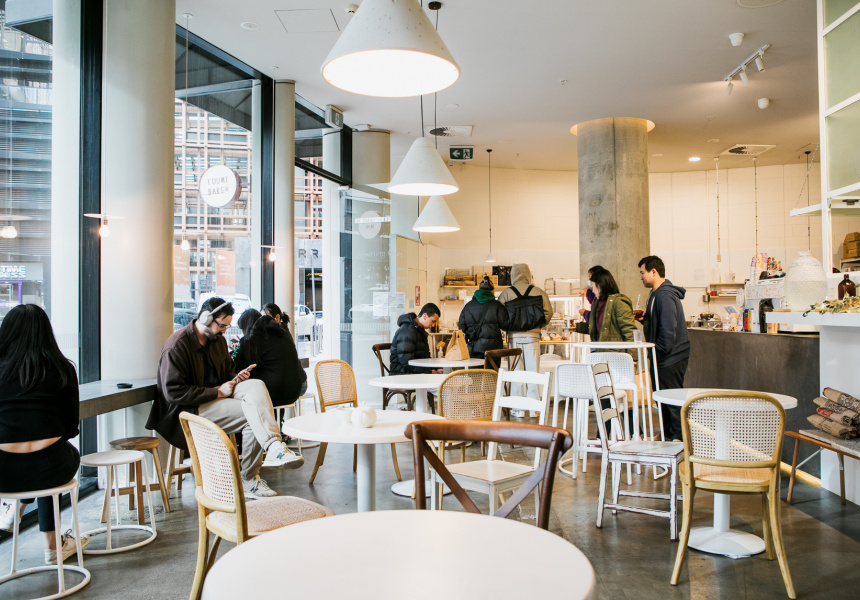 Pillowy soft, with a fine crumb and a crisp, tanned exterior, shokupan is a Japanese staple, and it’s gained an almost-cult following in Melbourne over the past few years. Sometimes called milk bread, it typically relies on a base of dairy and eggs, but at South Yarra’s Fuumi Baker, vegans aren’t left high and dry.

Joanne Zhang has tweaked the traditional recipe with coconut, and it’s just one of many vegan-friendly variations she’s trialling here. The standard shokupan – made with imported Japanese flour for its high protein content – can be ordered by the whole or half loaf. It also comes in the form of various rotating sandos (including the classic katsu), or open faced with toppings like peanut butter and brûléed banana, or matcha custard and red-bean paste.

The offering is an extension of local-favourite cafe Fuumi Fuumi in West Melbourne, though menu items vary between locations. Brunch and dessert are a bigger focus at the West Melbourne store, while in South Yarra it’s mostly about grab-and-go Japanese breads – you might find shio pan (which looks like a cross between a bread roll and a croissant) or yakisoba pan (a long, soft bread roll filled with stir-fried noodles).

The petite Daly Street space is just large enough to house Fuumi’s entire baking operation. All bread is baked there from 5am daily, then divided between locations.