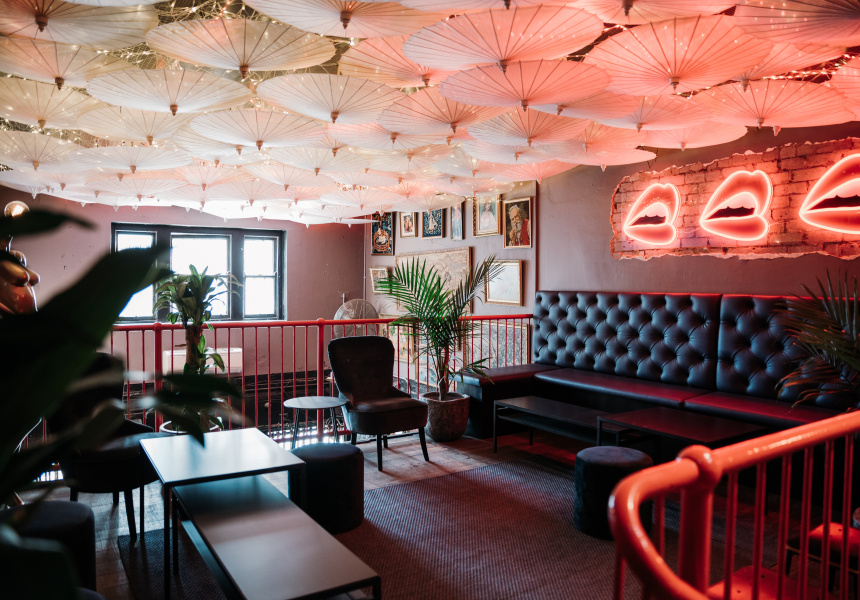 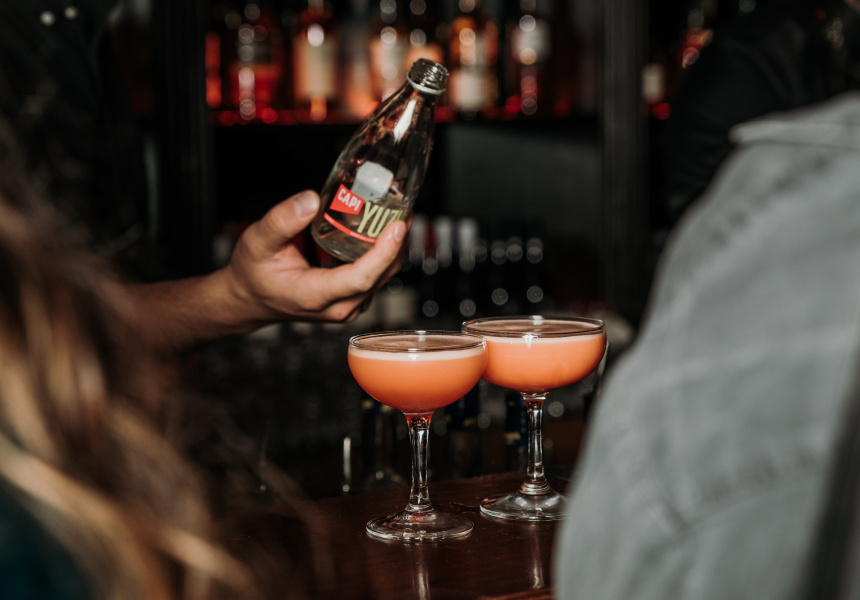 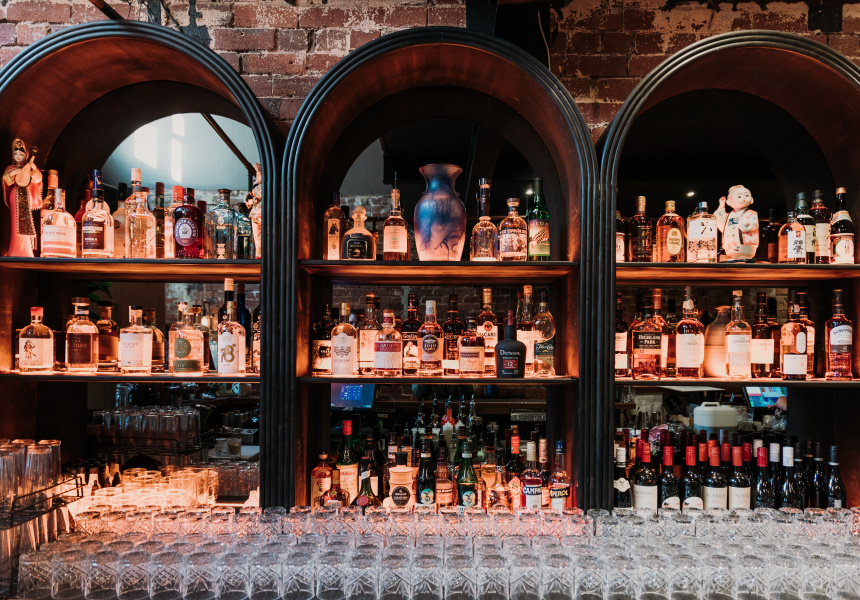 Talk to Me is an Asian-American fusion diner, cocktail bar and dance floor in South Yarra. It’s by Peking Duk – the chart-topping Aussie electro-pop act. Although band members Adam Hyde and Reuben Styles have each spent six years behind coffee machines, and have worked stints at Maccas, they’ve never worked in a bar before. They’ve enlisted the help of Sydney publican Steven Hiles.

Hyde and and Styles will DJ once a month in the venue’s courtyard, and throw parties. The idea is to foster community around music.

Also in the courtyard is a tree carved from a tree by competitive chainsaw sculptor Rob Bast. The tree comes straight out of the concrete floor with little fake breaks painted around its base. It also glows. As does its canopy, which stretches out over the courtyard. There’s also a whole wall covered in cross-stitched animals. From the mezzanine level’s roof hang more than 100 backlit paper umbrellas.

On the menu is a spam hot dog and three variations on a cheeseburger – but no actual cheeseburgers. One’s a cheeseburger bao, one’s a cheeseburger dim sim and the other’s a cheeseburger spring roll. There’s some seafood and a vegan section on the menu, too. The Espresso Martini variation here features Ratu chocolate rum, coffee liqueur and five-spice syrup. One cocktail comes with a thumb-sized zip-lock plastic bag filled with white something pinned to it. You get the idea.