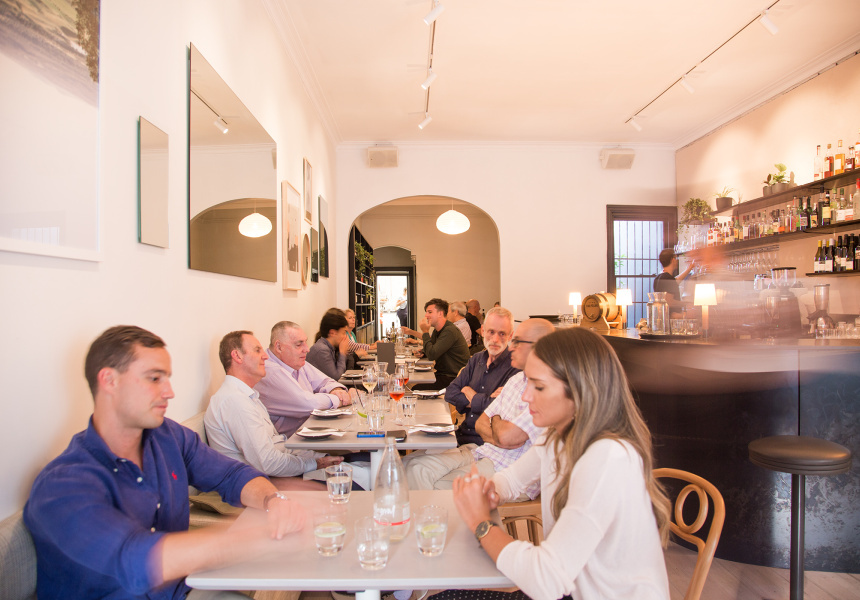 Shadowboxer bar and kitchen has a street-facing, century-old terrace where drinkers – and their dogs – can catch the afternoon sun.

Melbourne-based studio, Fiona Lynch, designed the polished light interior. Almost everything is custom-made, from the anodised metal bar and huge wine rack, to the bar stools.

The trio behind Shadowboxer has worked with each other, at different venues across Melbourne, for years. Michael Thom and Luke Thompson were together at Lucky Coq in its early days, and Thompson and Nick Aitken worked together at Borsch, Vodka & Tears for about four years.

The wines are only sourced from small local vineyards (such as Adrian Rodda's Cuvee de Chez from Beechworth). The beer list is also entirely Australian, and the spirit menu features independent producers such as Starward Whisky and Applewood Distillery. The vodkas are all Australian except for two Polish varieties, and in addition to the cocktail list, there are separate Martini and Old Fashioned menus. A barrel-aged Negroni – aged on-site in French oak – is the venue’s bestseller.