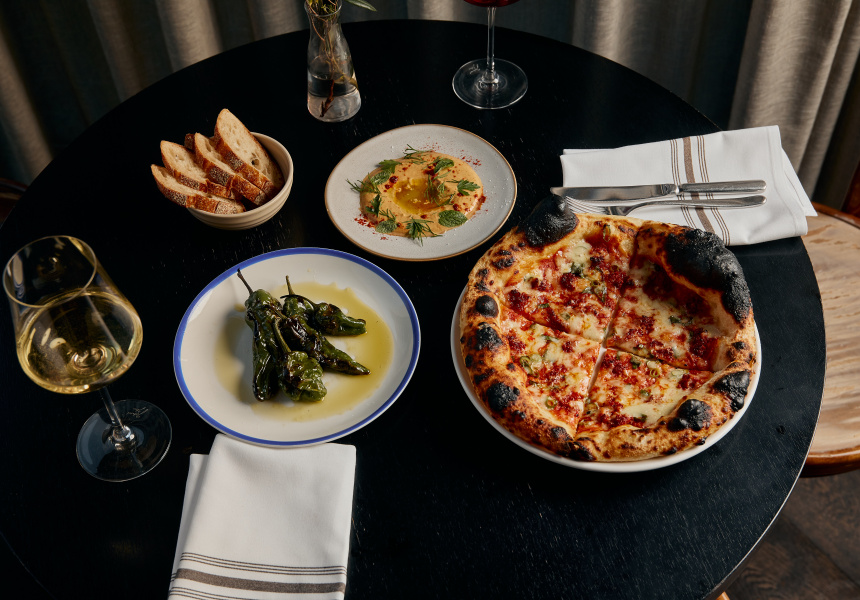 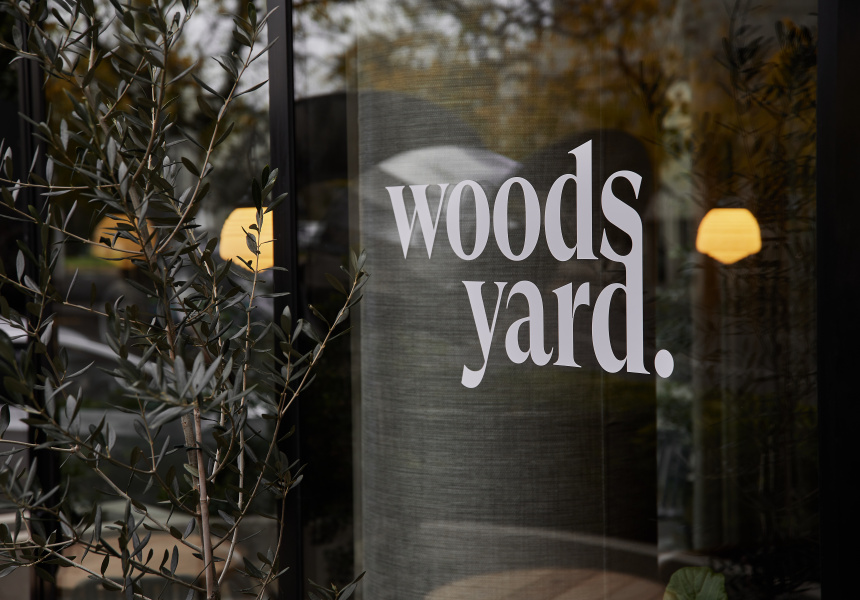 Woods Yard wears a few hats. Mostly it’s an nighttime wine and pizza joint. But it also happens to be a solid lunch stop-in, courtesy of daily sandwiches and salads; and a neat little brunch spot on Saturdays. No avocado here – just exceptional coffee and omelettes stuffed with rock lobster, when it’s in season.

Co-owner Kris Wood found acclaim in New York with Black Fox Coffee cafe – a successful slice of Australian coffee culture abroad. But a little slice of New York’s pizza game must have rubbed off on his brother Aaron, who he co-owns Woods Yard with: Aaron travelled to Perth to stage under World Pizza Champion Theo Kalogeracos and hone his skills in preparation for opening Woods Yard.

His sourdough bases are naturally fermented, using a blend of organic wholegrain wheat sourced from Berrigan, New South Wales. They’re laden with local produce, (guanciale, chilli and buffalo mozzarella, in one instance), before being fired in a wood oven. Aside from pizza, you might see the odd Milawa chicken cooking away in there, too.

The coffee comes courtesy of a who's who of the Aussie roasting scene: Seven Seeds, Market Lane and Sydney's Single O beans are all in use and rotation.

The list of natural, biodynamic and organic pours changes almost daily, with a handpicked selection of wild-fermented craft beers from the likes of Hop Nation on tap and by the tin. Cocktails are also a possibility.