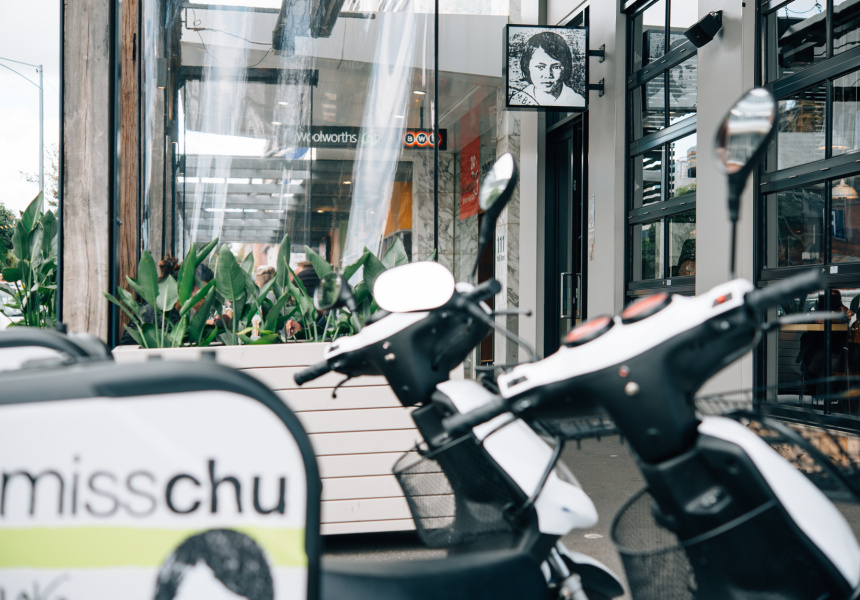 Melbourne is full of eateries founded by Vietnamese immigrants, but none of them can match Misschu’s colourful personality. Founder Nahji Chu escaped the Pathet Lao regime as a child, before surviving four years in Thai refugee camps with her family. Later, they immigrated to Australia.

Since 2009 the self-proclaimed queen of rice-paper rolls has played up the bright side of this bleak history. Her eateries across Melbourne and Sydney are branded with her 1978 passport photo and typewriter text reproduced from her family’s original visa. This third Melbourne outlet is no exception.

Fragrant Hanoi curries (vegan or chicken) announce their arrival via scent as much as sight, ready to be powered up with the outsized bottles of Sriracha on each table. If you overdo the heat, order a salving beer, sav blanc or coconut slushie (with or without rum). BYO runs from Sunday to Thursday.

Other hits include Wagyu pho, spring rolls, dumplings and a wide variety of vermicelli salads. These dishes might seem familiar, but like Misschu herself, they’re bolder, brighter versions than what you’re used to.