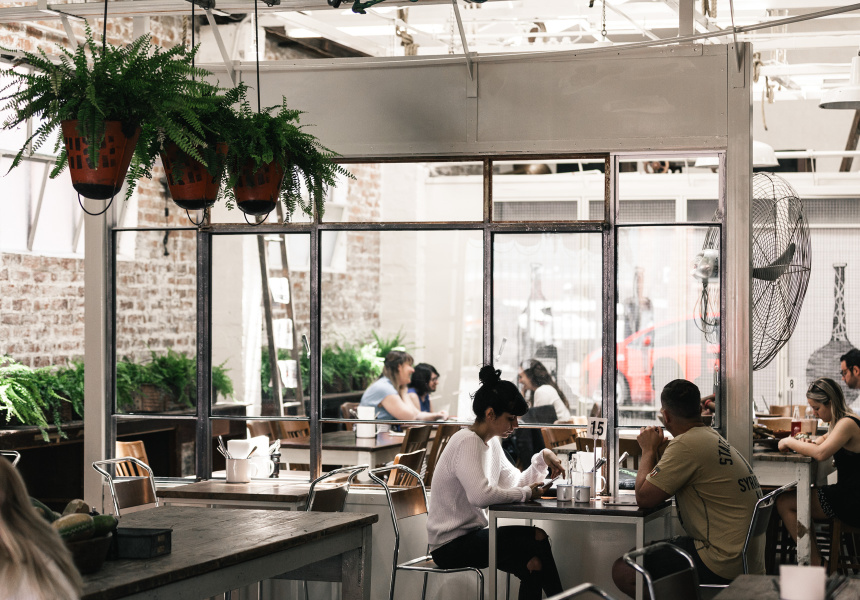 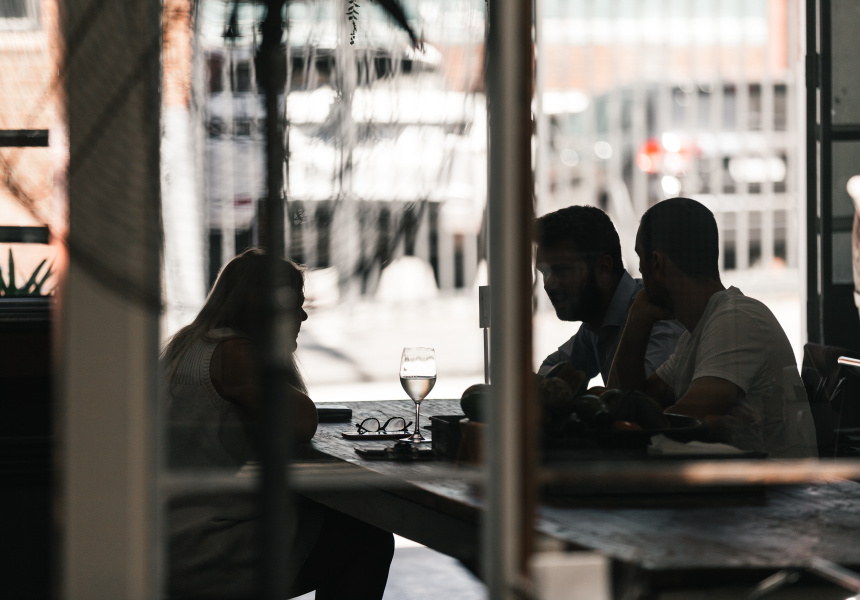 Lindsay Jones-Evans was inspired to create Meatworks after a trip to Spain in the mid-‘90s. He was wandering through an open-air market in Valencia when he saw what he describes as a “wall of flaming chicken” – rotisserie chickens, turning and spitting and flaming in the searing Spanish heat.

20 years and two venues later (The Victoria Room in Sydney, the Jones the Grocer empire), Jones-Evans brought this concept to life. It’s a casual, canteen-style eatery in a former mechanic’s in South Melbourne. The concept includes a variety of meats, cuisines and cooking methods.

The menu is pretty short but it changes regularly, and there are daily specials. It's also reasonably priced: the smoked-meat platter is $24. It includes smoked brisket, pulled pork, lamb and beef ribs, smoked hasselback potatoes and an array of condiments.

The aforementioned platter is very American, but it's listed alongside a Vietnamese smoked-brisket baguette and a Thai-style tofu dish (the one vegetarian offering).

The most common factor in the dishes is that almost all of them include a smoked element. Even the breakfast and brunch menus are mostly meat-based, the melon balls with sheep yoghurt being a notable exception.

Three reds, three whites and a sparkling are all available for $8 a glass or $35 a bottle.