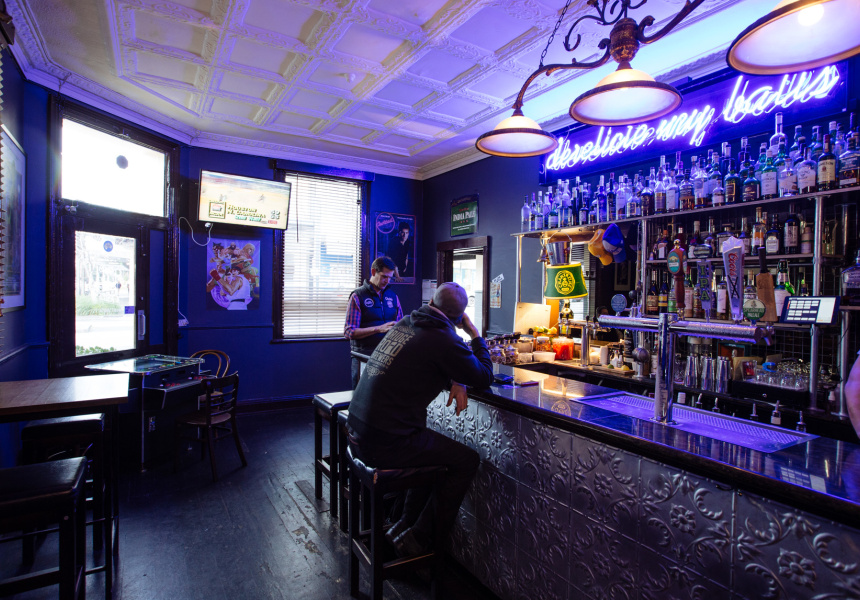 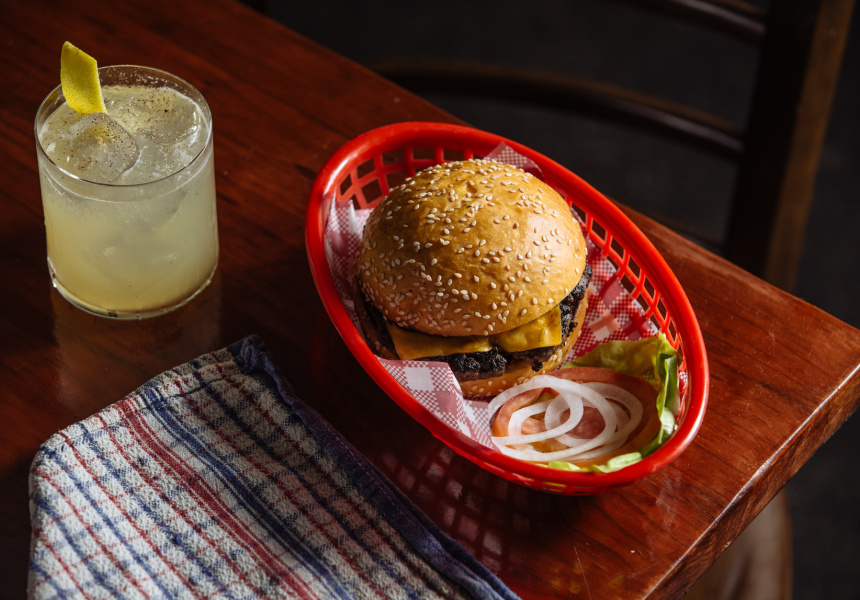 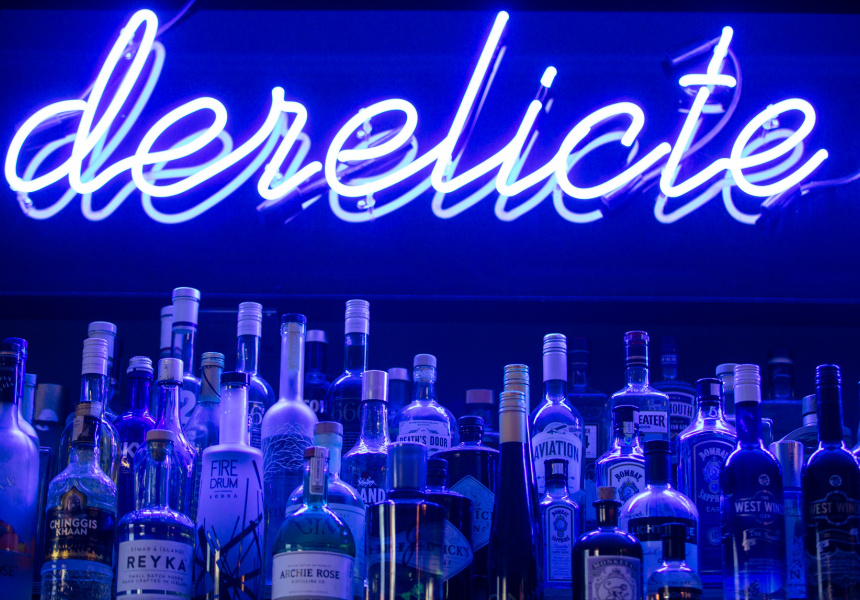 At Hats and Tatts –a frat-themed dive bar – a neon sign reads, in bright blue lights, “Derelicte My Balls”. No doubt you get the reference.

Founded by Jason Chan, part owner of West Winds Gin, and long-time hotelier in both Australia and NZ, the bar is a testing ground for the WA-based distillery.

There’s a 450-strong booze library with around 150 bourbon and ryes; the bartenders have all done stints in the best venues in Melbourne and Edinburgh, and there’s some real scientific drink-mixing gear. The venue makes its own cocktails on draught, it has micro-distilling equipment, a nitro kit and Co2.

The carbonating equipment, for instance, makes a crazy fizzy negroni. There are also Espresso Martinis on tap. Beers are American, with Coors and Sierra Nevada’s Hop Hunter on tap, and a broad range of unusual brews served only in cans.

The menu was put together by ex-Touche Hombré chef Nick Willard. The fried chicken is brined for three days in salty buttermilk; the Faux Boy po boy uses oyster mushrooms instead of oysters; and the Rueben Sandwich has been consolidated into Rueben croquettes.

There’s pinball in the corner, Streetfighter and Top Gun posters, and a ‘90s teenager’s dream collection of baseball caps. Springsteen is singing and 99 Problems is about to come on. A Phil Collins track lingers.