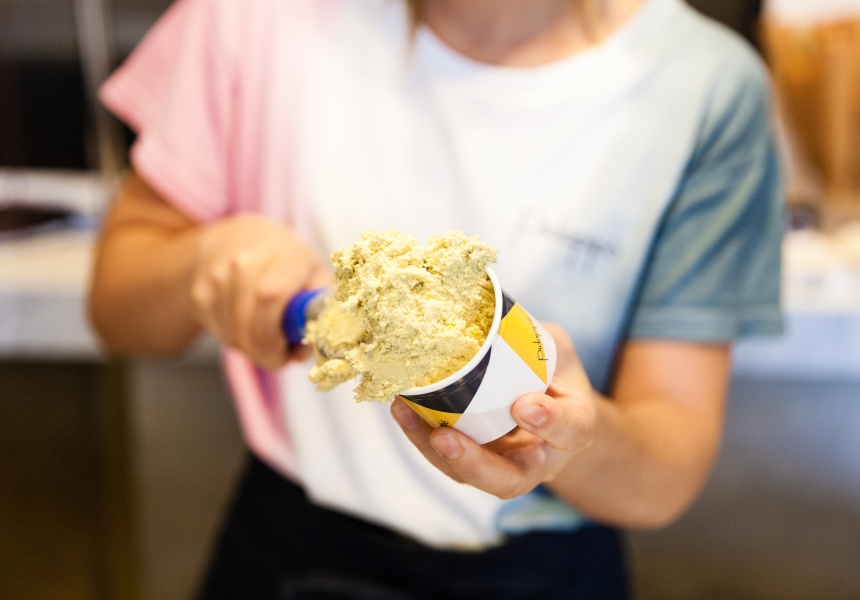 Lisa Valmorbida’s gelataria, Pidapipo is named after an Italian version of Simon Says she used to play with her nonno. On the premises she makes gelati in flavours such as such as pistachio, rose, coconut, ricotta and fig and Nutella swirl (similar to a stracciatella, but instead of chocolate chip it’s got Nutella and Nutella sauce on the top).

There's also a chocolate tap that fills up the inside of your cone with dark, milk or white chocolate; and affogato like the Italians do it, with toppings such as chocolate sauce, sabayon, amarena (Italian sour cherry) and the traditional espresso.

The store was designed by Melbourne interior architect Rabindra Naidoo, and is inspired by Italian design of the ’50s and ’60s, rich with steel, brass, marble, stone, terrazzo, tiles and leather.

Features include the pozzeti display, which keeps gelato in tins with lids to maintain freshness. Made from scratch daily, Pidapipo uses quality ingredients from Italian and local producers such as pistachios from Sicily, hazelnuts from Piedmont, milk from Warnambool, cheese from St Kilda cheesemongers La Formaggeria and honey from a bees nest on the roof, set up by Honey Fingers.

A recipe from Pidapipo is featured in The Broadsheet Italian Cookbook. Buy your copy at shop.broadsheet.com.au.