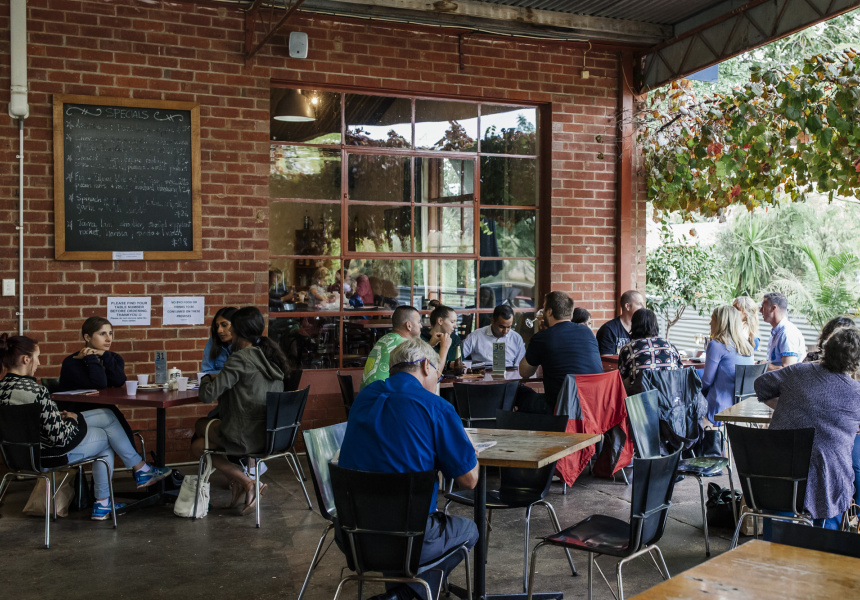 David and Anne Brown acquired a taste for the soft luscious cheeses of Europe on a trip to the continent in the 1970s. When they returned to Australia, all they could find was a painfully sharp Danish blue and a canned camembert. So they decided to give cheesemaking a whirl themselves, opening Milawa Cheese Company in the town’s historic butter factory in 1988.

Milawa employs traditional cheesemaking methods. Every wheel is made, turned and washed by hand. The team uses non-animal rennet and no preservatives apart from salt. Head cheesemaker Stephen Russell has lead the cheeserie for more than 20 years, and David and Anne’s daughter Ceridwen is now heavily involved in the business.

The company’s Milawa Blue and King River Gold were the two original creations, and continue to be the most popular cheeses today. But now there are 17 products to work your way through at the tasting room, including cow and goat cheeses. Cow’s milk comes from Whorouly up the road, and goats milk from Mansfield.

The adjoining cafe serves cheese and antipasto platters; chèvre soufflé; chicken salad with Milawa brie; and chestnut gnocchi with tomme (a hard cheese). There’s also an entire menu of cheese pizzas, which you can pair with local wines.

Sourdough is made on site and there’s also a larder packed with Victorian jams, relishes and pestos; Milawa organic pastured eggs and Krueger’s Smallgoods.