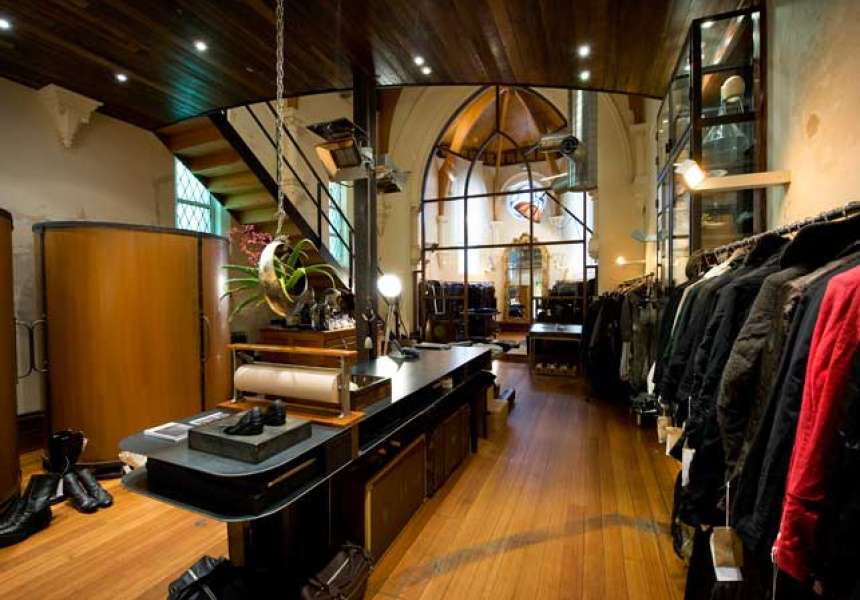 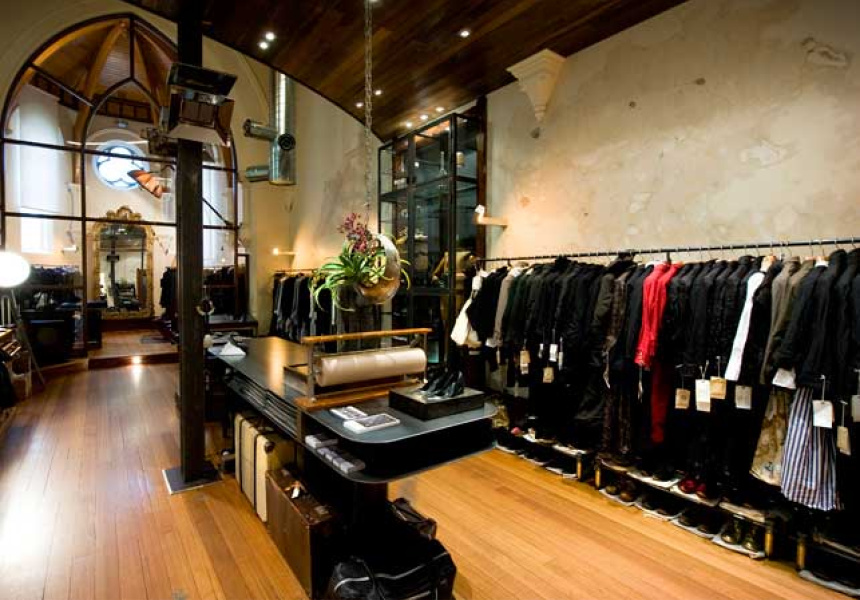 Set among the cheap Asian takeaway shops along the Grattan Street strip in Carlton is the renovated 19th century chapel that houses Eastern Market. It's a fitting venue for a clothing boutique where fashion is the religion.

The store – replete with stained glass windows and a dramatic, light filled apse – showcases clothing and accessories that shy away from the reserved austerity of its former inhabitants, with international pieces by designers such as Paul Harnden, Carol Christian Poell and Elena Dawson, and a host of others from the Europe, Japan and the UK.

This is a shop where basics and minimalism don’t exist. Instead, fur, leather, studs and bone have all been manipulated by hand to create artisan garments dipped with Gothic allure. Huge chests and cabinets coffer up row after row of eye glasses and jewellery laden with skulls and crosses, all the while ambient, organ-like music undulates about the space, reiterating the store’s former life.