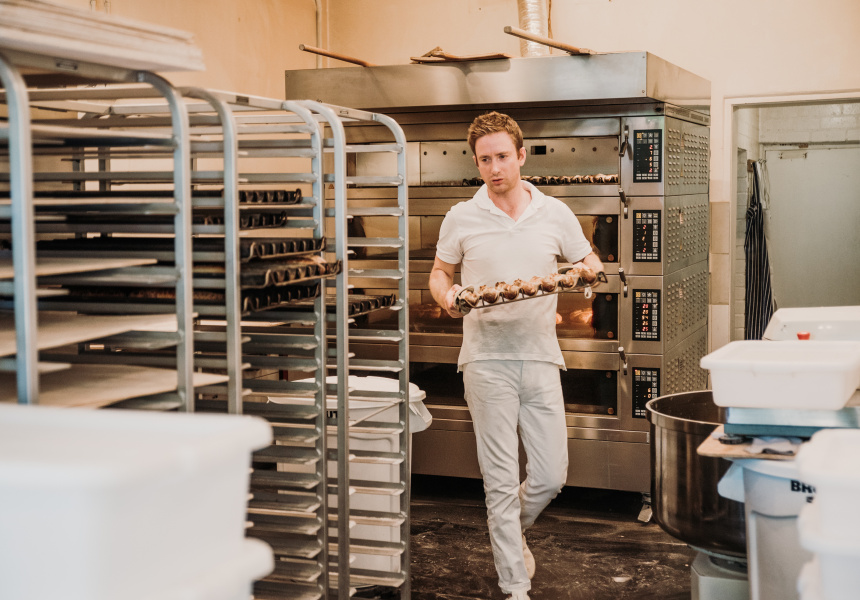 Baker Bleu relocated to a larger site in Caulfield North in 2019.

As a kid Mike Russell was known as “Blue”, thanks to his strawberry-blonde hair. He revived the name – albeit in French – for his bakery, which opened at the beginning of 2017. Baker Bleu quickly gained a reputation for shaping some of the best loaves in Melbourne. It makes sense: before this, Russell worked at Melbourne’s Baker D Chirico and Sydney’s Iggy’s and Bourke Street Bakery. The three spots are considered among the best bakeries in the country.

Russell and his team work exclusively with sourdough. Bagels, baguettes, white and rye loaves are fermented for 18 hours, resulting in beautiful caramel-hued crusts favoured by many top restaurants – most notably Attica, just down the road. Rotating specials feature ancient grains such as spelt, purple wheat and kamut.

Most of the site is dedicated to production, and indeed the small retail area at the front feels simply like an extension of the kitchen. Freestanding racks hold the day’s offerings, which empty quickly as locals duck in and out to collect their daily bread.