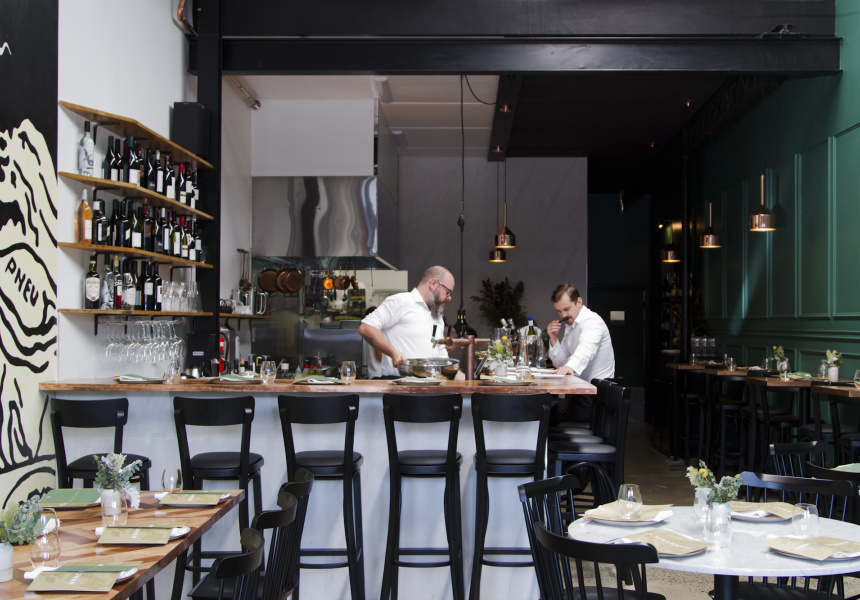 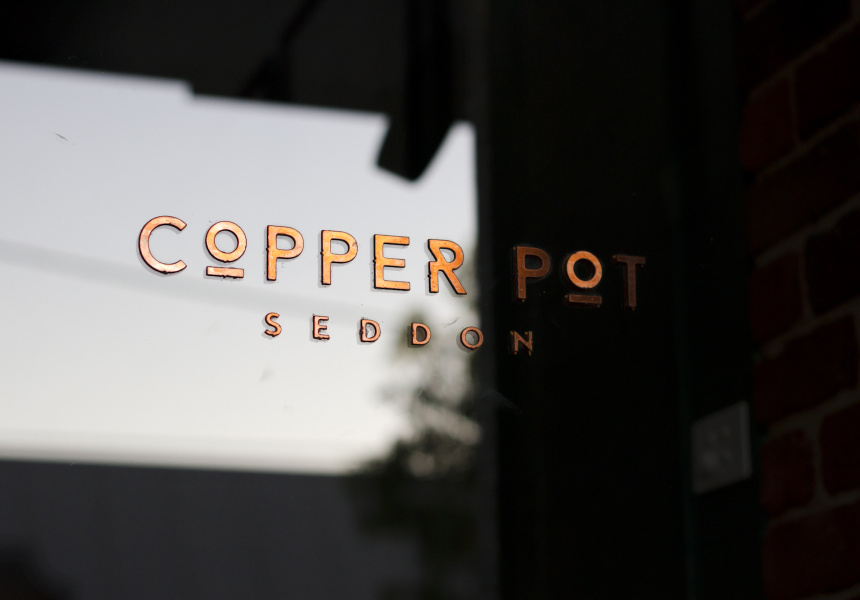 Copper Pot is the first business venture by chef Ashley Davis. The former head chef at Pure South at Southgate opened the 60-seater with his wife Janine, chef Sascha Rust and designer Craig Bridge in the closing months of 2015.

The former Reservoir boy was head chef at two-Michelin-star London restaurant Hélène Darroze in the late 2000s. Soon after, he travelled through the continent and now wants to share his love of that part of the world with the folks of Melbourne’s west.

The European influence in the menu moves through countries and cuisines depending on the season and produce availability. Dishes have included king prawns from Lakes Entrance with chilli, garlic and Fino sherry, and moule frites (Victorian or Tassie mussels depending on supply, with fries).

He’s also been known to buy half a cow from Gippsland that he and Rust utilise according to the cut they’ve taken. It’s a sustainable choice that considers waste and highlights the different flavours and textures of the animal.

Designer Craig Bridge has created a thoughtful space with original Bentwood chairs, warm woods and a mural on one wall of the Michelin Man. It’s a nod to the original motoring guide that turned into the powerhouse reference book it is today, and a salute to team’s love of exploring Europe.