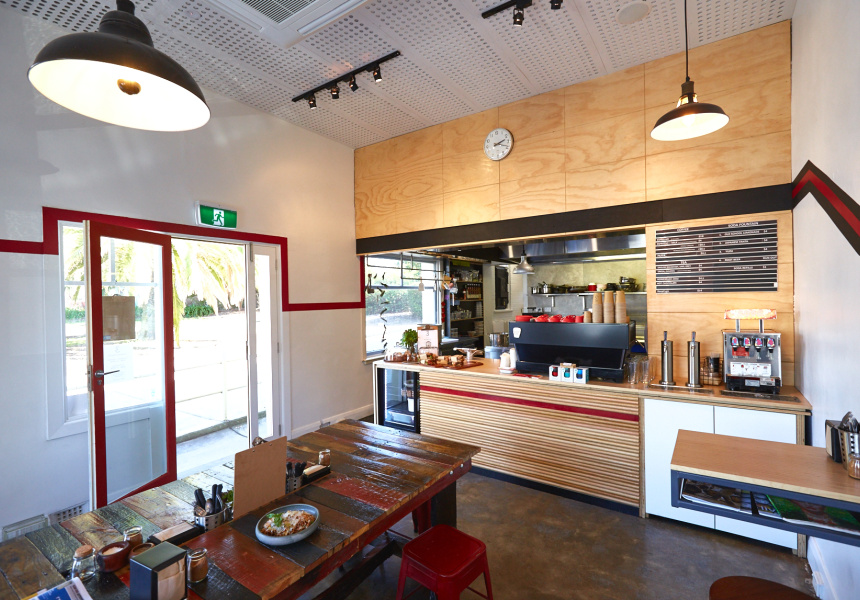 Michael Bascetta has a soft spot for Ripponlea. Every day for three-and-a-half years, he’d walk past the train station on his way to Attica. An empty shop, right next to the train station, regularly caught his eye.

After winding up at Attica; starting his own venue, Bar Liberty; and founding the latest Australian food conference, Grow Assembly, Bascetta has returned to Ripponlea. Together with David Maccora (who formerly owned Attica before selling to Ben Shewry) and chef Vicky Symington, he has opened Lot 3, a little cafe focusing on Italian-style takeaway.

The team fit out the former stationmaster’s house themselves, roping in family to build the central table from train sleepers and old pallets, and the metalwork standing tables that line the walls.

The menu has a family connection, too; Bascetta’s grandmother provided the recipe for the pickled green tomatoes used in the porchetta roll, and the homey refried pasta served simply with parmesan.

Vegetarians get more than a cursory look-in with a hefty fried eggplant parmigiana sandwich covered with homemade red sauce.

Matt Forbes’s croissants are on the counter. Pear scrolls and Sicilian “ugly biscuits” are made in-house from meringue and almond meal. The sodas are all homemade, with a yuzu soda, old-school lemonade and a Japanese Fanta (made with mandarins) dispensed from a converted Coke machine. The coffee comes from Proud Mary in Collingwood.