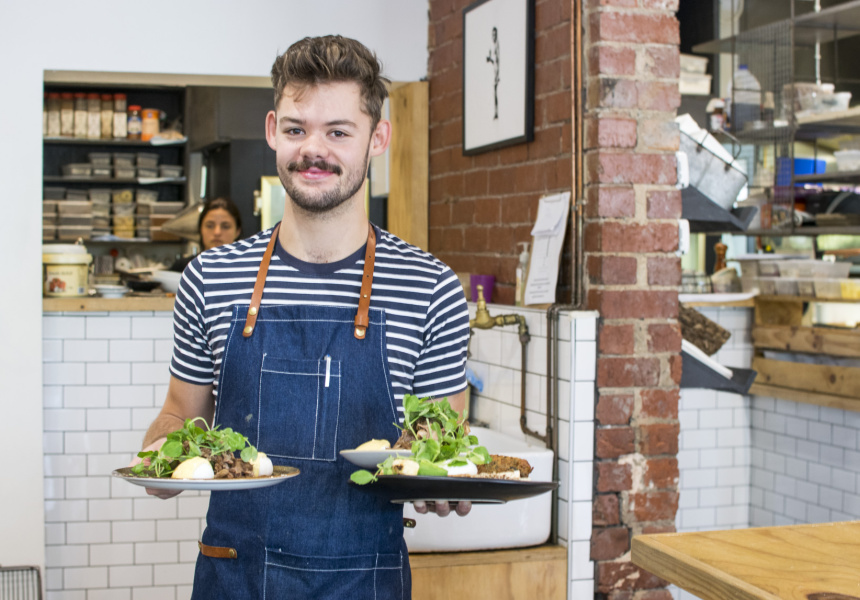 Owners Kevin and Amanda Huang are big on supporting local businesses. There’s a cabinet filled with baked goods from Noisette, Bistro Morgan, Miss Ladybird and The Rawsome Kitchen; the meat is sourced from Felice’s Butcher; and coffee from Redstar in Port Melbourne. The menu’s three-grain porridge is a blend of bulgur wheat, amaranth and oats developed for the cafe by neighbouring The Staple Store.

The interior design is best described as enduring. The feature wall and signature communal table are composed of haphazard timber off-cuts reclaimed from construction yards, which match the recycled red bricks, antique furnishings and a mural of timeworn newspapers.