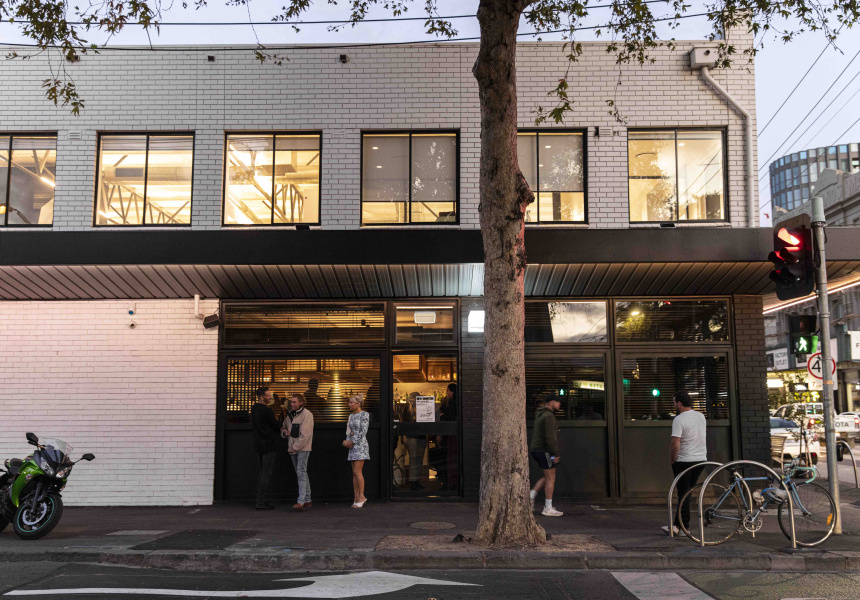 When Commune Group – also behind Tokyo Tina and Firebird – opened Hanoi Hannah New Quarter back in 2018, it was slightly more refined than its siblings in Windsor and Elsternwick, but operated on a similarly fast-paced, in-and-out rhythm. In 2021, it was given a complete overhaul, to differentiate itself even more from its siblings.

Head chef Scott Lord presides over the kitchen – he once held the same role at Tokyo Tina, between stints as chef de partie at Cumulus Inc and sous chef at Sunda.

Plus, nuoc mam “caviar” (not the real stuff, but nuoc mam that’s been turned into little spheres that will pop in your mouth) with crumbed chicken terrine and Laughing Cow cheese; cha ca-style barramundi fillet with burnt butter nuoc mam; and half a roasted free-range chook with green nam jim (Thai dipping sauce) and nutty annatto oil.

Wines are all-Australian and so are most of the beers, with the exception of 333 rice lager from Vietnam. The cocktail list includes a Lowball with a Vietnamese-coffee ice cube floating in Bacardi spiced rum, Amaro Averna and orange bitters; as well as a spring roll-topped Bloody Mary, spiked with soy and sriracha; and a Kaffir Lime Margarita.

Architect Ewert Leaf and design agency Space Between are behind the refurb, and the corner spot looks nothing like its former self. It’s bigger, with the adjoining takeaway space turned into another dining area, but more intimate too. There are fewer seats now, and banquettes invite diners to settle in for the long haul, while the cork-topped tables, textured walls and warm lighting bring a more muted, modern feel.