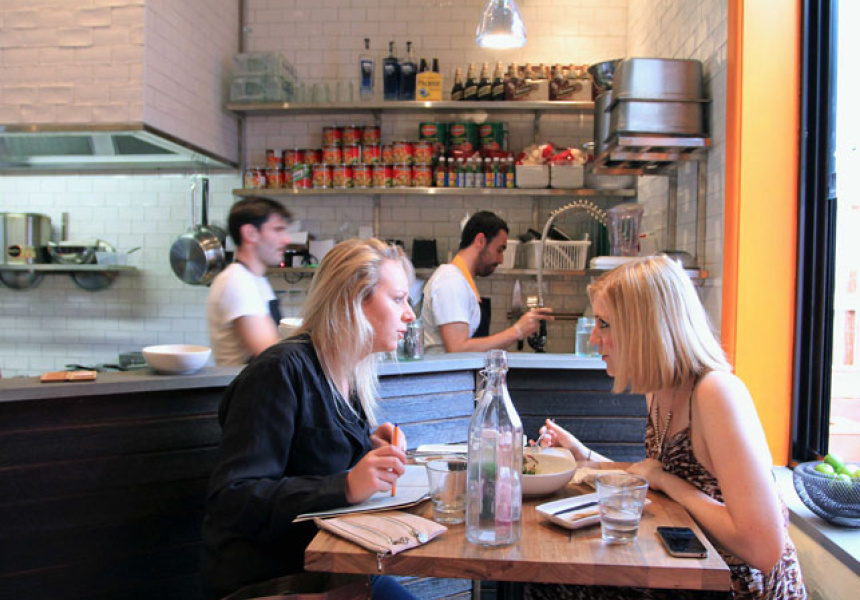 Fonda, or “La Fonda” refers to a hotel or a small house in Mexico that does food. Fonda serves that Mexican hospitality to droves of Melburnians across several locations.

Owners David Youl and Tim McDonald describe the restaurants as a, “Casual, accessible Mamasita.” It has its own take on good food served quickly. So ditch the idea of greasy minced meat, because at Fonda, you’re more likely to get a braised-pork taco filled with pineapple, coriander and lime, without any hospo pomp.

Fonda sources its tortillas from La Tortilleria. All of its fresh ingredients come from the Queen Vic Market, and rice is substituted with quinoa. Fonda’s never claimed to do traditional Mexican street food, but if you’re looking for a quick, filling Mexican-inspired lunch, look no further.