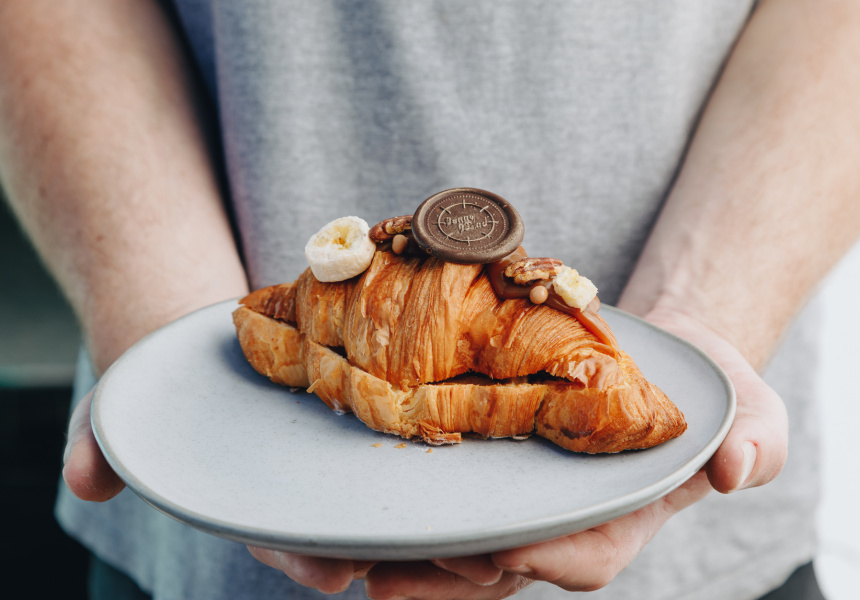 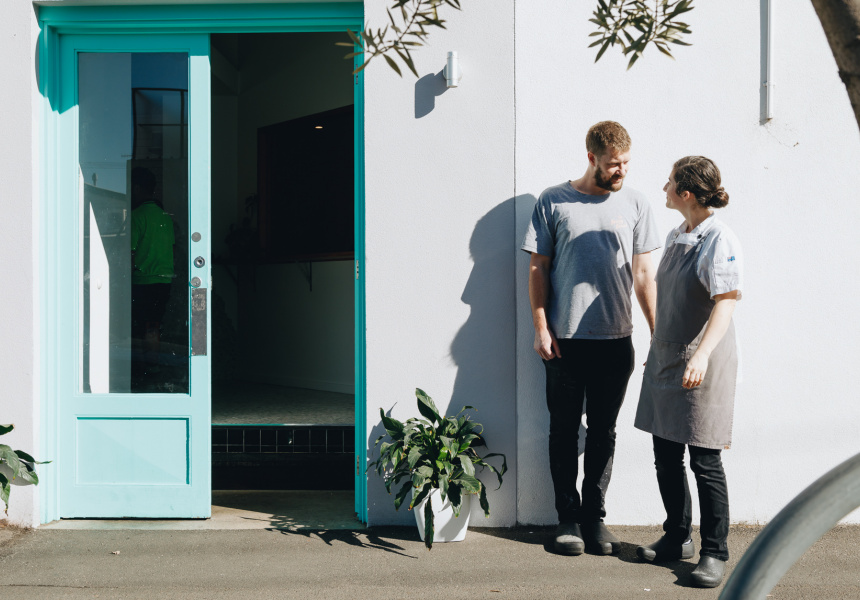 When ex-Merivale pastry chef Matilda Smith moved from Sydney to Melbourne, there was one form she’d set her sights on mastering – viennoiserie or laminated dough, such as croissants and Danishes.

Soon after she started working at Aunty Peg’s the bakery section shut down, leaving her jobless.

Then serendipity struck. Smith’s partner Ben Wilson got talking to the barista across the road from his work. They had a friend, who knew a friend, who was opening a cafe on Bridge Road and wanted to rent out the bakery kitchen out back.

Smith got practicing on an old pastry sheeter the couple found on Gumtree and assembled in the lounge room of their one-bedroom Collingwood apartment. That was 18 months ago. Ever since, Penny for Pound has been wholesaling pastries to cafes such as Pillar of Salt, Mr & Mrs Anderson and of course, Mayday – the friend of a friend’s cafe on Bridge Road.

Smith and Wilson’s storefront, Penny for Pound Bakery, was always part of the plan.

The offering is split into two sections. Pastries such as fruit Danishes and traditional croissants (plain, almond, and ham and cheese) sit in glass cabinets. The fridge holds petit gateaux (which roughly translates to “small cakes”) such as hazelnut and earl-grey orbs, and yuzu tarts with black sesame.

The petite space has marble surfaces, penny-round tiles (fittingly) and only a slim bench to prop your treat on if you want to eat in. Patrons can watch as the team kneads, laminates and rolls its croissants, which take three days to make.

As much as Penny for Pound is steeped in technique and tradition, Smith’s “old but new” ethos has her mixing up recipes too. The proof is in the cruffins; the already popular strawberry-cheesecake croissant; and a fig, honeycomb and orange crème-brulee doughnut that won the judge’s choice award at 2018’s Donut Fest. You’re not likely to stumble across the bakery walking down Bridge Road, because the door is on Lord Street. It opens at 8am on Friday, Saturday and Sunday, and closes when goods are sold out, which has been around 1pm so far.