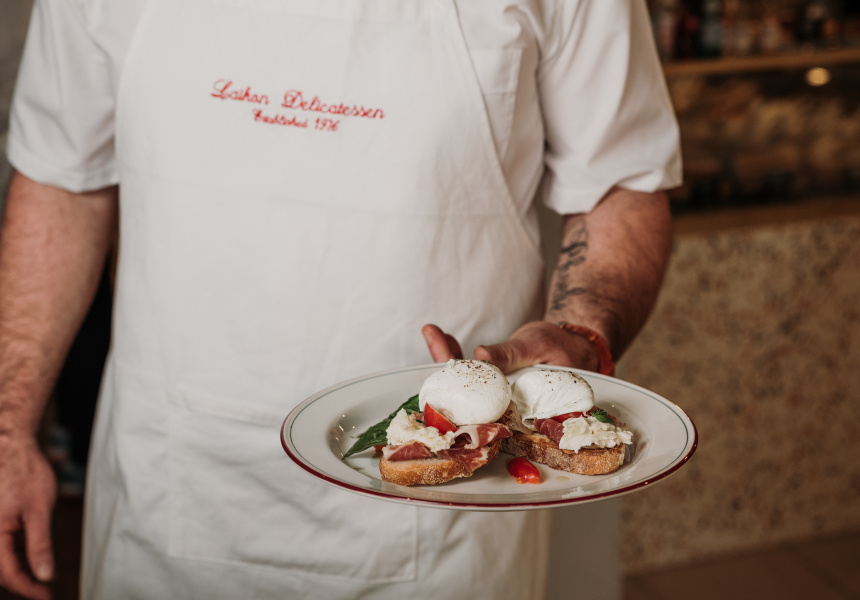 Laikon Deli has been in Jon Pandolean’s family for three generations. His grandparents opened the Greek deli in 1976, then handed the keys over to his parents in 1981 – the same year he was born. Twenty-eight years later, his folks passed the torch to Pandolean.

He extended operations to a European eatery next door. It’s more modern, but still an ode to the old-school. There are exposed-brick walls, terrazzo marble countertops and Bentwood chairs.

The deli counter hasn’t changed, and is watched over by old family photos. It’s stocked with Italian dried pastas; Allpress coffee beans; imported and local cheeses; truffle salami; and baguettes generously stuffed with roast chicken, almonds and chives, or rare roast beef. The rail hanging in the front window displaying more cured meats has been there since his grandparents owned the shop.

Some menu mainstays have lasted since the ’80s too, including Pandolean’s mum’s semolina cakes and baklava fingers. His mum’s recipe for bougatsa – a vanilla-bean-custard pie served warm with apple and rhubarb compote – also gets a workout.

Many of the dishes are made with ingredients stocked in the deli, so you can re-create dishes at home. The Greek feta and Greek olives have come from the same supplier since 1976.