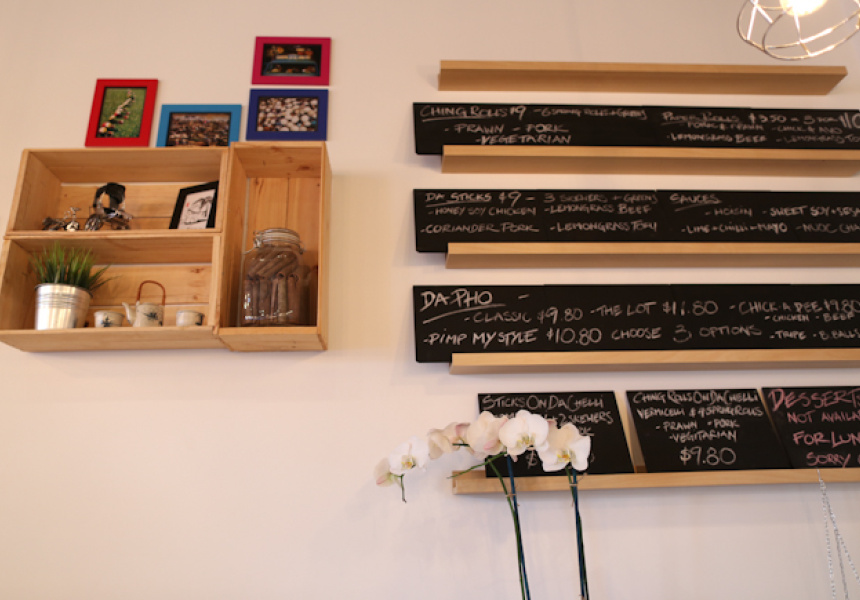 The charm of the majority of Melbourne's favourite pho joints lies in their decor – or lack thereof – with most choosing not to decorate beyond plastic chairs and tables, mirrored walls and mounted TV screens. Wat Da Pho definitely deviates from this pattern, presenting a considered interior filled with Vietnamese knick-knacks and pho paraphernalia.

The venue may be dressed to the nines, but the pho is traditional, authentic and (perhaps most importantly) under $10. Diners also have the option of building their own pho with their preferred choices of noodles and meat. The stock is cooked from scratch with natural ingredients and zero MSG, with the recipe devised by head chef Kim Tran and manager Danh Nguyen after travelling back to Vietnam to learn the science of making one of the country's most celebrated dishes.

Wat Da Pho is licensed, so diners can offset their spicy pho with alcoholic blended ice drinks like Bom Rau Thom (apple, mint, coconut and vodka) or Ngan Dua Khom (pineapple and coconut with lychee liqueur), not to mention a selection of non-alcoholic smoothies.