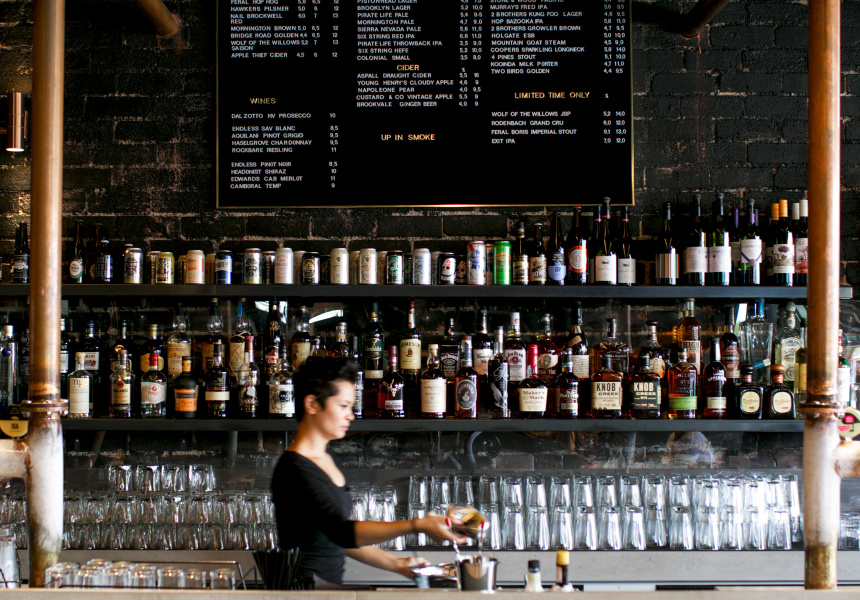 Unless you grew up in the ’70s or ’80s, the Cheech & Chong reference might go over your head. Up in Smoke was the first feature by the duo, and co-owner of Footscray’s Up in Smoke, Shayne McCallum, is a big fan.

It’s an especially apt name for a barbeque joint where the star feature is a $20,000 smoker. The big, red, double-barrelled beast – also known as a Yoder Frontiersman – burns overnight, slowly cooking and smoking brisket, pork shoulder, ribs and sausages.

The food is “American-ish” – not particularly traditional. The menu includes retro-style potato skins, which are deep-fried and then filled with mashed potato, jalapeno, sour cream, cheese and chives. And mozzarella sticks, filled with house-smoked mozzarella and served with plum sauce.

Up in Smoke is a sleek, masculine space with a back bar and main dining area, concrete table tops, black-leather chairs and charcoal-black brick walls. There’s a beer garden out front, and diners can get stuck into the many craft beers available. There’s also a good selection of bourbon and other brown liquors, and a decent wine list.